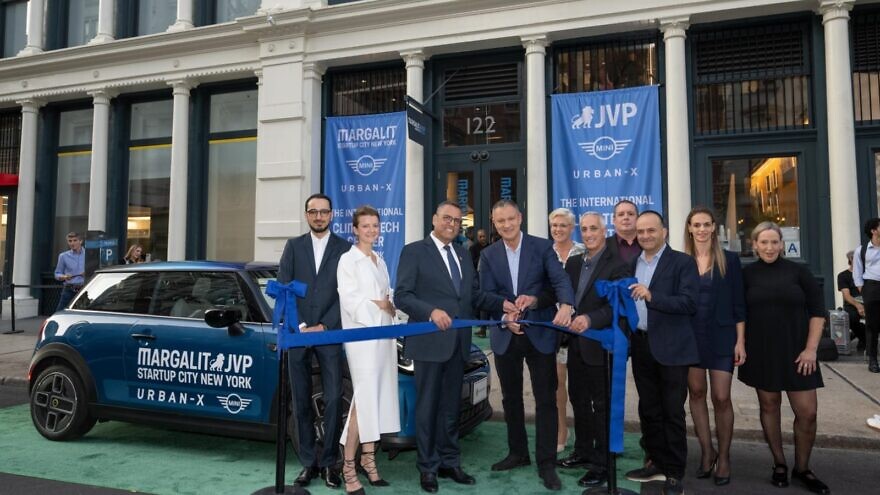 (September 16, 2022 / JNS) Erel Margalit wants to change the way the world thinks about the climate. The high-tech and social entrepreneur says it’s time to put an Israeli twist on the topic.

“We want you to stop thinking about poor polar bears on ice in the middle of nowhere. We want you to think about unicorns because it’s going to be good business,” Margalit told JNS about the Wednesday launch of his new climate tech hub in New York City.

Margalit’s venture capital firm Jerusalem Venture Partners, together with the MINI car company, the URBAN-X venture accelerator program and the City of New York, are partners in the new International Climate-Tech Center at Margalit Startup City NYC, which launched on Wednesday.

More than 250 companies and startups have already applied to join the initiative focused on scaling and growing emerging technologies with the aim of reaching unicorn status – a startup’s valuation of $1 billion.

The center, located next to the International Cyber Center in SoHo, will bring together cyber, fintech, foodtech, agritech and urban technologies to the forefront of the climate arena, positioning New York City as the global capital of climate innovation. It’s a holistic approach to the problem, which plays to Israel’s strengths.

‘It’s time to have a firewall for climate’

“Israel is one of these countries that usually moves forward quickly when there’s a new challenge. We were first in food tech, we were first in cyber, we were first in some of the technologies that are now changing and protecting the world. Well, cybersecurity is great, but it’s time to have a firewall for our climate and for our planet as well,” said Margalit.

He lamented that Israel was caught flat-footed when it came to recognizing and advancing solutions to climate change, but said it’s not only up to the government. He said Israel’s famed high-tech sector, which has long been at work on solutions to other challenges, can be incorporated on the climate front.

“The high-tech sector creates with cybersecurity companies that are absolutely relevant for climate change because they protect the city grid that protects the water, the air, the energy, the transportation and the livelihood of people,” said Margalit. “Let’s come with concepts like blockchain and find financial concepts that will allow people to know how much they’re spending and how much they’re wasting and how much they’re polluting. And if they want to do something about it, they can trade it.” 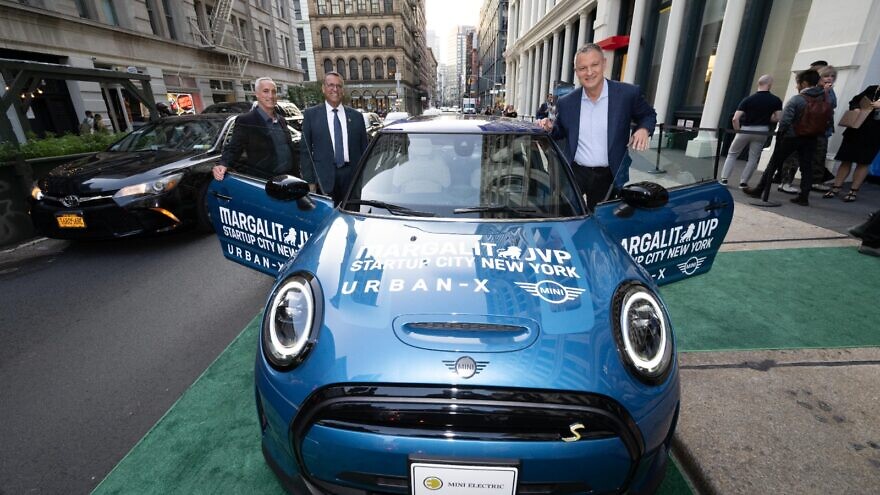 One of those companies is Copilot, whose technology gives smart consumer electronics manufacturers the opportunity to automatically engage users, leading to improved onboarding and reduced product returns. Not only does this approach mean more revenue, but it also can have a tremendous positive environmental impact.

“Based on our studies, 86% of customers determine within the first 30 minutes of interaction with a product if they’re going to return it or keep it. The impact of a return means another round of packaging and another truck coming to pick up your device. That’s in addition to the man-hours at the warehouse,” Moti Elkaim, chief marketing officer at Copilot, told JNS.

“Based on our experience, it reduces returns by 40%. And because consumer electronics are the most returned category, it makes it all the more significant. And 68% of returns in this category are found to be no-fault returns, which means there is nothing wrong with the product. It was simply because the consumer couldn’t figure out how to make it work,” said Elkaim, emphasizing the needless environmental waste, in addition to the monetary cost, of the return process.

“It really came from the idea that we can pool our resources from the MINI side and from the JVP side, to tackle this together. And I think JVP has this great track record of building successful businesses. And we have a lot of early stage resources that can help founders accelerate their path to market and build their products,” said Schwind.

“We have engineers, designers and experts on our team who will sit down with these founders and work through all the things required to build a sustainable business. JVP really looks at the business side, fundraising and resources that they need to scale up their business and to really grow to reach thousands of customers, once they find the product’s market fit,” he explained.

In the end, though, Margalit believes that climate tech can and needs to be reimagined, and to be made exciting, not just for investors but consumers.

“Just like Tesla is an electric car that people are enthusiastic about, we can have additional companies that people are enthusiastic about, and that actually solve the problem. We can have companies that are coming up with great ideas and become lucrative investments for some of the largest institutional private and other investors around the world. That’s what JVP can do,” said Margalit.

He pointed to his company’s success in putting Israeli-grown technology on the map, including the Margalit Foodtech Center in the Galilee region in Israel’s north, and JVP’s success in turning Jerusalem into a surprising high-tech hub. He says it will take a regional and global effort to combat climate change—something that will be reflected in the companies picked for the new hub in New York.

“It’s time that we open the cooperation between nations and between high-tech people around the world in order to put a shield on this planet, so that we can win this battle,” said Margalit. “It’s about new ideas and new things and mobility. It’s about allowing cities to manage themselves with technology. This is the time—for Israel and for New York.”