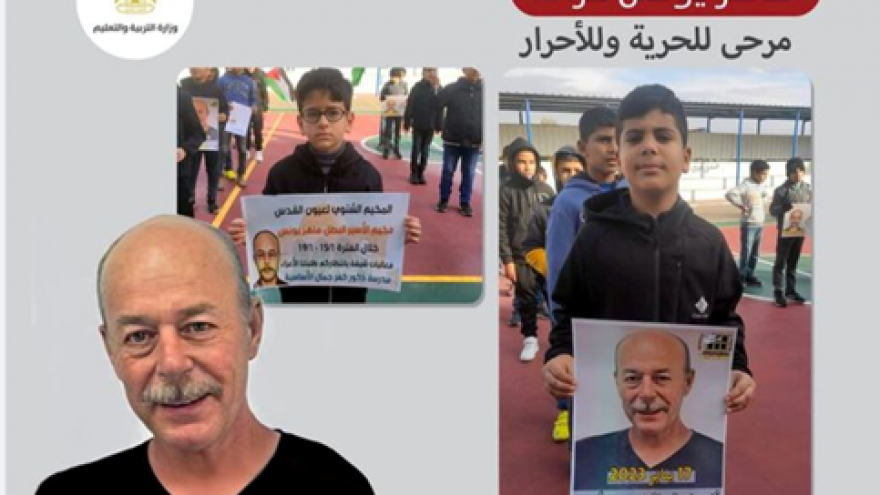 In response to Israel’s decision to prevent Maher Younes’s release from prison from devolving into yet another celebration of terrorism, the Fatah prisoners’ organization demanded a “general mobilization.”

In a statement published in the official P.A. daily Al-Hayat Al-Jadida, Fatah called on its “member knights with firearms” to “spark the fire of resistance and defiance.

“O all Fatah member knights who have rifles, awareness and deep revolutionary identity, O army of freedom, Jerusalem, return and independence, O distinguished people, heroic knights of Fatah in all the branches and in the diaspora, Al-Aqsa Mosque is shouting to your living conscience, and the land is calling to your believing and brave fists,” read the statement.

“O people of intifada, rocks, Molotov cocktails, sacrifice and Martyrs, we in the citadels of captivity, Fatah’s lions and heroes, declare general mobilization in all places, because we represent the vanguard of the struggle, the resolve and the confrontation, and the spearhead in the future battles,” it added.

Maher and his cousin Karim Younis, both of whom are Israeli citizens, murdered Israel Defense Forces Cpl. Avraham Bromberg on the Golan Heights in 1980. Both Karim and Maher Younis were sentenced to life in prison in 1983 but had their sentence commuted to 40 years in 2012 by then-Israeli President Shimon Peres.­

Karim Younis was released on Jan. 5 and Maher Younes on Jan. 19.

Karim Younis received a hero’s welcome in the northern village of ’Ara upon his release. He then visited his mother’s grave, stating, “I am prepared to sacrifice another 40 years for the freedom of our people. My consolation is that today prisoners are united against the barbarity of the occupation.”

A large police presence was deployed to ‘Ara ahead of Maher Younis’s release, and his family was told to not set up a visitor’s tent in their house.

After arriving home, Younis called for the “unification of all Palestinian factions because security prisoners are suffering,” the Kan public broadcaster reported.

“Together we may succeed. This is a difficult political period and we need to fight intelligently,” he said. “We are a nation of heroes. We do not surrender. The [Israeli] state asked us not to celebrate. Regards to all the members of the prisoners’ families.

“Police did not allow terrorism supporters to erect tents, wave PLO and Fatah flags in the streets or hold meetings. I hope the situation will remain under control and that the terrorist will only receive hugs inside his home until we pass a law to ship him off to Syria,” said Ben-Gvir.

Karim and Maher Younis were rearrested on Saturday and questioned over online content they posted that allegedly included incitement to violence.

The Arab Israeli terrorists have received some $100,000 from the Palestinian Authority under its “pay for slay” policy, according to Palestinian Media Watch.