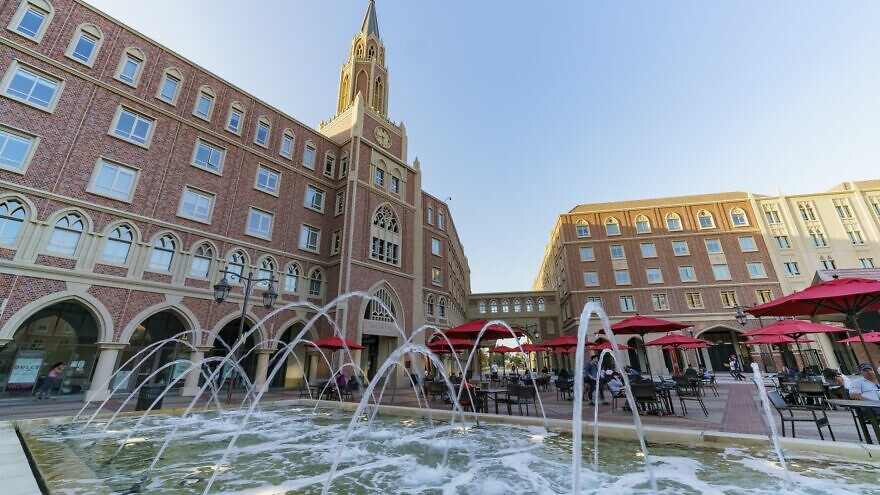 (July 27, 2022 / JNS) The U.S. Department of Education’s Office of Civil Rights (OCR) announced on Tuesday that it opened an investigation into the University of Southern California’s response to a hostile environment on campus towards the student government’s former vice president Rose Ritch.

A complaint against the university was filed by the Louis D. Brandeis Center for Human Rights Under Law on behalf of Ritch in November 2020. It alleged that Ritch was compelled to resign her position with the school’s Undergraduate Student Government on Aug. 5, 2020, due to the “hostile environment of anti-Semitism” that the university allowed to proliferate on campus against Ritch’s Jewish and Zionist identities.

Reached by JNS by phone, Ritch said that she was grateful that OCR has picked up the investigation.

“Unfortunately, this is not like a one-off situation,” she said. “It’s becoming increasingly more and more common. So I hope with this moving forward, it helps to ensure that students are feeling protected on campus and that this shows that what happened is not OK.”

The problems started when Ritch began campaigning to be the student-government vice president, and her campaign posters were repeatedly vandalized and torn down, along with those of other Jewish students vying for office.

Ritch won the position after the school’s election in February 2020, running alongside presidential candidate Truman Fritz. Merely a month after their election, COVID-19 roiled the nation, followed by a summer of racial tensions after the killing of George Floyd that May.

The tense environment led to accusations of Fritz committing “racial micro-aggressions” against students. Then impeachment charges were filed against him and Ritch. The impeachment petition against Ritch accused her of “silence” for not condemning Fritz.

Fritz resigned on the day of his impeachment hearing, leading to Ritch becoming acting president.

Impeachment charges could then have been lodged at Ritch since she failed to speak out against Fritz, according to attorney Alyza Lewin, president of the Brandeis D. Center for Human Rights Under the Law who has represented Ritch since 2020. (An earlier draft of the impeachment charges included as references to Ritch’s Zionist identity as one of the reasons for her impeachment). The line was later removed when the final charges were filed with the student senate.

Still, the building of support for Ritch’s impeachment focused on her Zionist beliefs; so did the threats against her on public social media and in direct messages.

Lewin said that the argument was if Zionism is racism, then Ritch must be a racist and therefore unfit to serve. 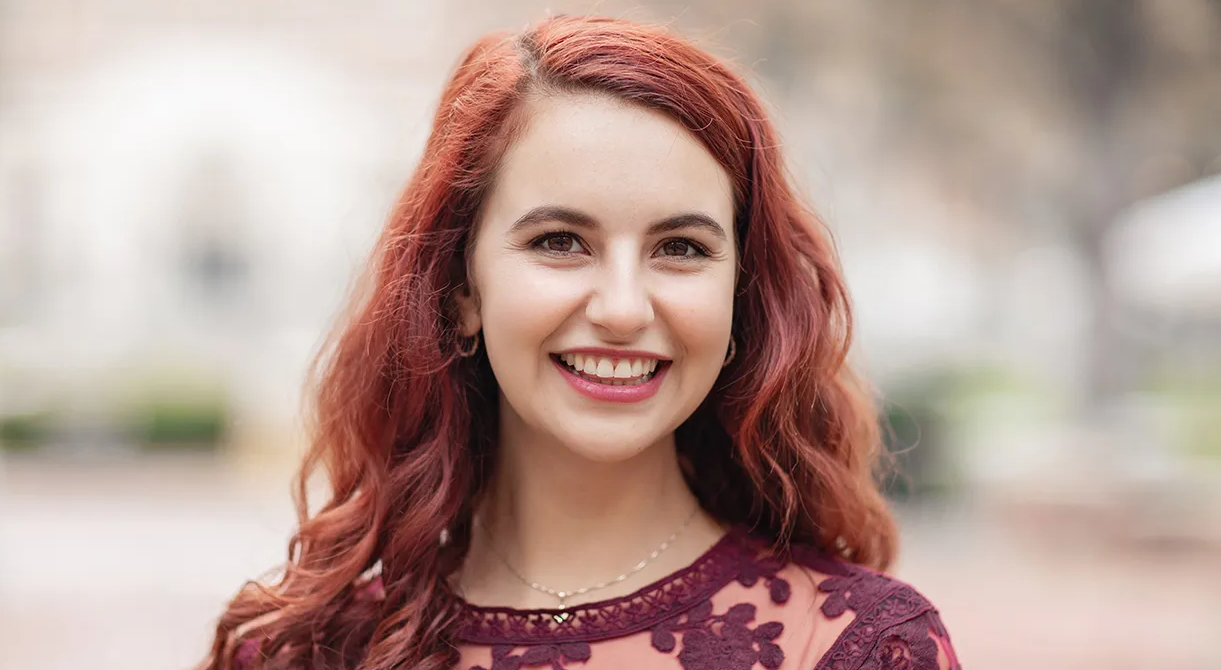 ‘Solely on the basis of her Jewish ethnic identity’

In an op-ed written by Ritch in Newsweek, she said “it wasn’t because I am a woman or identify as queer, femme or cisgender. All of these identities qualified me as electable when students’ votes were cast … . But because I also openly identify as a Jew who supports Israel’s right to exist as a Jewish state—i.e., a Zionist—I was accused by a group of students of being unsuitable as a student government leader. I was told my support for Israel made me complicit in racism, and that by association, I am racist. Students launched an aggressive social-media campaign to ‘impeach [my] Zionist a**.’ ”

Ritch said she never hid her identity as a Zionist, being part of campus organizations such as USC Hillel, Trojans for Israel and Nice Jewish Queers.

She called the messages of her being called a racist if she didn’t resign making her feel physically unsafe. She said that because of classes going online as a result of the pandemic, she did not have any face-to-face threats but was worried about classes going back to in-person.

According to a news release from the center, the “discriminatory harassment against Ms. Ritch was so severe and persistent that it created a hostile environment that hindered her ability to continue serving in the [undergraduate student government].”

It stated that despite being aware of the harassment faced by Ritch from her peers based on her Zionist beliefs, the university allegedly did little to address the matter.

Ritch and Jewish organizations on campus, including Hillel at USC, asked the administration to publicly condemn the attacks. Ritch also met with USC president Carol Folt and vice president for student affairs Winston Crisp to ask them to stop the “baseless and discriminatory” impeachment proceeding. The administration told Ritch that it did not want to interfere with the autonomous student government and allowed the impeachment to proceed.

Ritch’s situation caught the attention of the Brandeis Center, which sent a letter to the administration warning them of anti-Semitism directed towards Ritch and reminding the university of its obligations under the Title VI of the Civil Rights Act of 1964. It urged the administration to take steps to protect Ritch from discrimination “that sought to deny her an equal educational opportunity to serve [in the student government] solely on the basis of her Jewish ethnic identity.”

A few days after the letter, the university suspended the impeachment trial before having a meeting with the Jewish community. But the administration chose to tell Ritch and a few other members of the senate of their decision, and no public statement was made to support Ritch despite months of attacks and accusations.

“They didn’t say it was because it was an unfair impeachment trial; it was baseless [or] any of those things,” Ritch said, adding that even the student government wasn’t informed of the decision.

As acting president, Ritch was supposed to inform the student government and university community of the administration’s decision on her impeachment herself.

Despite having the impeachment dropped, Ritch concluded that without the university publicly clearing her name to the entire campus, she would not be able to lead the student government with the smears against her left unanswered.

“Yes, they did end up canceling it and great. But at the end of the day, the fact that it took that long to get to that point and the amount of conversations it took, the university was just continuing to prove to me that they were not willing and or capable of protecting me, making sure I felt safe,” said Ritch.

Only following Ritch’s resignation did the university release a public statement, calling what happened to Ritch unacceptable and announcing a collaboration with a USC Shoah Foundation program called “Stronger Than Hate,” a series of workshops, programs and exhibitions targeted at fighting biases and stereotypes. Even with the program, the university continued to struggle with campus anti-Semitism for the following two years and face outrage from its Jewish community for not doing enough to condemn it. 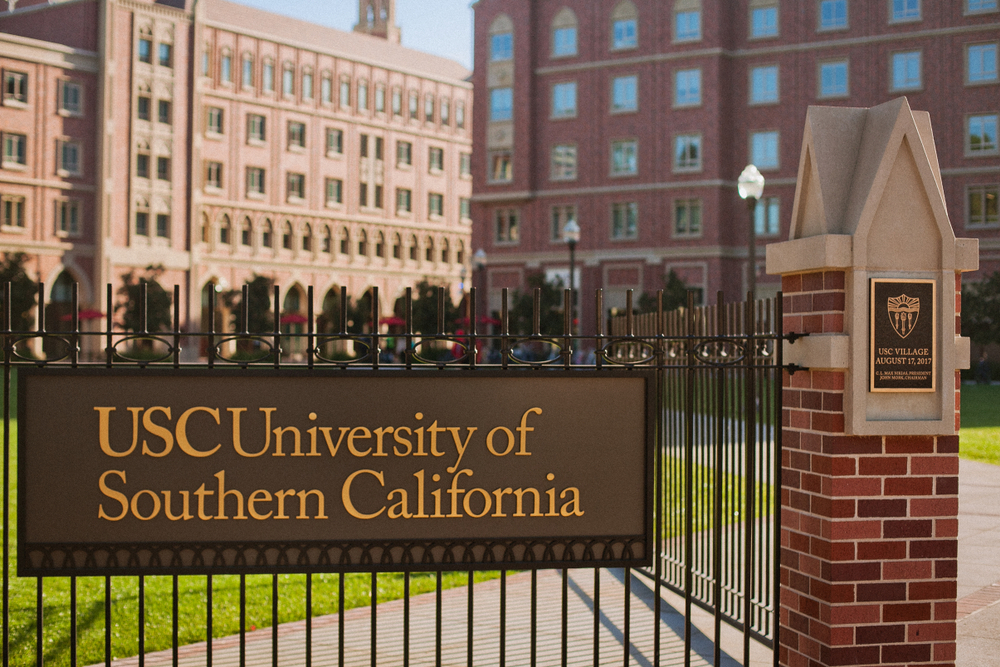 A gate at the University of Southern California in Los Angeles, Calif. Credit: Ganna Tokolova/Shutterstock.

‘She began the national conversation’

According to Lewin, an open investigation by the OCR means that the university will now have to answer questions from the Department of Education and embark on a serious effort to reform its practices while demonstrating tangible change or risk losing its federal funding.

Lewin said that at the time of the incident, there was little national attention focused on the plight of Jewish students on campus, and even fewer examples of the harm it caused. Ritch’s experience changed that.

“I think that university administrators want their campuses to be safe, welcoming spaces for all their students, including their Jewish students. I actually think that when this happened to Rose, very few people understood—and even fewer university administrators—were able to recognize this kind of harassment and discrimination,” said Lewin. “I think Rose was really one of the first. I think she began the national conversation.”

In the two years since, Lewin said that she believes that USC has become more aware and sensitive to the problem, demonstrating a willingness to engage and try to address it, “but they’ve yet to actually take steps to do something concrete that will ensure that what happened to Rose doesn’t happen to any other student again in the future.”

Lewin said that such OCR investigations typically formulate resolution agreements between the department and the university that outline steps the institution will take. They usually include modifying its anti-discrimination policies, as well as training staff and students on the new policies. The university would also usually create channels where students can make the administration aware of harassment or discrimination that they’re facing.

The university responded to Tuesday’s news in a statement, saying it was “proud of its culture of inclusivity for all students, including members of our Jewish community.”

It also said that it had made a number of commitments over the past two years to combat anti-Semitism and anti-Jewish hatred. This included developing strong partnerships with national organizations such as the ADL, the Jewish Federations of North America and the American Jewish Committee, and expanded its “Stronger Than Hate” initiative. It has also sent senior leaders to attend the President’s Summit on Campus Anti-Semitism at New York University, which was hosted by Hillel International, AJC and the Academic Engagement Network.

“We are continuing to take these steps to further build on the welcoming environment we have created for our Jewish community,” continued the statement. “We look forward to addressing any concerns or questions by the U.S. Department of Education regarding this matter.”

Sacha Roytman Dratwa, CEO of the Combat Antisemitism Movement, said “we welcome the decision, but are ultimately saddened that the federal authorities have to intervene when the university authorities had ample time and opportunity to investigate the harassment of a Jewish student because of her identity. The feeling of insecurity and a lack of protection that Jewish students feel across American universities has to come to an end. Jews are constantly and consistently under attack, and it is being constantly ignored by those who should be protecting them.”