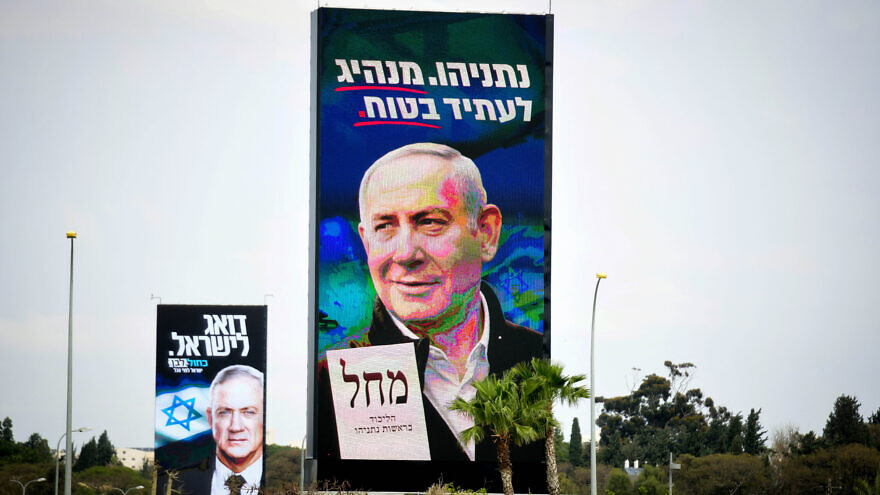 (February 28, 2020 / Israel Hayom) With elections mere days away the last Israel Hayom-i24 News poll before Israelis go to the ballot box projects a dead heat between ruling party Likud, and challenger Blue and White, but says that overall, the right-wing bloc secures a narrow, one-mandate lead.

Monday’s general elections mark an unprecedented third vote in the span of one year. But with polls consistently indicating a race that is too close to call between the two major parties, and given that neither the right- nor the left-wing bloc has emerged as being able to secure the 61-seat majority necessary to form a government, concerns that Israel will find itself facing a fourth vote in the fall of 2020 are growing.

The survey, which under Israeli election laws is the last that can be published ahead of the March 2 vote, projected 33 seats each for Likud and Blue and White.

The Joint Arab List, an alliance comprising the Arab or mostly Arab parties Balad, Ra’am-Ta’al, and Hadash, is expected to with 14 seats, retaining its position as the third-largest faction in the Knesset. 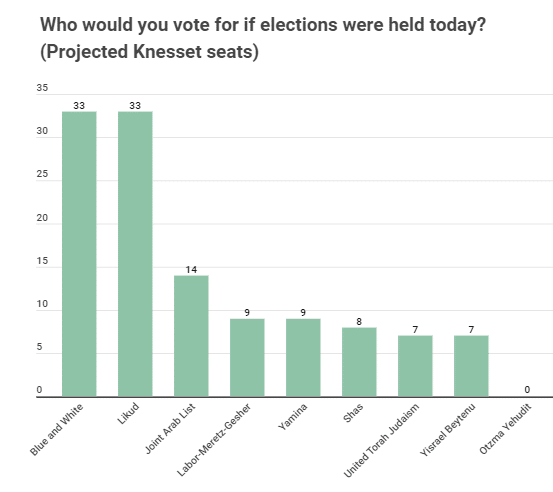 The poll gave the Labor-Gesher-Meretz alliance nine seats—a similar number to the mandates Yamina, a faction comprising the New Right, National Union, and Habayit Hayehudi parties, is expected to garner.

The far-right Otzma Yehudit Party does not pass the prerequisite four-Knesset-seat electoral threshold of 3.25 percent of the votes.

The survey, by the Maagar Mochot polling institute, shows that neither political bloc would be able to muster a majority in the 120-seat Knesset: The right-haredim bloc is projected to secure 57 seats, whereas the center-left and Arab parties would have a combined 56 seats. This again gives Yisrael Beiteinu the key to the fate of the next government. 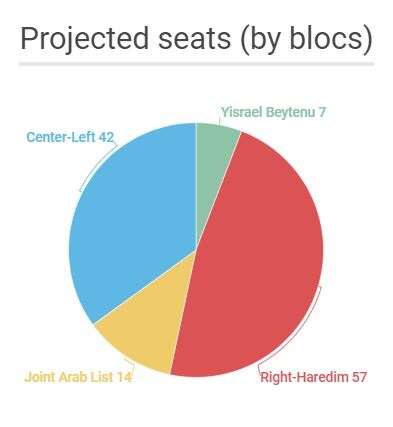 Asked who is better-suited for the role of the prime minister, 49 percent named Israeli Prime Minister Benjamin Netanyahu, 35 percent chose Blue and White leader Benny Gantz, and 16 percent said they did not know or had no opinion on the matter.

The most significant factor for Likud voters in the elections remains the identity of the party’s leader (42 percent), the poll found. Among Blue and White voters, only 26 percent said the same.

The poll was conducted using a representative sample of 1040 eligible voters in Israel. The margin of error is 3 percentage points.