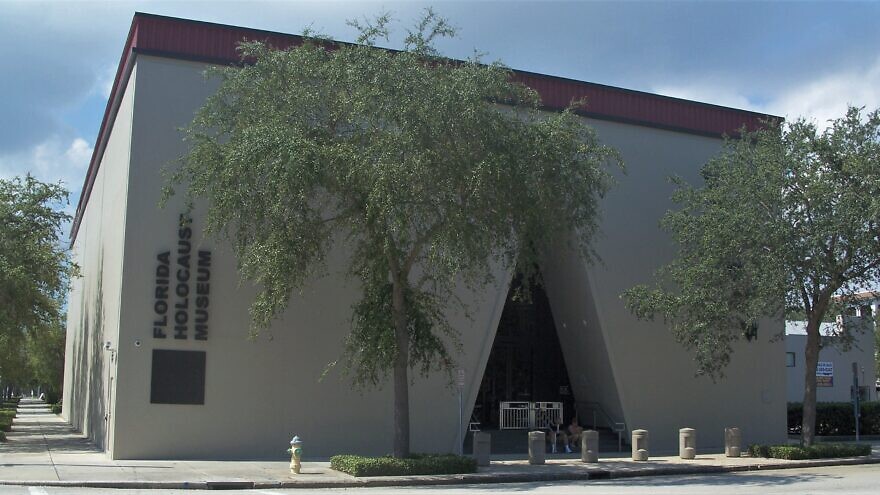 (May 10, 2022 / JNS) The Florida Holocaust Museum in St. Petersburg condemned another incident where white supremacists were filmed waving Nazi flags in Orlando, Fla., this time on Monday in front of the entrance to Walt Disney World.

The video of three men waving Nazi flags on the lawn in front of the signs for the amusement park was posted on TikTok on May 7. Another flag, flying from a pole stuck into the ground, said “DeSantis Country,” alluding to Florida’s Republican Gov. Ron DeSantis.

“It’s a sad day for humanity when even Disney World—the ‘happiest place on earth’—is not immune to blatant anti-Semitism,” said Michael Igel, chair of the Florida Holocaust Museum and the state’s Task Force on Holocaust Education, in a news release on Monday. “Displays of Nazi imagery are repugnant, and this demonstration was clearly meant to offend and provoke.”

He continued, emphasizing that “no family should be confronted with threatening symbols of hate, least of all on vacation. But this act of malice provides our community with an opportunity to come together and speak with one voice in opposition to those who support Nazis and their poisonous ideology.”

The nonpartisan group StopAntisemitism.com retweeted the video, saying: “We are sickened to our stomachs seeing Nazi flags flown at Disney World.”

A previous incident where Nazi flags were flown and virulently anti-Semitic content was displayed in Orlando happened in late January. The neo-Nazi Goyim Defense League and National Socialist Movement took responsibility for that rally, which was widely condemned.