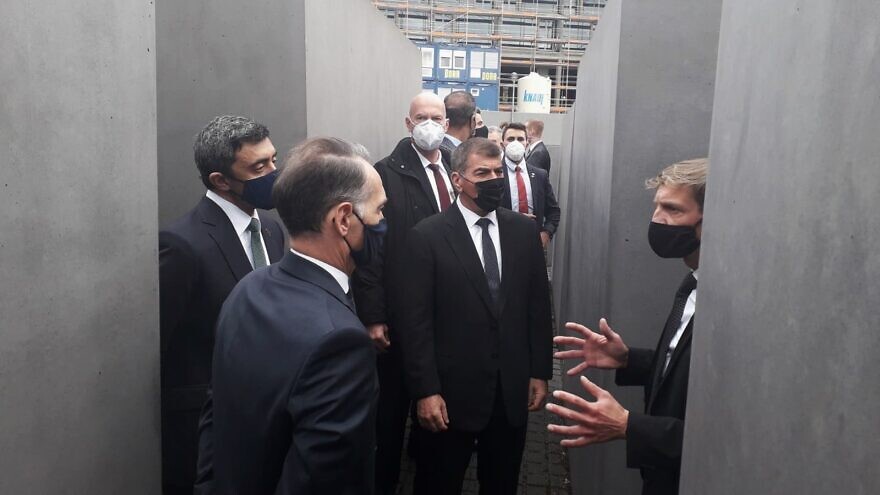 German Foreign Minister Heiko Maas, who joined them on the tour of the site—officially called The Memorial to the Murdered Jews of Europe—said during a joint press conference later in the day that the experience had been a moving one.

“The willingness to deal together with the most horrific chapters of history is something that cannot be taken for granted, we know that also here in Germany. But it highlights how serious you are in your efforts for good bilateral cooperation and relations,” said Maas.

The signing of the Abraham Accords peace agreement between Israel and the UAE at the White House on Sept. 15 was a historic step that had proved peaceful coexistence in the Middle East was possible, he said.

“This step has also got things moving in the region; Bahrain, which has now also decided to take up diplomatic relations with Israel, is one example. Saudi Arabia, which has opened its airspace for direct flights from Tel Aviv to Abu Dhabi, is another. This momentum, and the same courage, will help us to create new momentum to overcome the impasse in the Middle East peace process,” said Maas.

Bin Zayed said that in the wake of the Abraham Accords, “the Middle East is witnessing a new chapter on its path towards freedom and peace.”

“We want to work together to fulfill our capacities in research, in development, and to harness our resources. I would like to assure you that the opportunities in our region for more cooperation in different sectors exist, in terms of security and also in terms of technology. On an international level, the Emirates is committed, together with its Israeli partners and its German partners, to fulfill this role,” he said.

Ashkenazi thanked his UAE counterpart for his initiative in setting up the meeting, saying, “This invitation is proof of your honest efforts to promote cooperation between Israel and its neighboring states.” 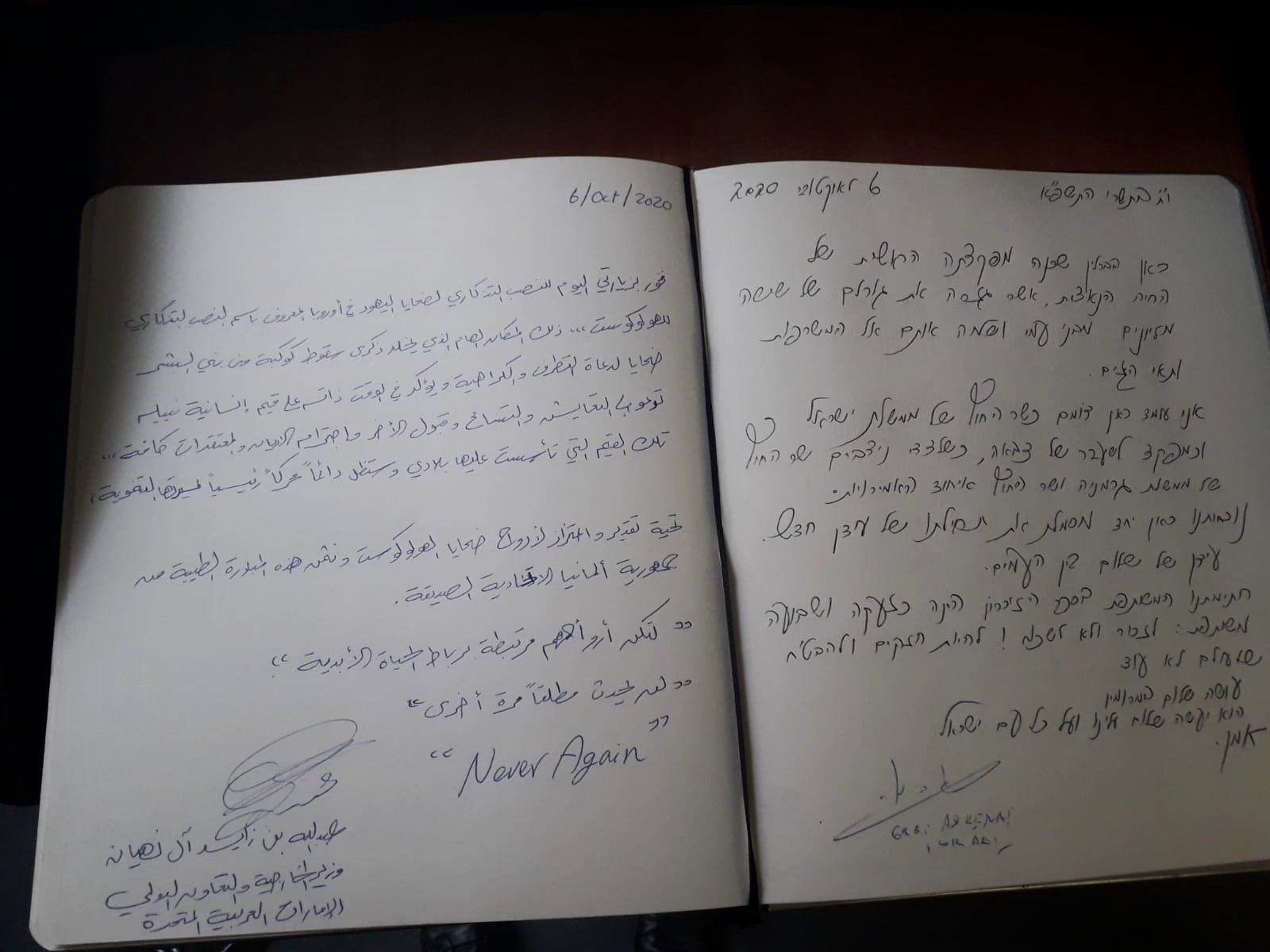 The entries of Israeli Foreign Minister Gabi Ashkenazi (right) and his counterpart from the United Arab Emirates, Sheikh Abdullah bin Zayed Al Nahyan, in the guestbook at the Berlin Holocaust Memorial in Berlin, Germany. The two foreign ministers, together with German Foreign Minister Heiko Maas, paid a joint visit to the site on Oct. 6, 2020. Source: Twitter

Ashkenazi then turned to the joint visit to the Holocaust Memorial, which he said had been “historic” and “very moving for me as a representative and former chief of staff of Israel, and as the son of a Holocaust survivor.”

Their presence there together symbolized the beginning of a new era of hope and peace, Ashkenazi tweeted.

“Being among these steles, and standing there, commemorating the six million Jews, my people, was a moving moment for me. The three of us stood there in silence and we commemorated the victims, and for the first time in history, a representative—a foreign minister—of an Arab state was present. Together, we promised each other to never forget,” he said at the press conference.

“Our signatures side by side in the Book of Remembrance is like a shared cry and oath: to remember and not to forget, and to promise never again,” he wrote.

At the press conference, Ashkenazi concluded his remarks by urging the Palestinians to resume peace talks.

“I would like to take this opportunity to call on the Palestinians to return to the negotiating table,” he said. “Only through direct negotiations will we be able to find a solution to the conflict. The longer we drag this out and the longer we wait for negotiations to begin, the more complex it will be, and it will be transferred to future demonstrations. They will be faced with a difficult reality.”