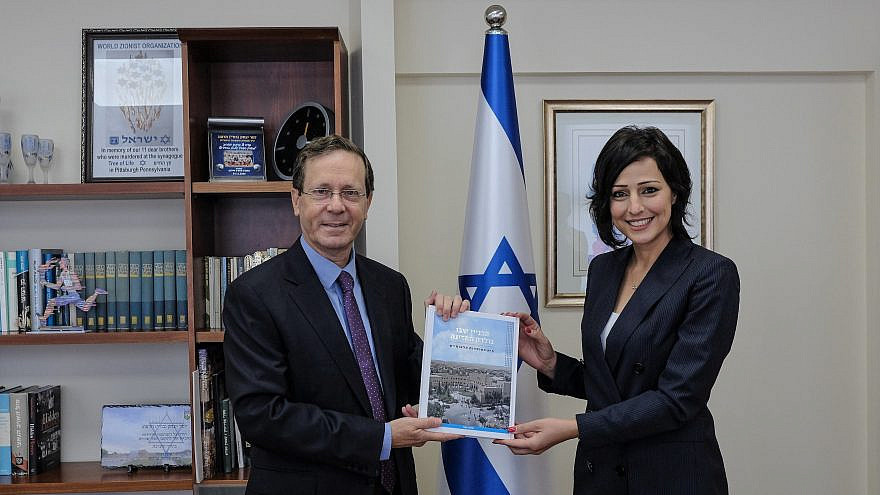 Kamal-Mreeh, 37, will be the first Druze senior shlicha to represent the Jewish Agency, joining the organization’s team of more than 2,000 emissaries stationed in more than 60 countries and the 10 already working in the Greater Washington area. These representatives help strengthen connections to Israel and facilitate Jewish social activism.

By representing Israel in Washington—arguably the most impactful hub for the intersection of local, national, and international issues prioritized by American Jewry—Kamal-Mreeh will work to balance national and local responsibilities to forge meaningful connections between Israeli and world Jewry.

Along with the Jewish Agency’s network of Israel Campus Fellows, in cooperation with Hillel International, Kamal-Mreeh will help train and provide support to campus advocates. With a specific focus on young Jews between the ages of 18 and 35, she will also be tasked with creating and deepening communal connections across synagogues, Jewish Community Centers, Jewish Federations and other American institutions, as well as the Jewish Federations of North America.

Kamal-Mreeh holds a bachelor’s degree from Bar-Ilan University and a master’s degree in international relations from Haifa University. She attended the Reshet School for TV Professions in Israel, and in 2011 began working for the Israeli Broadcasting Corporation, where she hosted a program in Arabic focused on the social and cultural issues concerning Arab youth in Israel.

In 2015, she was selected to host the Israeli Broadcasting Corporation’s daily newscast in Arabic, and in 2017, she began anchoring its main (Hebrew) Saturday-evening newscast, as well as a nightly newscast.

Kamal-Mreeh became a Knesset member in April 2019, where she served until April 2021.

During her tenure, she chaired the Israel-Switzerland parliamentary friendship group and co-chaired the Israel-Germany friendship group. She was a member of the Interior and Environment Committee, the Advancement of Women’s Status and Gender Equality Committee, and on the special committee for fighting crime within the Arab sector. She also chaired the caucus for planning, zoning and industrial areas, and the caucus for the advancement of Druze women.