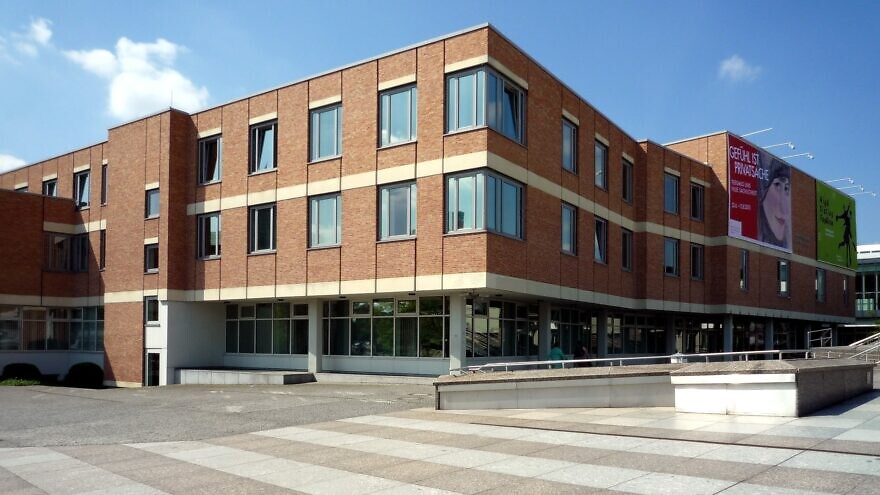 Kupferstichkabinett, or the Museum of Prints and Drawings, a prints museum in Berlin, Germany. It is part of the Berlin State Museums and is located in the Kulturforum on Potsdamer Platz. Credit: Manfred Brückels via Wikimedia Commons.
Spread the word.
Help JNS grow!
Share now:

(July 6, 2022 / JNS) Several German museums have handed over five artworks to the heirs of a Jewish banker who was forced to sell them when he faced persecution by the Nazis during World War II.

The Nazi-looted pieces of art were returned to the family of Carl Heumann on Monday, announced the Prussian Cultural Heritage Foundation, also known as Stiftung Preußischer Kulturbesitz (SPK). They include Albert Emil Kirchner’s “Fischerweide” (1854) from the Lenbachhaus in Munich; Jakob Gensler’s “Girl with Parrot” (1840) from the Dresden State Art Collections; and two watercolors by Peter Fendi titled “Catholic Priest with Communion Vessels” and “Porch of a Church with Crucifix, Priest and Altar Boy.”

The Berlin State Museums attributed another work to Heumann’s collection that had been bought at auction—Friedrich Jentzen’s “Portrait of the Master Builder August Stüler” (around 1830)—but it was agreed with Heumann’s heirs that the portrait will remain with the museums.

SPK president Hermann Parzinger said “it is very moving to see the connection between the Heumann family and Germany when you know the fate of Carl Heumann and his children during the National Socialist era. A great collector, and yet his name and fate are almost unknown today. Provenance research brings his and many other life stories to light again, and every return is also a bit of memory.”

Born in 1886 to Jewish parents, Heumann was an avid art collector and built up a collection of German and Austrian art from the 18th and 19th centuries. His sons were deported to Nazi labor camps, and he left his daughter in the care of her uncle to protect her from deportation. Heumann died in a bomb attack on the German city of Chemnitz on March 5, 1945, while trying to save a suitcase with works of art from the basement of his house.