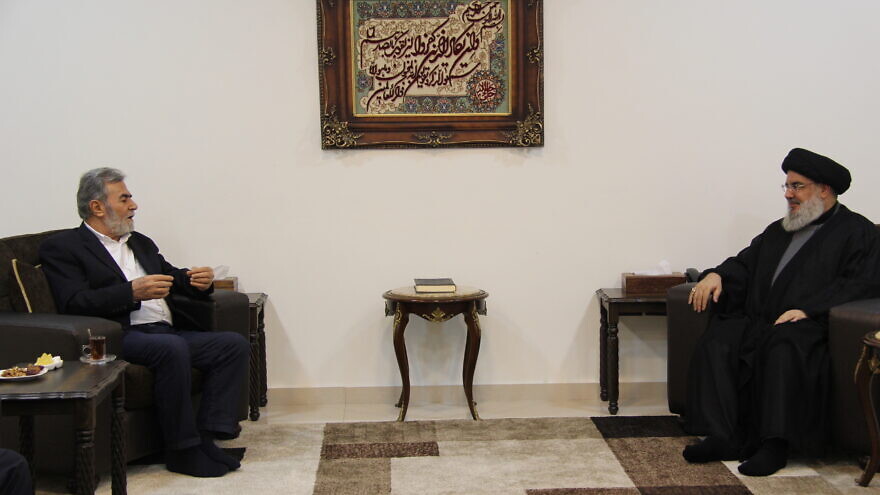 The two sides discussed recent fighting in the Gaza Strip, and Judea and Samaria, according to the Hezbollah-run news outlet.

The two terrorist leaders “assessed the battle that took place … with respect to its unfolding on the field, political and media spheres. The various developments in the region, in addition to the parties’ roles in the upcoming phase, were also tackled and discussed,” wrote Al-Manar.

After the Aug. 2 arrest of Bassem Al-Saadi, a senior member of PIJ in Samaria, the Israel Defense Forces initiated ”Operation Breaking Dawn” (Aug. 5-7) against PIJ targets in Gaza. Israel killed two senior PIJ leaders and bombed numerous PIJ weapons-making and other facilities in the three-day operation, which was widely viewed as a success by Israel.

The Israeli military is currently on high alert in the north due to Nasrallah’s threats surrounding maritime talks between Lebanon and Israel.

He recently told the Hezbollah-affiliated Al-Mayadeen TV channel: “If the extraction of oil and gas from Karish begins in September before Lebanon obtains its right, we would be heading to a ‘problem,’ and we’ll do anything to achieve our objective.”