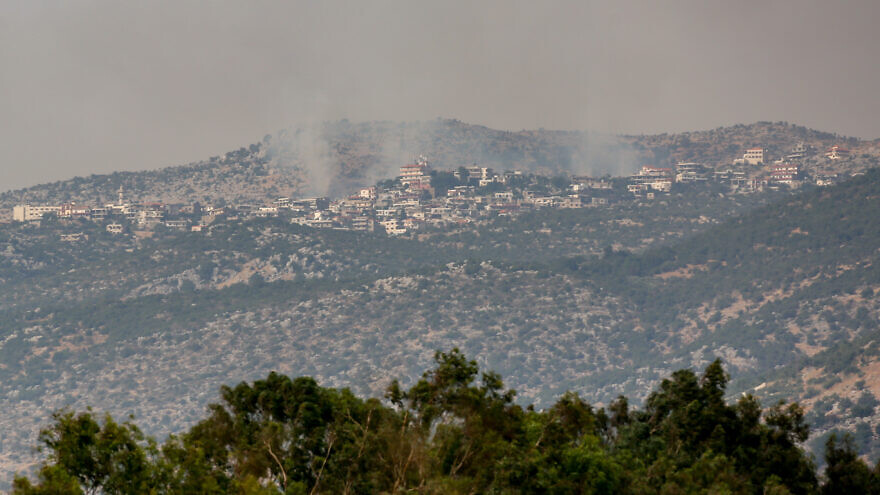 Smoke rises from the village of Kfar Chouba in Lebanon after a confrontation between Hezbollah terrorists and the Israel Defense Forces on July 27, 2020. Photo by David Cohen/Flash90.
Spread the word.
Help JNS grow!
Share now:

(April 27, 2021 / JNS) The Israeli Defense Forces said on Tuesday that it shot down a Hezbollah drone that had crossed into Israeli airspace.

The drone was closely surveilled the entire time, it said, and there were no reports of injuries or damage.

“We will continue to operate in order to prevent any attempt to violate Israeli sovereignty,” stated the IDF.

It specified that the drones were most likely gathering intelligence, and were taken down using electric pulses and not gunfire, reported Ynet.

The Israeli military had announced in November that it downed a Hezbollah drone that crossed into Israeli airspace.