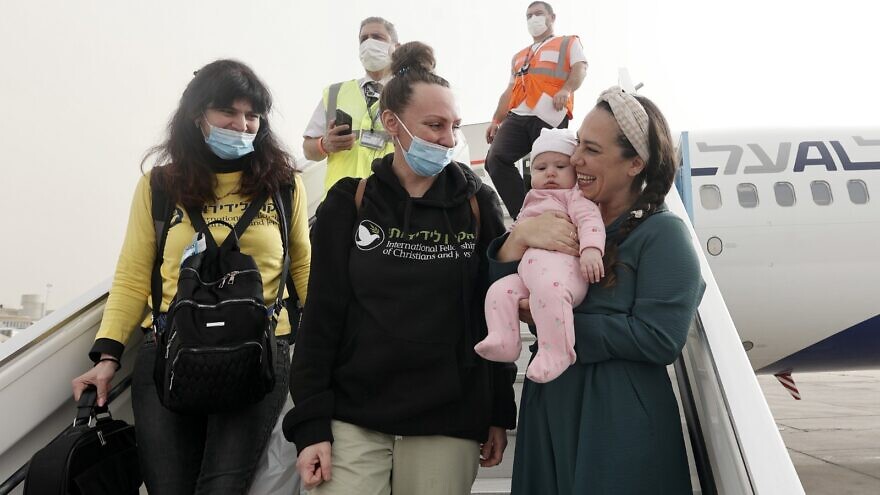 (November 17, 2022 / JNS) The International Fellowship of Christians and Jews announced on Wednesday that it will transfer $6.5 million to organizations in Ukraine that support the local Jewish community.

The decision comes after a survey of hundreds of Ukrainian Jews commissioned by the IFCJ found that 97% of them expected difficulties in heating their homes this winter due to financial and other constraints. More than half of the current and former residents of Ukrainian cities—including, among others, Kyiv, Odessa, Lviv and Dnipro—said they did not believe they had sufficient warm clothing to survive the cold weather.

The financial support is earmarked for hot meals, space heaters and other means of battling freezing temperatures, as well as medical supplies.

Since Russia launched its invasion of Ukraine in February, the IFCJ has distributed $23 million dollars in emergency support for the Ukrainian Jewish community and for 4,500 new immigrants to Israel.

“Since the outbreak of the war, the IFCJ, through the dedicated work of our partners on the ground, has been actively helping the Jewish communities in Ukraine—those who have remained and those who have chosen to immigrate to Israel through the immigration service we set up in Kishinev,” said IFCJ President Yael Eckstein.

“In light of this survey’s findings, and with the help of our more than 600,000 dedicated donors, we have every hope that the additional support will help the local Jewish community prepare and cope with the cold winter months ahead,” she added.