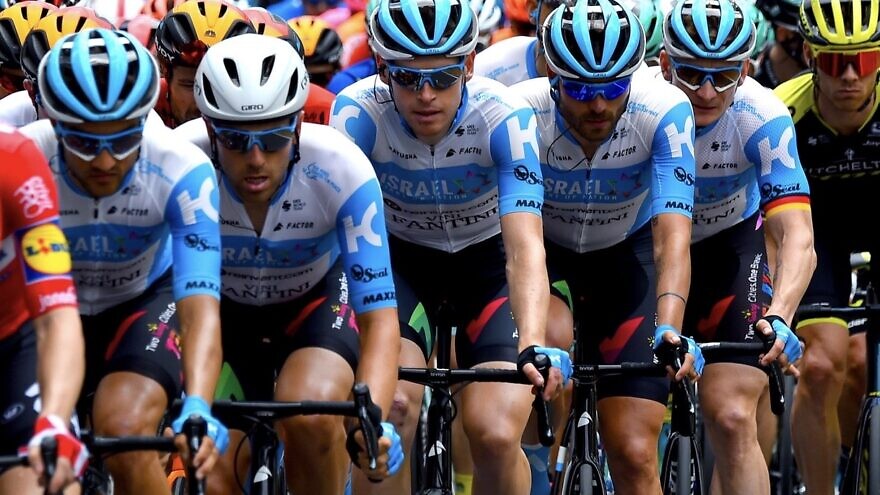 (March 19, 2020 / JNS) Israel’s only professional cycling team, Israel Start-Up Nation (ISN), will lead a virtual online team ride on March 20 open to fans from all over the world to help promote the “Stay at Home” message as part of the global fight against the coronavirus, COVID-19.

Friday’s ride will take place via the Zwift online platform, enabling fans with “smart” home-trainer devices to join the ride on their own bikes through their phones, TV or iPad screens. They will follow the lead of ISN riders, including German legend Andre Greipel, Israeli Champion Guy Sagiv and British former world record-holder Alex Dowsett.

Millions of cyclists around the world are now confined to their homes. Authorities in many countries fear that amateur recreational cyclists riding outdoors will place a further strain on already overburdened medical systems. Professional cyclists are still permitted to ride outdoors in some countries, including Italy, as various governments recognize cycling as their occupation.

Nonetheless, many professionals are now using home trainers in order to keep in shape in readiness for the resumption of competitive racing. All professional cycling has been suspended, canceled or postponed through March and April.

ISN decided to initiate this special team ride in order to give fans the opportunity to cycle alongside the team riders and showcase the importance of keeping in shape while avoiding riding outdoors.

“A group ride in uncertain times like this, with the COVID-19 crisis is a great opportunity for cyclists who love our team,” said Israeli champion Guy Sagiv, himself in quarantine in Girona. “It is important to stay home to help fight the virus, but at the same time, ISN wants to give everyone the opportunity to keep enjoying riding bikes.”

At least 10 riders from the Israel Start-Up Nation’s World Tour team and the team’s development squad, the Israel Cycling Academy will participate in the ride via the cycling-app Zwift, in cooperation with the Het is Koers cycling blog, based in Holland.

The ride will take around 1 hour and 15 minutes to complete.