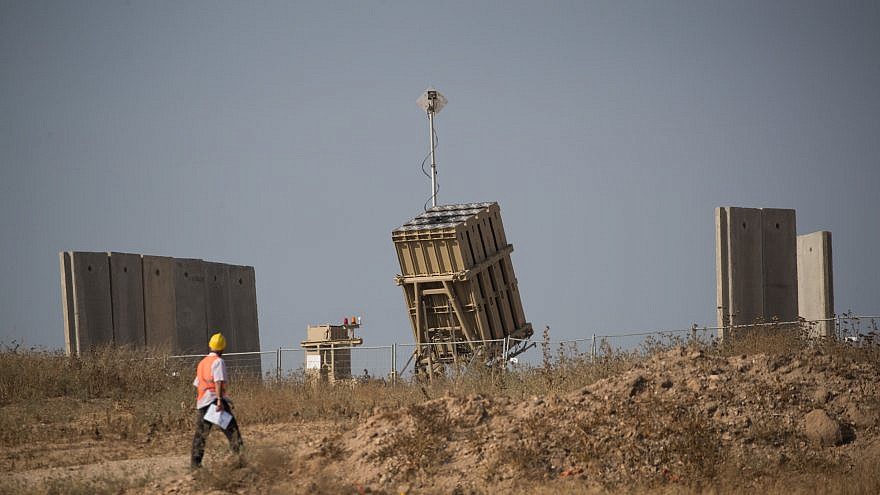 A man walks near an Iron Dome missile-defense system near the city of Sderot in southern Israel on May 29, 2018. Photo by Yonatan Sindel/Flash90.
Spread the word.
Help JNS grow!
Share now:

The radar systems assist in the monitoring, tracking and interception of several airborne projectiles simultaneously at an altitude between 330 feet to 10,000 feet, and cover a wide area of about 155 miles, according to The Times of Israel.

They are expected to be delivered to the Czech Republic during 2021-23, and will be compatible with Czech and NATO command and control systems.

Both countries will work on the production of the systems, with 70 percent being made in Israel and the other 30 percent by Czech industries, working on design, manufacturing, assembly, integration, testing and life-time maintenance. Certain security components will be manufactured locally, The Times of Israel reported.

The deal was signed at the Ministry of Defense headquarters in Prague by Czech Defense Minister Lubomir Metnar; Deputy Minister of Defense Filip Říha; and Brig. Gen. (res.) Yair Kulas the head of SIBAT, Israel’s ministry of defense export and defense cooperation division.

Kulas said the deal “is an expression of confidence in the capabilities of the Israeli defense establishment and in our excellent defense industries to address the threats that are plaguing the entire world. We hope this agreement opens the door for further cooperation with the Czech Republic and additional NATO countries.”