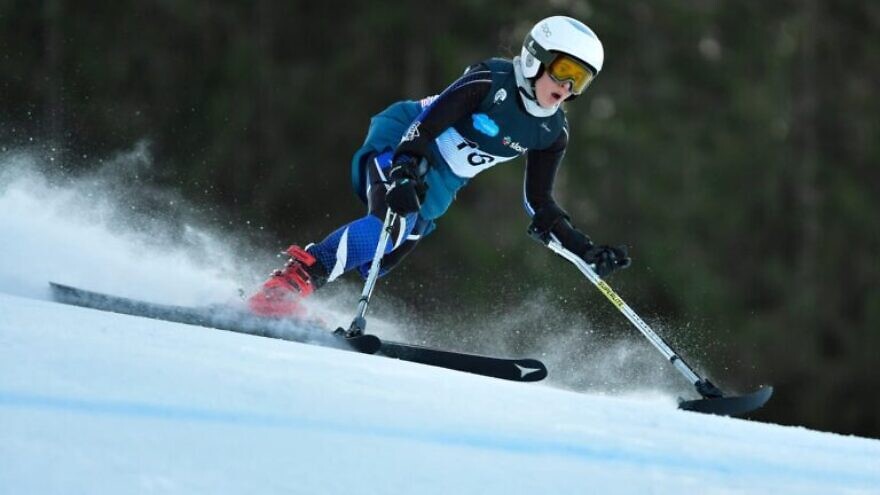 (March 11, 2022 / JNS) An Israeli Orthodox para-alpine skier withdrew from the women’s slalom at the Winter Paralympics in Beijing after the event was moved to Shabbat.

Sheina Vaspi, 20, is Israel’s first para-athlete to compete in the Winter Paralympics and was due to ski in the race on Friday and then the slalom on Sunday.

However, due to rising temperatures in Yanqing, the women’s slalom was switched with the men’s race and moved to Saturday. Saturday is slated to be significantly warmer than Sunday, and because there are far fewer female para-alpine skiers than their male counterparts, the rescheduling was made.

As such, Vaspi, who was raised in a Chassidic family and does not even train on Shabbat, pulled out from the race.

“Originally, the schedule was supposed to be fine,” Israel’s Chef de Mission Inbal Pezaro told reporters on Thursday. “[Vaspi] was supposed to do the GS [grand slalom] on Friday and the slalom on Sunday, and because of the weather conditions and the snow, they decided to switch the boys and the girls.”

“We heard about it a short while before there was a proper announcement; we tried to say something, we wrote a letter and everything,” she said. “But as soon as we understood it was a technical issue in order for the athletes to have the best conditions, we understand that it’s part of the deal.”

Israel’s delegation wrote to the International Paralympic Committee when they heard the news of the date switch. Pezaro said the IPC was “understanding” but said it could not change its decision.

Pezaro also said earlier on that the Israeli delegation “fought quite hard” to get approval for Vaspi to compete in a skirt for religious reasons.

Still, she made history on Friday, becoming the first Israeli to compete in the Winter Paralympic Games when she finished the women’s giant slalom in 15th place.