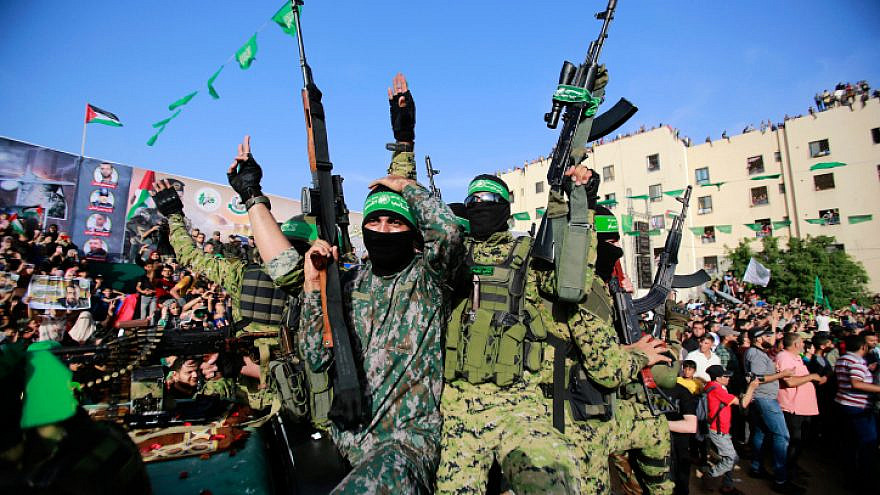 Hamas members participate in a rally in Beit Lahiya in the Gaza Strip, on May 30, 2021. Photo by Atia Mohammed/Flash90.
Republish this article
1087 WORDS
Spread the word.
Help JNS grow!
Share now:

(June 22, 2021 / JNS) The current Israel-Hamas ceasefire is inherently unstable; remarkable developments would need to occur to prevent an eventual slide into a new round of violence, Israeli observers have said.

A month-and-a-half after the latest conflict, “it is clear we are in an open-ended story—perhaps the first scene in a much longer campaign,” Col. (ret.) Michael Milshtein, head of the Palestinian Studies Forum at the Moshe Dayan Center for Middle Eastern and African Studies at Tel Aviv University, told JNS.

Milshtein, who until 2018 served as an adviser on Palestinian affairs in COGAT (the Coordinator of Government Activities in the Territories) and who was previously the head of the Department for Palestinians Affairs in the Israel Defense Forces Military Intelligence, said “both sides understand that they did not, in effect, succeed in strategically changing reality. Israel has not caused severe deterrence against Hamas, and Hamas is continuing with its [arson and explosive] balloon terror, even if there was a break for a few days. Israel has not managed to secure long-term quiet. Hamas, for its part, is starting to understand that it lost many assets that it had on May 10 [the day that hostilities began], mainly the civilian gestures that it earned during the arrangement period [in the years leading up the May conflict]. These were very important to Hamas for stabilizing its regime.”

Both sides are currently trapped in a Catch-22, he said, and this is likely to lead to another round of escalation in the coming months, unless extraordinary events take place.

Col. (res.) Moshe Elad, one of the founders of security coordination between the Israel Defense Forces and the Palestinian Authority, described the overall story of Gaza since Hamas seized power in a 2007 coup. Four conflicts ended with truces; each past truce was eventually violated,” he said.

“This is unlike Lebanon, where there have been many years of quiet,” said Elad. “The reason for this is that Lebanon has much to lose. They have a prime minister, a state, resources, tourism. [Hezbollah leader Hassan] Nasrallah issues threats, but on the Lebanese border, Israel has experienced its longest period of calm since the founding of the country.”

In Gaza, on the other hand, armed terror factions are quick to violence: “The agreements don’t hold up for very long.”

Milshtein noted that Israel has now canceled most of its civilian gestures to Gaza, and is mainly conditioning progress in negotiations on the release of the remains of Israeli MIA soldiers, and civilians held by Hamas. 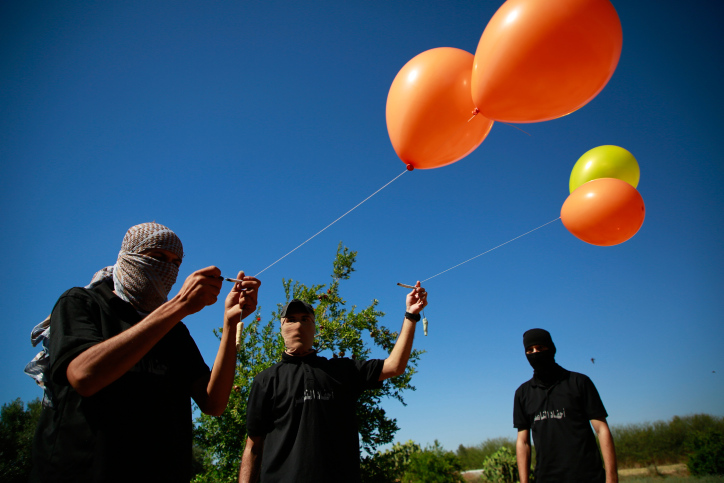 Masked Palestinian supporters of the Islamic Jihad terror group prepare incendiary balloons in the Gaza Strip to launch across the border fence towards Israel, June 15, 2021. Photo by Atia Mohammed/Flash90.

Yahya Sinwar, the head of Hamas in the Gaza Strip, is highly disturbed by the civilian situation in Gaza and “beginning to realize that he lost civilian assets following the conflict; yet he is still not demonstrating any flexibility and is unlikely to do so on the issue of a prisoner swap with Israel,” said Milshtein.

‘There is some deterrence, but it’s not long-term’

The second option, he said, is that Israel agrees to return to the arrangement that existed until May 10, and which collapsed as a doctrine with the outbreak of the conflict. The Israeli government looks unlikely to go down that route as well, he argued.

“In this situation, a lack of civilian quiet in the Strip that projects onto Hamas is expected, and Hamas can be expected to pressure Israel, mainly through [the arson and explosive] balloons, but later also through rocket attacks, which can lead to a deterioration and escalation relatively quickly,” cautioned Milshtein. That, in turn, can develop into a new round of fighting or even a bigger conflict than the one that occurred in May.

Whether or not the Palestinian Authority takes on the role of allocating future assistance funds in Gaza, as Israel has requested, it will still not be able to establish itself as an entity that influences the Strip. The P.A. will not be able to recreate its bureaucratic and security presence in Gaza, said Milshtein; Hamas will not allow that to happen.

Qatar, for its part, continues to be the main outside actor that financially supports the Strip, despite becoming deeply unpopular in Israel these days, and it seems that despite pledges, no other Arab country is set to pay hundreds of millions of dollars in the near future to Gaza on a regular basis, he noted.

Egypt “is continuing to do its normal work of ending rounds of conflict, but its influence each time turns out to be fundamentally limited,” he added. “It cannot or does not want to enforce things on Hamas. It has no real economic leverage in Gaza, and it is clear that Egypt has much bigger headaches to deal with.” 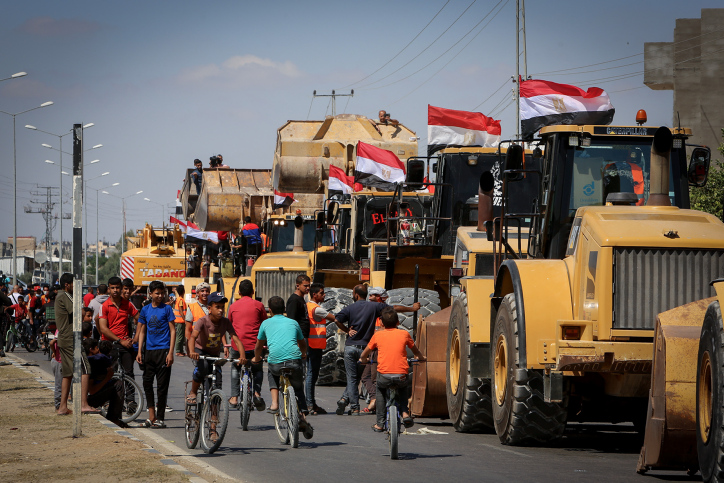 The arrival of construction equipment Egypt sent to the Palestinians through the Rafah border crossing to help remove the towers and houses destroyed in the recent conflict between Israel and the Gaza Strip, on June 4, 2021. Photo by Abed Rahim Khatib/Flash90.

Elad said that “there is always a reason why the truces collapse. One time, it is the money entering Gaza; another time, it is because of how many goods enter the Strip. The real answer is that they don’t have much to lose.”

He echoed Milshtein’s assessment that the military blow that Israel dealt to Hamas will create only limited deterrence. “There is some deterrence, but it’s not long-term. Hence, the conclusion is that we are expecting a new round of fighting, though it’s hard to say when. It could take a year, two years or more,” he said.

Elad said the Israeli government should condition Gaza’s recovery on the demilitarization of Gaza by Hamas, even though it’s clear that Hamas would not ever accept those conditions.

In the event that a new escalation does take place, it will also be necessary to keep attention on “other arenas beyond Gaza,” noted Milshtein—“mainly, Arab society in Israel, where the atmosphere is extremely charged at the moment, and sparks from the south can cause to a renewed eruption.”

The West Bank has proven itself to be a fundamentally calm arena, said Milshtein, and Israel should ensure that it safeguards security coordination with the P.A. and the stability of the civilian fabric of life there, he added, in order to keep that arena quiet.