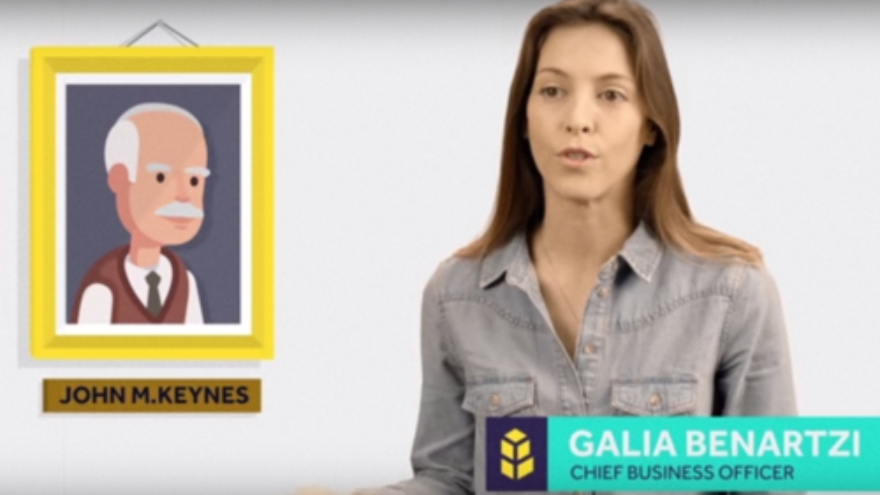 The latest innovator from Israel’s “startup nation” to score an international breakthrough is seeking to make digital currency go mainstream.

In late June, the Tel Aviv-based blockchain start-up Bancor Foundation raised $153 million on the Ethereum digital currency network, in a record-setting initial coin offering (ICO) at the time. Blockchain is a distributed database in which transactions made in digital currencies are recorded chronologically and publicly.

“Tel Aviv has proven, as in other technology verticals, to be a hotbed of innovation in the blockchain ecosystem,” Galia Benartzi, Bancor’s co-founder, told JNS.org.

The Bancor protocol aims to make the exchange and creation of digital currencies accessible to the masses, and is developing a simple online interface that will be available by the end of 2017.

“It will be as simple as using Squarespace or Wix for website creation,” Benartzi said, adding, “It will be the first time in blockchain history that a mainstream product will offer access to users with no technical requirements.”

Bancor’s endeavor to simplify digital currency caused excitement among enthusiasts in that sector, leading to the Israeli venture’s record-setting ICO in June.

The Bancor ICO was so popular that the Ethereum network became congested while thousands of users simultaneously attempted to acquire a stake in the new project, causing a crash in the price of the network’s digital currency, Ether, from $320 to as low as $0.10 before a quick recovery. A total of 10,885 buyers participated in the offering.

Benartzi called the ICO “a historic event” in which Bancor “was able to navigate tremendous network congestion to give the project its foundational capital.”

The Bancor protocol is an application based on Ethereum, a programmable network with its own digital currency that allows for the creation of decentralized applications called “DAaps” within its platform.

DAap projects such as the Bancor protocol are crowd-funded through ICOs, which allow investors to send Ether directly to the project’s developers in exchange for tokens that represent a share in the new project. ICOs are a new way of crowd-funding capital, akin to an IPO (initial public offering) on a stock market. But unlike an IPO, an ICO is not subject to government regulation.

In the case of the Bancor protocol, a buyer can acquire a share in the project, even after the ICO, by sending Ether to a digital “smart contract” created by Bancor’s developers. The smart contract automatically exchanges Ether for Bancor Network Tokens (BNT) and returns the currency to the buyer’s digital wallet.

When Ether is sent to the Bancor smart contract, it is “added to BNTs reserves, new BNT is minted for the buyer, and both the supply and price of BNT rises according to the Bancor protocol formula,” explained Benartzi.

The value of BNT is based on the protocol behind it, which creates an ecosystem allowing digital currencies such as Ether or Bitcoin to be exchanged and used as legitimate currencies.

She added, “These may be community and local currencies all over the world, business loyalty points, project tokens and new types of value networks that the Bancor Network ecosystem will enable.”

Bancor’s vision—the so-called “democratization of currencies”—is to enable the instant, automated and direct exchange of various stores of value such as national currencies, business loyalty points and user-created currencies. These stores of value, many of which previously had no use outside of their respective communities, would become usable forms of currency.

“The inspiration for Bancor,” said Benartzi, “came from a Keynesian proposal at the end of World War II, when the British suggested a supranational currency (called the Bancor) to facilitate global trade without favoring a specific nation.”

“As the world moves into its next era of geopolitical organization, and cryptocurrencies improve in adoption, security and stability, we can imagine a new financial world order which is based on algorithmically ensured balance rather than politics,” she said. “You can think of this like automating central banks according to transparent and immutable formulas.”

The groundbreaking project has attracted economic titans to join its advisory team, including Bernard Lietaer, co-designer of the Euro, and American billionaire and venture capitalist Tim Draper.

In addition to serving as a decentralized point of exchange, Bancor enables users to create a new type of digital currency called a “smart token,” which can be traded for other cryptocurrencies.

“One year from now the Bancor Network will encompass a wide plethora of smart tokens, both user-generated and created by us and other companies…our network of token-changers will be the most efficient and low-cost method of exchanging cryptocurrencies directly with each other, independent of exchanges,” said Benartzi.

Bancor has plans to make its seemingly complex technology go mainstream by launching what Benartzi described as a “dead simple online interface”—available on desktop and mobile devices—“for easily creating a smart token for your community or project.”

The interface is set to be ready by the end of this year.