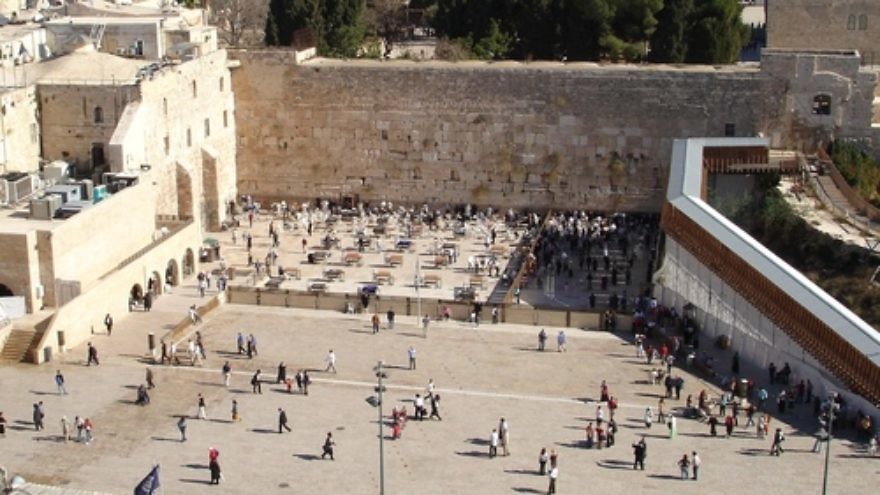 The relationship between religion and state in Israel is stormy. Lately, it seems the ultra-Orthodox have launched a new offensive on several fronts.

First, representatives of the ultra-Orthodox community went back on their Western Wall compromise agreement, a compromise that would give anyone interested in alternative prayer the option of holding services at the Wall’s southern section. Now, they are demanding that the Reform and Conservative movements be denied any official recognition in the new plaza at all.

Further, judges from the Petach Tikva rabbinical court recently took a bold step when they attempted to revoke conversions conducted by Rabbi Haskel Lookstein, a prominent Orthodox American rabbi. Lookstein converted, among others, Ivanka Trump, daughter of Republican presidential candidate Donald Trump. The judges who made this decision were unaware of who Lookstein is. Rather, they based their decision on the fact that he does not appear on the list of Diaspora rabbis whose conversions are approved by the Israeli Chief Rabbinate.

And earlier this summer, ultra-Orthodox legislators presented the Mikveh Bill, which has passed in its preliminary Knesset readings and is still being debated by the parliament. The bill stipulates that any immersion in a public mikveh (ritual bath) must be handled according to the Chief Rabbinate’s rules.

This new ultra-Orthodox offensive must be fought.

For starters, we must be unyielding in our opposition to reneging on the Kotel compromise. The agreement in its essence gave equally as much to the ultra-Orthodox (recognition of their monopoly over the majority of the Western Wall) as to those in search of a more egalitarian environment (the ability to pray freely in the separate and almost-equal southern section of the Wall). The fear of the ultra-Orthodox is that creating this southern section recognizes and legitimizes pluralistic streams of Judaism. The reality is that these streams received such legitimacy more than 20 years ago when a decision was made to establish official conversion institutes whose leadership would include representatives of the Conservative and Reform movements.

The State of Israel is the nation-state of the whole Jewish people. As such, our government must ensure all Jews can prayer at this most holy Jewish landmark.

Regarding the Rabbi Lookstein affair—it will work itself out. Chief Rabbi David Lau announced that he did not agree with the Petach Tikva court’s decision, so the particular situation will be rectified. Nonetheless, the Lookstein affair is indicative of a greater problem. While the State of Israel needs a reliable list of Diaspora rabbis who perform conversions, that list cannot be comprised of solely Orthodox rabbis. Israel’s High Court of Justice long ago recognized non-Orthodox conversions that were carried out in the Diaspora when it comes to the Law of Return. What the rabbinical court did in the Lookstein affair was to use its monopoly over marriage to take back its de facto monopoly over conversions, as well. This is not OK.

Lastly, mikvehs are taxpayer-funded public buildings. The Rabbinate has no right to dictate how those who wish to immerse do so. Further, the law not only affects those who wish to use the mikveh to complete their non-Orthodox conversions, but also thousands of women who use the mikveh monthly and do not want to be subject to the supervision of an ultra-Orthodox mikveh attendants who is employed by the Chief Rabbinate. Ultra-Orthodox political representatives have promised the Mikveh Bill will have no impact on women, but it is difficult to see how those promises can be anything more than mere words. What would prevent a mikveh attendant, even one who is acting independently, from imposing her view on the women’s immersion process?

But even as we are pained by recent events, we must take a positive perspective. The current battles are a result of the fact that more open-minded Israelis and Jews in the Diaspora are demanding change. The Rabbinate feels its control slipping away. Recent moves by the ultra-Orthodox are an attempt to maintain its stature.

We must sustain our fight. We must also recognize that we are in this together. The secular Israeli population is unwilling to accept the Rabbinate’s monopoly. Over the years, a growing number of younger members of the National Religious community have begun to oppose it, too. And we are likewise seeing a new generation of ultra-Orthodox who are beginning to at least feel uncomfortable with this monopoly.

Real change takes time. But this is a battle that, if won, could ultimately turn Israel’s stormy relationship between religion and state into a more docile one that benefits all Jewish people.

Yair Sheleg is the director of the Religion and State program at the Israel Democracy Institute.

***Editor’s note: In its news coverage, JNS.org’s policy is to use “haredi” rather than “ultra-Orthodox” to describe that sector of the Jewish community. For this op-ed, however, JNS.org has chosen not to alter the writer’s word choice.