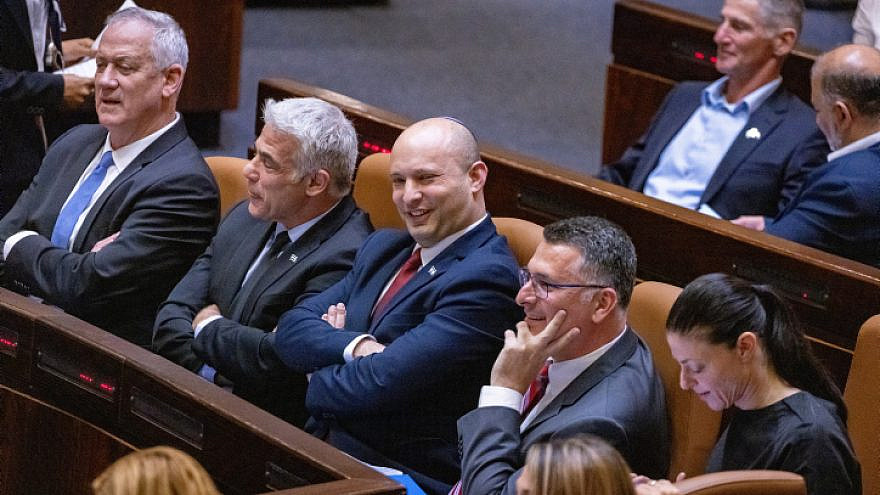 (June 22, 2021 / JNS) Israeli Foreign Minister Yair Lapid is scheduled to travel to the United Arab Emirates next week, marking his first visit there since he became the country’s top diplomat.

The visit comes as Israel and the Biden administration seek to find common ground on mutual issues. While both have expressed a desire to expand the Abraham Accords, key differences are likely to remain on issues such as the Palestinians and Iran. Israeli Prime Minister Naftali Bennett, like his predecessor, is opposed to the United States rejoining the Iranian nuclear deal, and the new government is unlikely to possess the political willpower to make any significant moves on the Palestinian front.

The international move to offer Iran concessions has put countries like Saudi Arabia and the UAE on edge—not to mention Israel—and decreases their willingness to take diplomatic risks. As a result, the Saudis and Emiratis are again engaging with Tehran because they want to contain the damage of the revival of the nuclear deal, Reuters reported earlier this month.

Earlier this month, The Washington Post reported that the Biden administration is considering appointing former Ambassador to Israel Daniel Shapiro as a Middle East envoy to expand ties with Arab states and Israel.

Shapiro is currently a distinguished visiting fellow at INSS.

“Appointing a special envoy to promote the Abraham Accords would be positive, and if it is Shapiro, that would be a good choice,” said Yoel Guzansky, a senior research fellow at Israel’s Institute for National Security Studies (INSS). “The combination of the Biden administration’s emphasis on pushing the Palestinian file and the recent Gaza war means there may not be any momentum for new countries to join the Abraham Accords soon.”

These factors could keep Saudi Arabia on the sidelines, seeing no benefit from joining the accords.

During his recent visit to the region in late May, Blinken told Palestinian Authority leader Mahmoud Abbas that America would reopen its Jerusalem consulate to the Palestinians and provide $360 million in support.

In addition to causing more malign behavior from the Palestinians, this approach could also cool off other Arab states from joining the peace deal.

“The Saudis and other Arab states may be thinking: Why join the Abraham Accords now and risk embarrassment if there is another Gaza war soon?” added Guzansky, a non-resident scholar at the Middle East Institute and who previously served on Israel’s National Security Council.

He sees a significant risk that another Gaza war could break out in the not-so-distant future.

Regarding the Abraham Accords, “nobody knows what these deals entail in their entirety,” he said, though added that these agreements “passed their first test with the Gaza war as none of these countries canceled the deal or withdrew their ambassadors, but only voiced rhetorical concern.”

A focus on domestic and social issues

At the moment, the new Israeli government led by Bennett does not have a coherent ideology or strategy. It comprises far-left elements—Meretz and Labor—and even an Arab Islamist party, the United Arab List (known by its Hebrew acronym, Ra’am).

“The new government’s agenda does not plan to focus on the Palestinian file, but domestic economic and social issues,” Ido Zelkovitz, head of the Middle East Studies program at the Max Stern Yezreel Valley College, told JNS.

He predicted that the security agencies and the military would primarily handle security and Palestinian issues.

“The fragile government does not have a mandate from the public to deal with the Palestinians and the peace process,” said Zelkovitz, also the research fellow at the Chaikin Chair for Geostrategy at the University of Haifa.

Bennett negotiated to become prime minister with only six Yamina Party members (one refused to support it) in a narrow coalition of a bare majority of 61 seats. Coalition partner and Alternative Prime Minister Yair Lapid’s Yesh Atid received 17 seats in the election.

Zelkovitz sees the most probable scenario to be a continuation of the status quo and some understanding reached with Hamas-ruled Gaza through Egyptian mediation to solidify the ceasefire.

“With time, as the new government gains confidence, combined with international pressure, it could be that it would take a more active role in the Palestinian issue after it deals with passing a budget,” he assessed.

However, he warns that dealing with the Palestinian issue could also “lead to the government’s breakup in a year-and-a-half to two years.”

For this reason, it is most reasonable to expect the new government to focus on expanding the Abraham Accords to more Arab and Muslim-majority countries, and for now, keep the divisive Palestinian issue on the backburner.