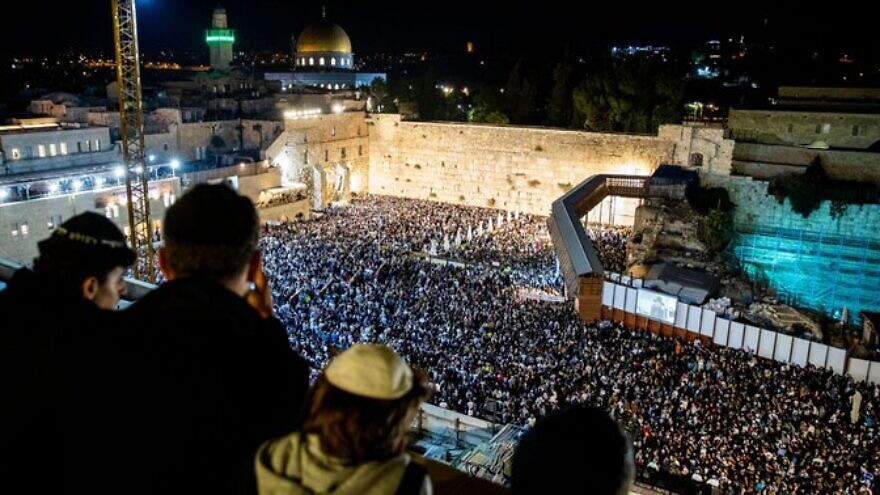 Jews gather at the Western Wall in Jerusalem for the final selichot, or penitential prayers, ahead of Yom Kippur, Oct. 9, 2019. Source: Twitter.
Spread the word.
Help JNS grow!
Share now:

(December 6, 2022 / JNS) The Jerusalem College of Technology (JCT) announced on Monday the launch of a smicha (rabbinic ordination) program whose graduates will provide Jewish leadership for Israel’s English-speaking (Anglo) communities and synagogues that do not currently employ rabbis.

The program caters to students not necessarily interested in working as full-time pulpit rabbis, but seeking to balance Jewish community leadership with careers in high-tech and other fields.

“In smicha programs abroad, the model is such that you begin with your undergraduate degree and move on to rabbinic ordination, which is considered a graduate degree. Our program is tailored to an Israeli society that is much faster-paced and where the job market and general lifestyle, including yeshiva studies and army service, does not allow for two degrees before entering the workforce,” said Rabbi Shlomo Anapolle, head of JCT’s International Program in English.

The Smicha Program aligns with JCT’s overall curricular model in which students are involved in focused Torah study in the mornings, followed by academics in the afternoons. Accordingly, students in JCT’s rabbinic ordination track are able to simultaneously study the academic disciplines that give them peace of mind regarding their future careers, thereby enabling them to pursue clergy positions in Anglo communities without jeopardizing financial security.

“JCT hopes to create a community that is Torah-oriented and economically viable,” Anapolle said. “Our Smicha Program is providing an academically strong graduate who is also committed to community development. We want this program to be an investment in Jewish leadership in the State of Israel. This is a game-changing approach when it comes to Anglos integrating into Israeli society, in terms of Torah study and Jewish leadership,” he added.