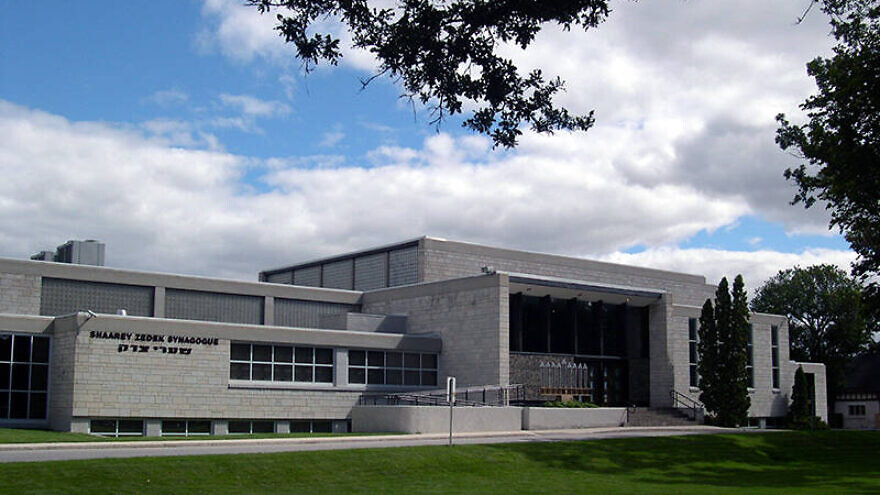 (July 1, 2022 / JNS) The Winnipeg Police Service in Canada is investigating what some in the Jewish community are calling a case of “major vandalism” after some 70 gravestones at the city’s largest Jewish cemetery were found toppled to the ground on Wednesday.

The Shaarey Zedek Cemetery dates back to the early 1900s. It is affiliated with Congregation Shaarey Zedek, a Conservative synagogue there.

In a message to the synagogue’s membership about the incident, executive director of Congregation Shaarey Zedek Ran Ukashi wrote: “There was no graffiti on any of the stones or cemetery property. … Associates from local monument companies are working to reinstall the headstones, and cemetery staff are recording any damage for repair. Next of kin noted on plot contracts will be notified if there was any damage to a headstone.”

Friends of Simon Wiesenthal Center in Canada tweeted: “We’re horrified by the despicable vandalism that occurred at the cemetery of Congregation Shaarey Zedek. This act shows sheer disrespect toward members of Winnipeg’s Jewish community whose loved ones’ final resting place was desecrated.” 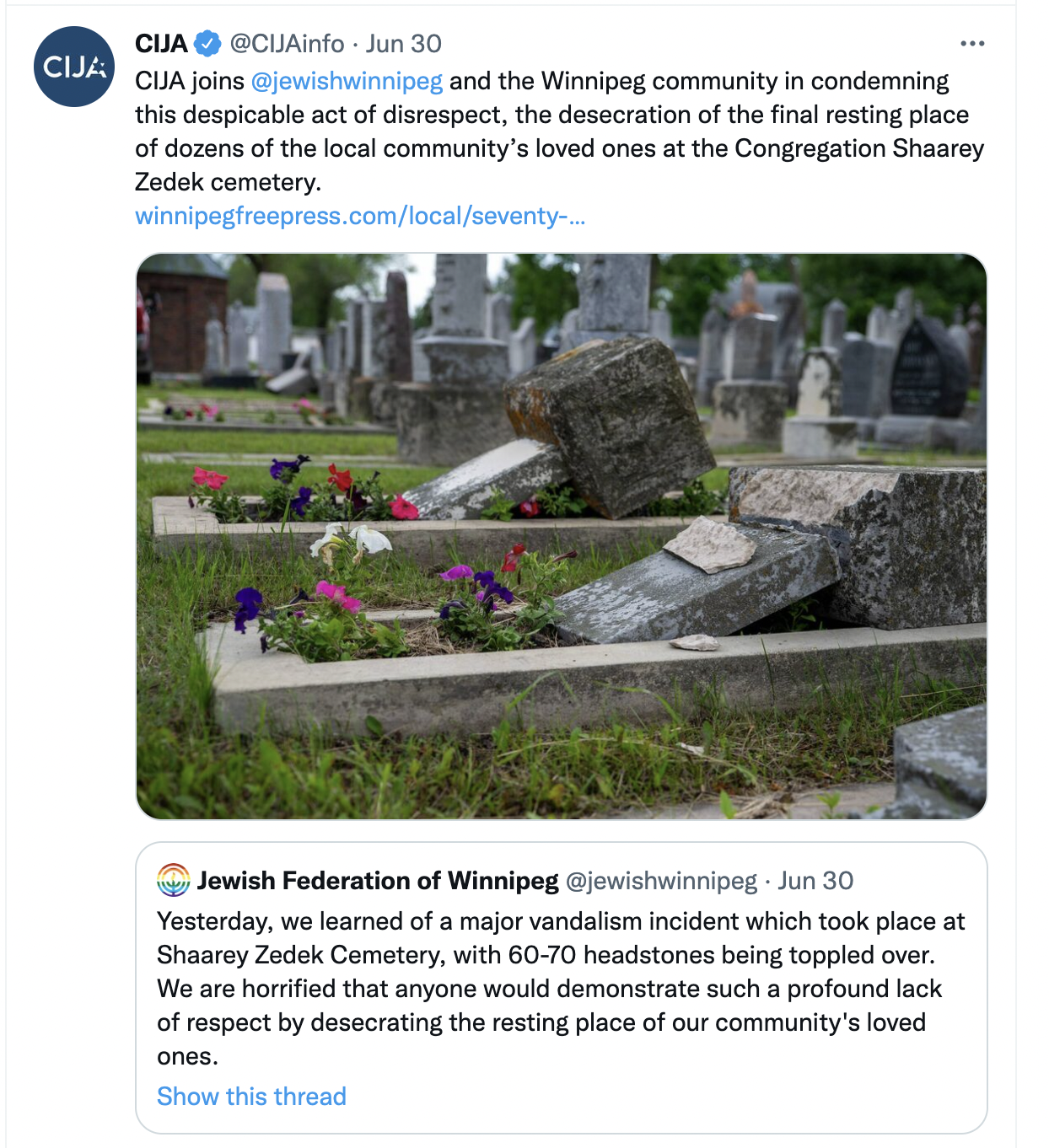 Some 70 gravestones at the city’s largest Jewish cemetery were found toppled to the ground on June 29, 2022. Source: Screenshot.

An estimated 14,000 Jews live in the city. According to Gustavo Zentner, president of the Jewish Federation of Winnipeg, “you would be hard-pressed to find a Jewish person in Winnipeg who doesn’t have a friend or relative buried there.”

“It is hard to comprehend that anyone would put this amount of effort into such a despicable act, and it is something that most communities would struggle to cope with if they were faced with a similar attack,” he said.

Zentner added that the incident has caused “much distress” among Jewish residents but was heartened by the response of the community at large, which has expressed their revulsion to the incident.

The last time a Jewish cemetery was vandalized in Winnepeg was in 2014, according to the Federation.

“Winnipeg is not immune to the trend of increasing anti-Semitic incidents taking place across Canada; however, we do not know if the perpetrators were motivated by anti-Semitism or if this was simple vandalism,” he said. “We are hopeful that the police will identify this as part of their investigation.”

In more positive news, Zentner said “we are pleased to announce that all of the headstones have been reinstalled to their normal placement. The location of the vandalism was in sections 1 and 2—we are in the process of cataloging the damage and contacting families. The Winnipeg Police investigation continues, and we hope for justice in this matter. We will provide additional information should this be resolved.”