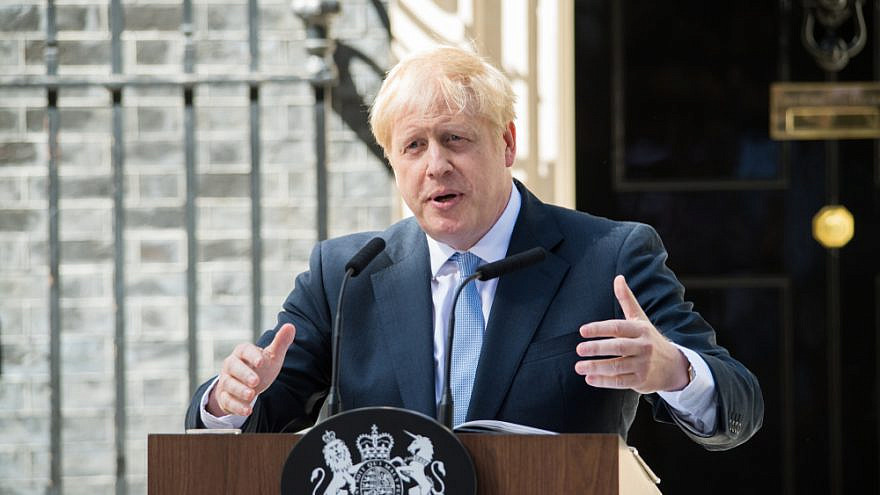 (May 13, 2021 / JNS) British Prime Minister Boris Johnson urged Israel and the Palestinians on Wednesday to “step back from the brink” and “show restraint” as violence heightened between both sides.

He said the United Kingdom “is deeply concerned by the growing violence and civilian casualties, and we want to see an urgent de-escalation of tensions.”

British foreign secretary Dominic Raab wrote on Twitter on Monday that the United Kingdom condemns the firing of rockets at Jerusalem and other locations in Israel. He added that “the ongoing violence in Jerusalem and Gaza must stop. We need an immediate de-escalation on all sides and an end to the targeting of civilian populations.”

The U.K.’s foreign-office minister James Cleverley called the ongoing violence “deeply concerning,” according to the BBC. He said, “This cycle of violence must stop, and every effort must be made to avoid the loss of life, especially that of children.”

Like Johnson, Cleverley called on both sides “to refrain from any kind of provocation so that calm is restored as quickly as possible.”

He noted that the United Kingdom “unequivocally condemns acts of terrorism from Hamas” and said Israel has a “legitimate right to self-defense.” He added, however, that actions must be “proportionate and in line with international humanitarian law.”

Hamas and Palestinian Islamic Jihad in the Gaza Strip have fired more than 1,300 rockets towards Israel since the attacks began in full force on Monday, according to the Israel Defense Forces. In response, the IDF has carried out hundreds of airstrikes against terror factions and military sites in Gaza.