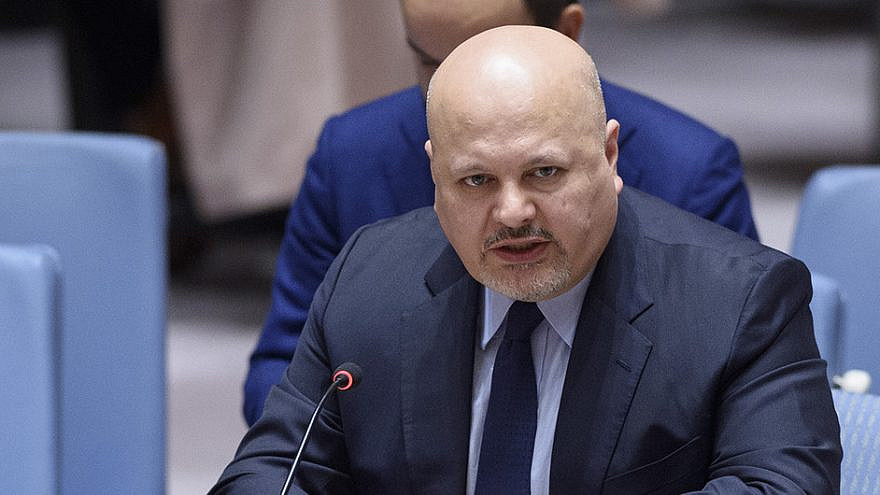 (February 14, 2021 / JNS) The Assembly of State Parties to the Rome Statute elected British attorney Karim Khan as the new chief prosecutor of the International Criminal Court on Friday.

Khan, a criminal lawyer and human-rights expert, is currently assistant secretary-general of the United Nations. He is best known for leading the U.N.’s special team investigating Islamic State crimes in Iraq, according to Reuters.

The prosecutor-elect holds law degrees from King’s College and the University of London, has studied and taught Islamic law and authored numerous works in the fields of international criminal justice and human rights, according to the United Nations.

Khan, who is to begin his nine-year term on June 16, replaces ICC Chief Prosecutor Fatou Bensouda, who has been the focus of intense criticism in recent days for her role in the ICC’s Feb. 5 ruling that the court has jurisdiction to open a criminal investigation against Israel for alleged war crimes committed against Palestinians in eastern Jerusalem, Gaza and the Palestinian-controlled areas in Judea and Samaria.

One of Khan’s first decisions could be whether or not to proceed with such an investigation. He will also have to decide if the court will continue to pursue an investigation into the United States for alleged war crimes committed by American troops in Afghanistan, begun last year by Bensouda.

Under former President Donald Trump, the United States, which is not a member of the ICC, hit Bensouda and other senior ICC officials with sanctions for that decision, including a travel ban and asset freeze.

A U.S. State Department spokesman said in a written statement in January that the Biden administration will “thoroughly review” the sanctions to “determine our next steps.”