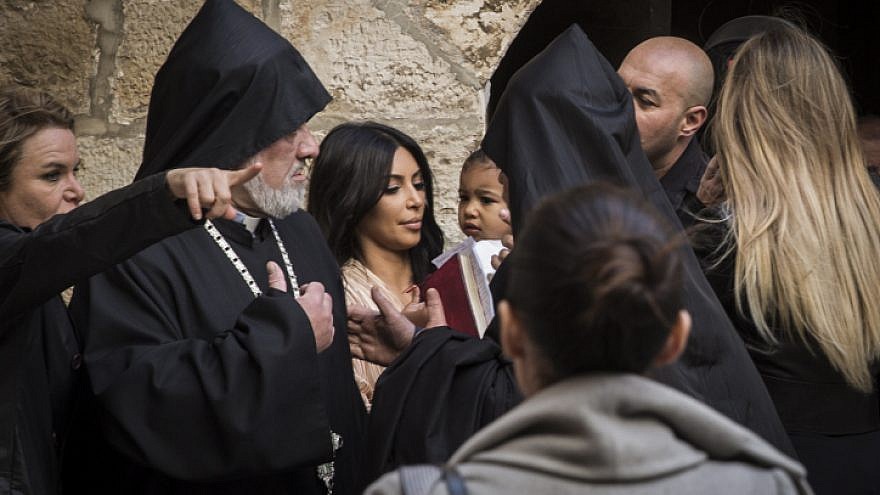 (October 24, 2022 / JNS) Kim Kardashian said she stands with the Jewish community, in a tweet that appears to be a response to numerous recent anti-Semitic remarks made by her ex-husband Kanye West.

“Hate speech is never OK or excusable,” the reality star tweeted to her 73 million followers. “I stand together with the Jewish community and call on the terrible violence and hateful retoric towards them to come to an immediate end.”

West—who now goes by “Ye”— made several comments in recent weeks including telling NewsNation’s Chris Cuomo last week that the “Jewish underground media mafia” is targeting him, he doesn’t believe in the term “anti-Semitic” and that today’s music industry is akin to “modern-day slavery.”

The International Legal Forum sent a letter to sporting goods and apparel giant Adidas labeling West an anti-Semite and urging the company to drop him as a business partner.

“Earlier this month, Kanye threatened to go ‘Death Con 3 on JEWISH PEOPLE,’” the letter reads, continuing, “He has since gone on an unhinged anti-Semitic tirade, including blaming ‘Jewish media’ for various grievances, saying ‘Jewish people have owned the black voice’ and that ‘the Jewish community, especially in the music industry, they’ll take us and milk us till we die.’