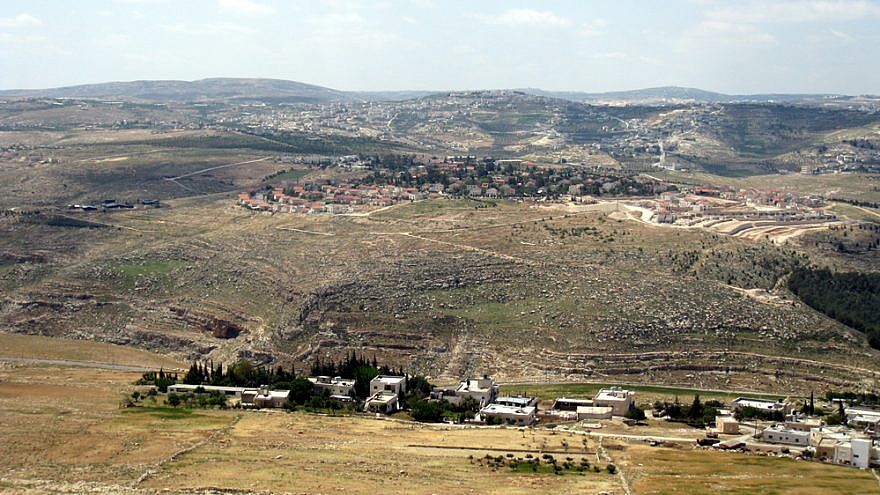 (May 8, 2022 / JNS) A resident of Tekoa, on Sunday, shot and killed an armed Palestinian who had infiltrated the Gush Etzion town, according to a statement by the Israel Defense Forces. The resident is a member of a local armed response unit, according to the IDF.

Israeli forces quickly arrived on the scene and began sweeping for additional infiltrators, the statement continued. Residents were instructed to remain in their homes until the sweeps were completed.

The resident had spotted the suspect near the entrance to his own home, which is located near the town’s outer fence, and opened fire, Ynet reported.

The terrorist, who was later identified as Muatzam Muhammad Taleb Atallah, from the Palestinian village of Harmala, south of Bethlehem, had been armed with a knife, according to the IDF.

Tekoa official Moshe Saville praised the resident who shot the terrorist saying he had displayed alertness and acted in “a manner that is inspiring,” and had prevented a “big disaster,” according to Ynet.

The incident came within an hour of another attack, in Jerusalem, in which a Palestinian stabbed and moderately wounded a Border Police officer near the Old City’s Damascus Gate before being shot by other officers on the scene. The assailant was evacuated to hospital in critical condition, where he later died of his wounds.

Also on Sunday, Israeli security forces shot and killed a Palestinian attempting to illegally cross from Samaria into Israel.

The suspect, named by Israel National News as Mahmoud Sami Khalil, a resident of Khan Yunis in the Gaza Strip, crossed into Israel from the Strip in 2019 and had been residing illegally in Judea and Samaria while working in Israel without a permit, according to the IDF.

Israeli forces saw Khalil entering via a breach in the security barrier and ordered him to stop, opening fire after he ignored their calls, the military said in a statement.

Khalil was airlifted to the Sheba Medical Center in Ramat Gan in critical condition. Doctors later pronounced him dead.