Elion Even-Esh, who served in an elite unit in the Israeli Defense Forces where he learned Krav Maga (an IDF-developed style of self-defense) and later served as a captain in the U.S. Marine Corps, has made it his mission to “instill strength and confidence” in the Torah-observant communities of the United States. Credit: Courtesy.
Republish this article
814 WORDS
Spread the word.
Help JNS grow!
Share now:

(January 21, 2020 / JNS) Just one month before the deadliest anti-Semitic mass shooting in U.S. history on Oct. 27, 2018, which took the lives of 11 Jewish worshippers in a Pittsburgh synagogue, Eilon Even-Esh was at a Jewish community in the city teaching self-defense. Unfortunately, he said, the class had a low turn out.

However, in light of the rise of anti-Semitism over the last few years, and especially since the Monsey machete attack on Dec. 28 at a rabbi’s home at a Hanukkah celebration, his phone has been ringing off the hook.

Even-Esh, who served in an elite unit in the Israeli Defense Forces where he learned Krav Maga (an IDF-developed style of self-defense) and later served as a captain in the U.S. Marine Corps, has made it his mission to “instill strength and confidence” in the Torah-observant communities of the United States.

According to Even-Esh, this community tends to be less equipped for self-defense, despite being over-represented as the target of anti-Semitic attacks, as their members look “the most Jewish.”

Because these communities choose not to learn at co-ed karate dojos, they have less access to self-defense, he said.

That, added to “growing up in an un-athletic world,” makes it evermore important to teach religious communities the techniques of self-defense. His active shooter and stabber seminars teach people of all sizes and strengths to defend themselves.

Though Moses, Joshua, King David and the Maccabees in the Hanukkah story were all fighters, Even-Esh told JNS that “outside of Israel, for a few thousand years now, Jews have not been fighters, and that’s painful for me. I want to be able to teach as many people who are not as effective in protecting themselves to [do so], so we are less of a target,” he said. 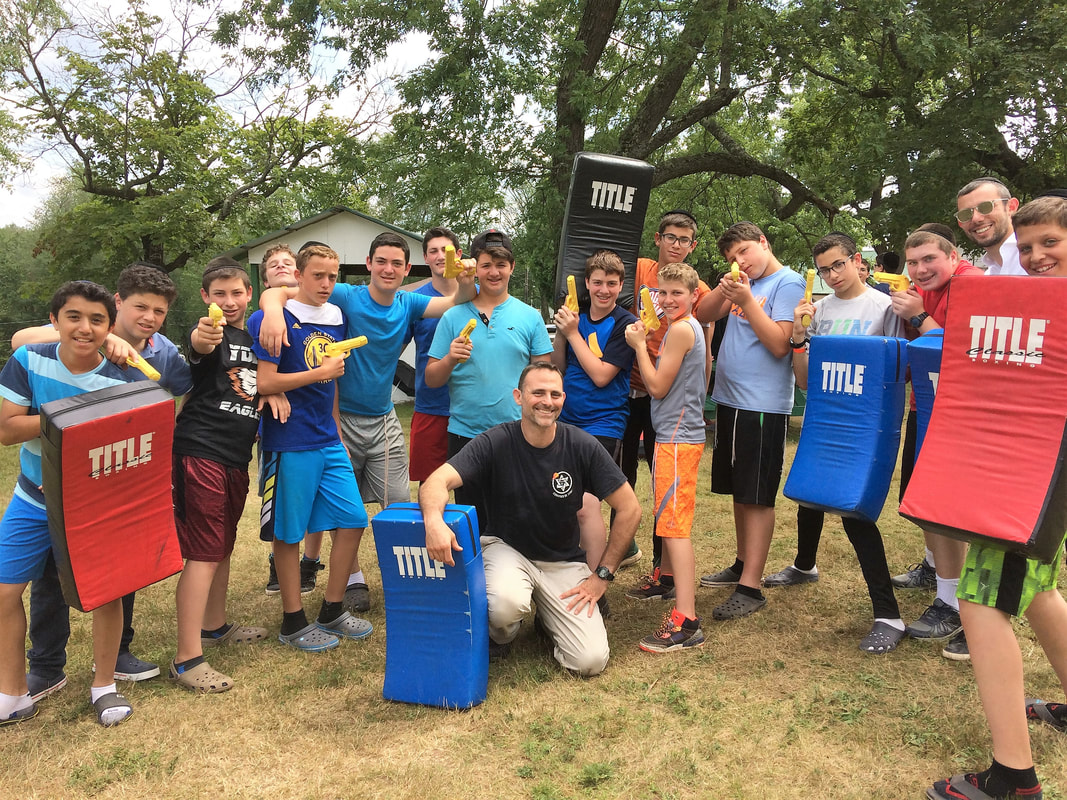 Eilon Even-Esh (center) with a group of students after a self-defense training session. Credit: Courtesy.

As anti-Semitic attacks have risen in America and abroad, people have become nervous—“the community is waking up,” he said.

In addition to his seminars, one of the services Even-Esh offers is a military-style security assessment for Jewish institutions, where he covertly assesses the effectiveness of the infrastructure and security awareness of the community. Working with a grant writer, he uses his assessment to help communities apply for state funding from local governments and the Department of Homeland Security, both responsible for securing religious institutions in the United States.

Just a day or two before the attack in a Monsey home, said Even-Esh, a Yeshiva in Monsey that he assessed received $50,000 from the Department of Homeland Security to improve the security of their facilities, though the funding took more than a year to receive.

In addition to his services, various other organizations are also working to improve self-defense in Jewish communities in the United States and around the world.

‘A greater sense of preparedness’

The Jewish Agency’s Security Assistance Fund has been providing support to more than 600 Jewish communities, primarily in Europe and South America, for seven years. Security cameras, doors and locks sponsored in large part by the Jewish Agency’s fund prevented an attacker from entering a synagogue in Halle, Germany, this past Yom Kippur that was the target of an anti-Semitic attack.

“We’re committed to enabling Jewish life to thrive in communities around the world in safety,” Jewish Agency chairman Isaac Herzog told JNS. “Today, unfortunately, we are seeing time and again the importance of our investment in enhancing security measures at Jewish institutions. Jews must be able to live freely and safely everywhere.” 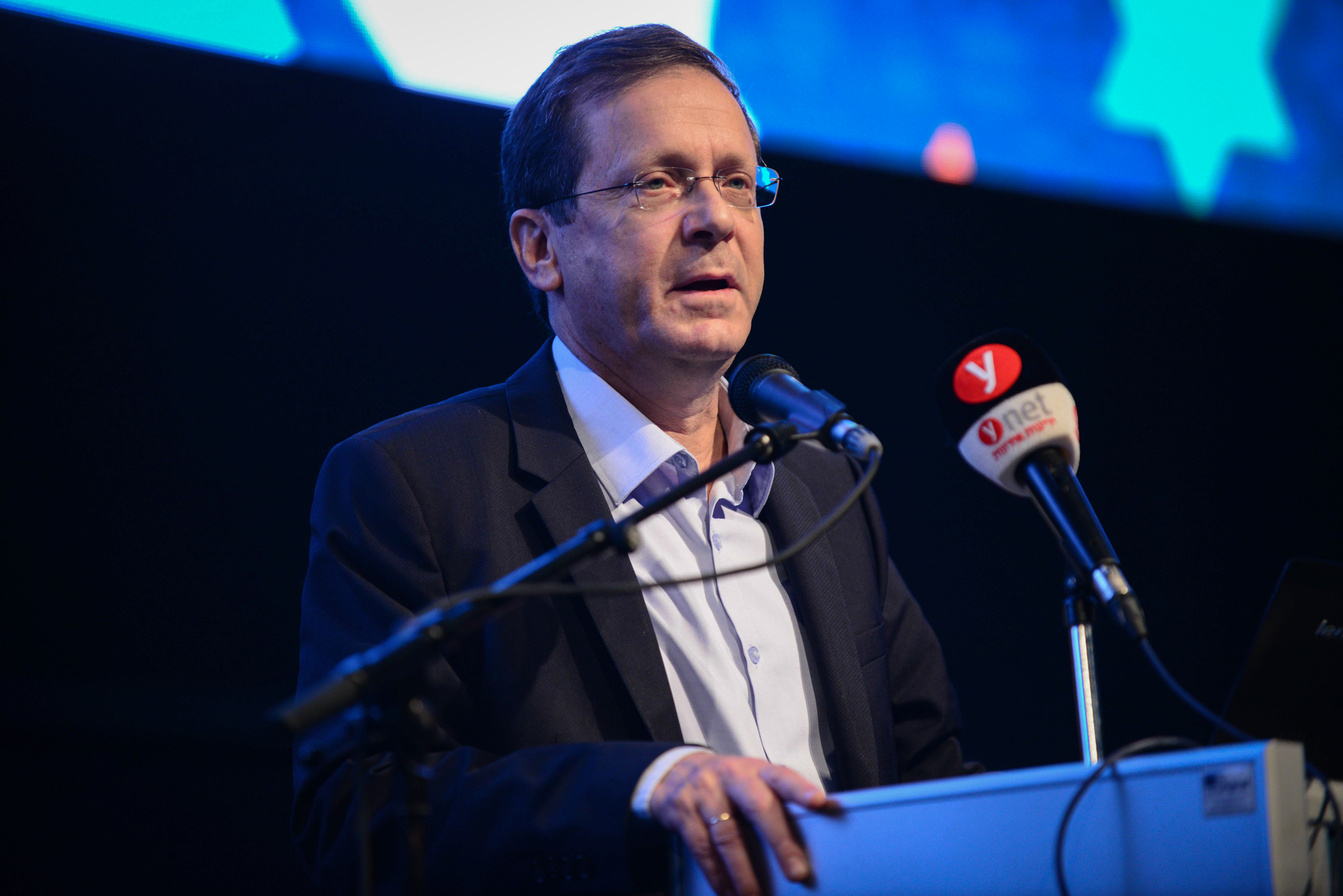 Also based in Israel, Magen David Adom’s “First Seven Minutes” course uses the Jewish state’s expertise dealing with multiple casualty incidents to teach life-saving skills to communities around the world in the crucial first seven minutes prior to the arrival of an ambulance (seven minutes is MDA’s target ambulance response time).

The program, according to MDA deputy director Eli Yafe, is intended to provide tools that will assist Jewish communities abroad in dealing with terror attacks. “Over this past year, we have taught hundreds of people and given them these vital life-saving tools,” he told JNS.

“We are pleased that the participants describe great satisfaction with the program and its contents, and report that they feel a greater sense of preparedness in light of the ever-growing security threats,” he said.

In the first few years since its launch, Magen David Adom has taught the course in Jewish and non-Jewish community centers, schools and places of worship worldwide, with future courses planned for the United States.

“It is important to continue teaching the courses and raising the number of courses that we will teach in the U.S.,” said Yafe. “The communities need to feel that they know what to do when an incident occurs, and that they will be able to save lives. We feel that by using Israel’s vast experience in dealing with terror attacks and mass casualties that we can help the Jewish communities around the world.”