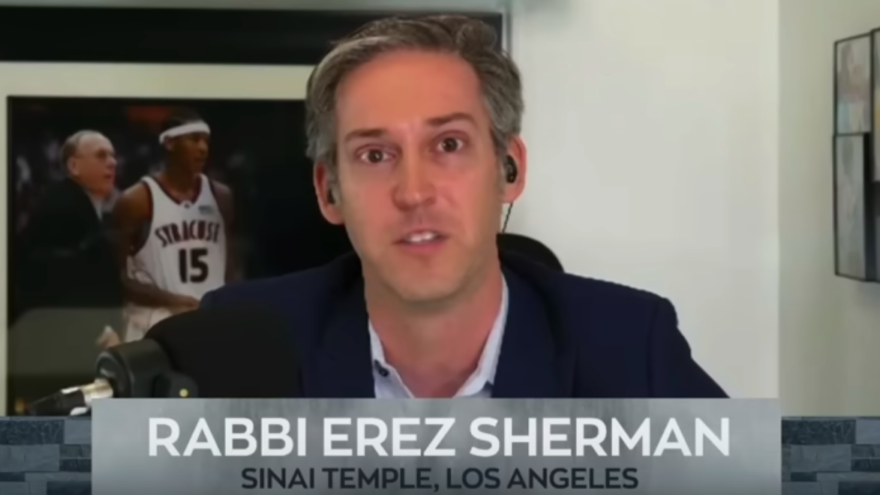 (November 2, 2022 / JNS) When Rabbi Erez Sherman of Sinai Temple in Los Angeles spoke with National Basketball Association analyst Ernie Johnson of TNT for Sherman’s podcast “Rabbi on The Sidelines” back in February, he did not expect that Johnson would reciprocate the gesture in November.

Yet there Sherman was Tuesday evening, appearing in a national broadcast with Johnson and NBA legend Charles Barkley on a national broadcast. Barkley said on air that the NBA “dropped the ball” by not suspending Brooklyn Nets point guard Kyrie Irving for linking an anti-Semitic movie on his Twitter page.

“The team or the league should have done something immediately,” Barkley said.

Asked by Johnson what he would say to Irving if they met, Sherman responded, “I would say, ‘Come into my synagogue, meet my children, learn about us as a community, teach our children what it means to be a human being in this great country of America and then good things can happen.’”

“Sports and faith intersect in a very deep way,” he added.

Speaking to JNS by phone, Sherman said Barkley told him, “I’m worried about my own grandchildren and want to understand the intricacies of this from a rabbi.”

Barkley’s daughter is married to a Jewish man.

Citing the teachings of the late British Chief Rabbi Jonathan Sacks, Sherman said faith can be the solution instead of being the problem.

Anti-Semitic material was dropped on Sherman’s driveway a few weeks before the broadcast was aired. 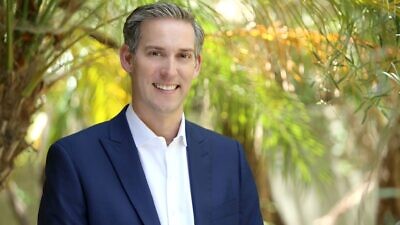 Barkley asked Sherman if he should blame political leaders for anti-Semitism.

“I said what I love as a rabbi is that we don’t talk about [former Vice President Mike] Pence or [Speaker of the House Nancy] Pelosi, we talk about Moses and Joshua,” said Sherman

Sherman dismissed Irving’s claim that he was not promoting the anti-Semitic movie by posting a tweet did not constitute promotion. The film lists what it describes are falsehoods spread by Jews, including that Jesus was Jewish and that 6 million Jews were killed in the Holocaust. It also refers to Jews as satanic.

Despite the fear he has over anti-Semitism, it is time for action, dialogue and education on a large scale to raise awareness among athletes, celebrities and whoever is willing to learn, Sherman affirmed.