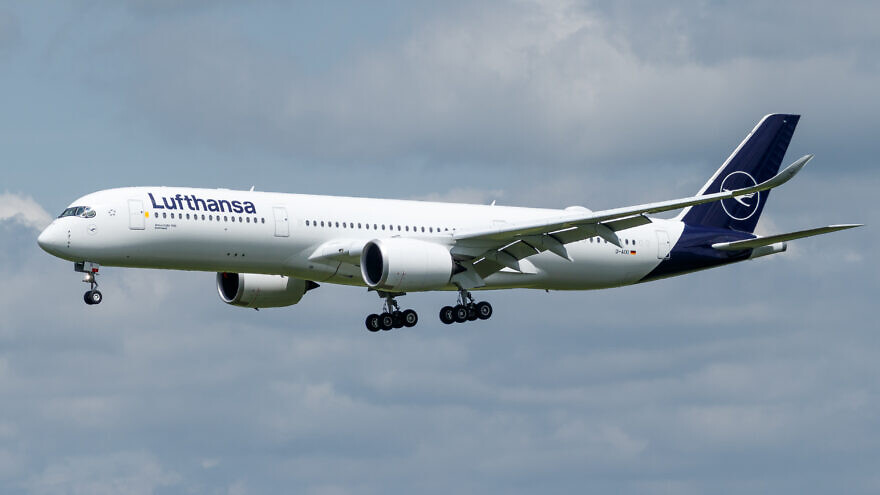 (May 10, 2022 / JNS) Germany’s leading airline Lufthansa apologized on Tuesday for keeping more than 100 identifiably Jewish individuals from flying with the airline last week from Germany to Hungary.

The passengers, many of whom were traveling individually and had been en route on Flight #LH1334 from John F. Kennedy Airport in New York to Budapest with a stopover in Frankfurt. Upon landing in Frankfurt, the recognizably Jewish individuals were denied permission to continue onboard the plane as some, according to the airlines, had not followed proper mask-wearing protocols.

In the May 10 statement, Lufthansa said it “regrets the circumstances surrounding the decision to exclude the affected passengers from the flight, for which Lufthansa sincerely apologizes.”

“While Lufthansa is still reviewing the facts and circumstances of that day, we regret that the large group was denied boarding rather than limiting it to the noncompliant guests,” continued the airline, adding that diversity is a core company value. “We have zero tolerance for racism, anti-Semitism and discrimination.”

It went on to say Lufthansa is “engaging with the affected passengers to better understand their concerns and openly discuss how we may improve our customer service.”

The airline’s apology comes after video surfaced of an employee telling a Jewish passenger that those who were banned are “Jewish from JFK” and that it was the “Jewish people who were the mess, who made the problems.”

Several Jewish groups have called out the airline, demanding that they address the incident.

The Anti-Defamation League tweeted on Tuesday afternoon: “This non-apology fails to admit fault or identify the banned passengers as Jews. It also refers to them as a group, even though many were strangers. They had one commonality—being visibly Jewish. In addition to investigating, ensuring accountability and taking steps to repair the harm, including compensating the victims to the extent possible, Lufthansa, as a German company, has a special responsibility to educate its staff.”

Many of the Jews on the flight had been traveling to the town of  Bodrogkeresztúr, formerly Kerestir, in Hungary for the observance of the yahrzeit (anniversary of death) of Rabbi Yeshaya Steiner, known as the Kerestir rebbe.