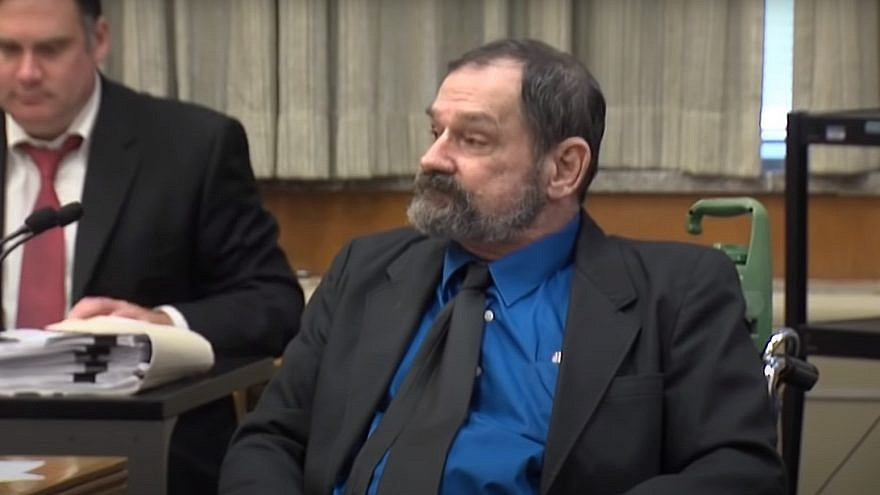 (May 6, 2021 / JNS) White supremacist Frazier Glenn Miller Jr., who was responsible for killing three people at a Jewish community center and assisted-living/Jewish retirement facility in Kansas City, Kan., in 2014, died in prison on Monday.

Miller was convicted of capital murder and sentenced to death in 2015 for his attacks on the two Jewish sites in Overland Park. His execution by lethal injection was pending active legal appeals, NPR reported. He died in the El Dorado Correctional Facility in Kansas at the age of 80.

Though an official cause of death has not been announced, a news release from the Kansas Department of Corrections said “preliminary assessment indicates the death was due to natural causes.” Miller said during his 2015 trial that he had chronic emphysema.

In April 2014, he opened fire in the parking lot of Overland Park’s Jewish Community Center, where he killed 69-year-old physician William Corporon and his 14-year-old grandson, Reat Underwood. He then drove to the nearby Village Shalom retirement home and shot to death 53-year-old Terri LaManno, who was visiting her mother.

Miller said repeatedly in his trial and interviews with the press that he went to those locations seeking to kill Jews, NPR noted. All three victims were Christians.

He died the same day, May 3, that a relative of two of the Kansas City victims published a book in honor of their lives.