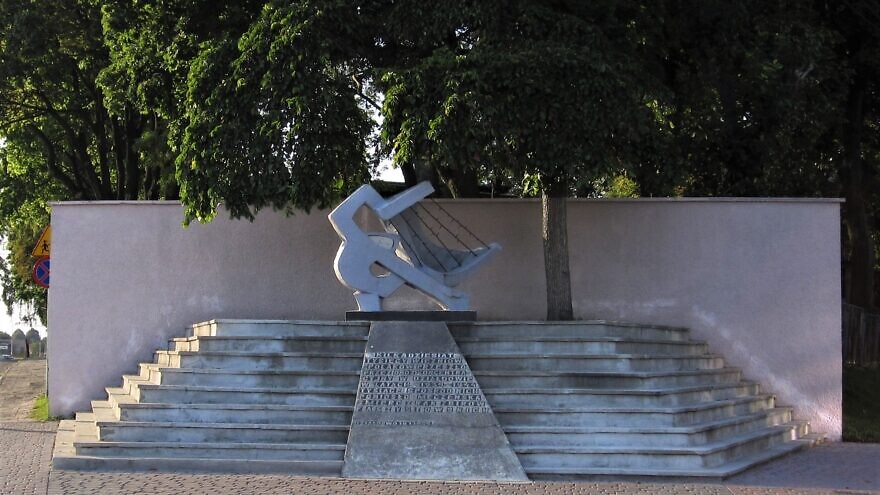 (July 14, 2022 / JNS) Two mass graves containing the ashes of at least 8,000 Poles killed by the Nazis during World War II were recently discovered in a forest in Poland by archeologists and anthropologists from the Institute of National Remembrance (IPN), reported the Associated Press.

Speeches and a wreath-laying ceremony organized by the institute took place this week at the site of the mass graves in the Bialuty Forest, about 100 miles north of Warsaw. At least 17 tons of ashes were found in two 10-foot-deep pits. The victims of the forest executions were mostly inmates of the Soldau Nazi concentration camp, in the Polish town of Działdowo, who were killed between 1940 and 1944, said IPN experts.

In the spring of 1944, Nazis excavated the bodies of the victims they killed in the forest, and the corpses were “burned and pulverized in order to prevent this crime from ever being known, in order to prevent anyone taking responsibility for it,” IPN head Karol Nawrocki said on Wednesday. The Nazis ordered other prisoners, mostly Jewish, to take care of the cover-up before they were also killed.

An estimated 30,000 people were held captive at Soldau. Nearly half of the inmates there between 1939 and 1945 were shot dead or killed by starvation, illnesses and mistreatment, according to IPN.

The forest was previously known as a burial site for murdered Soldau inmates but the exact location of the mass graves and the number of victims were not identified until the recent excavation, noted the AP.