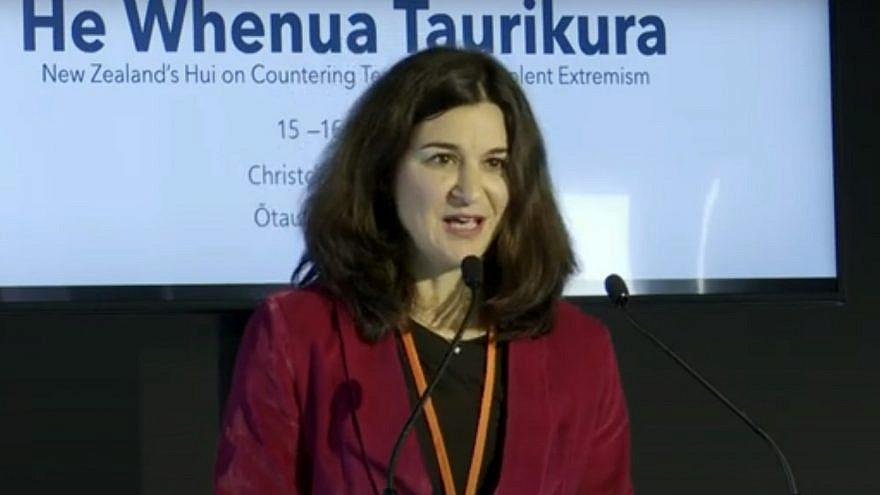 (June 18, 2021 / JNS) More than a dozen Muslim attendees at an anti-terrorism conference in New Zealand shouted “Free Palestine” and staged a walkout during a speech by a leader of the country’s Jewish community.

It happened while Juliet Moses, spokesperson for the New Zealand Jewish Council, told the crowd that the country’s leaders should be consistent when condemning terrorism.

“We need to hear leaders condemn all support for terrorism and all terrorism equally whatever the source, target and circumstances, and even when it is not politically expedient to do so,” she said, according to The New Zealand Herald. “Hezbollah and Hamas, their military wings, are proscribed terror organizations in New Zealand.”

The incident occurred at the country’s first hui (“social gathering”) on Countering Terrorism and Violence Extremism on June 14 in Christchurch.

Her remarks caused a strong response from some members of the Muslim community. Federation of the Islamic Associations of New Zealand chair Abdur Razzaq, who staged the walkout, said the hui was about “discussing social cohesion … we came here to discuss ways to peace,” reported The New Zealand Herald. “There are lots of things out there that divide us, let us have some wisdom and prioritize what unites us first.”

Later, Moses defended her talk, noting that New Zealand’s Jews face a number of threats, including from Hezbollah. New Zealand only recognizes Hezbollah’s military wing as a terror organization.

“If they had stayed to listen to my whole speech, they would have heard that I very much talked about unity—about the ways that we can work together towards social cohesion and indeed all of the initiatives that I’ve been involved in,” she said.

In response to the incident, a group of pro-Israel organizations issued a statement in support of Moses.

“We need to hear leaders condemn all support for terrorism and all terrorism equally, whatever the source, target and circumstance, and even when it is not politically expedient to do so,” said the group, called “Friends of the New Zealand Jewish Community.”

It added that it supports efforts by Moses “to bring this matter to public attention.”