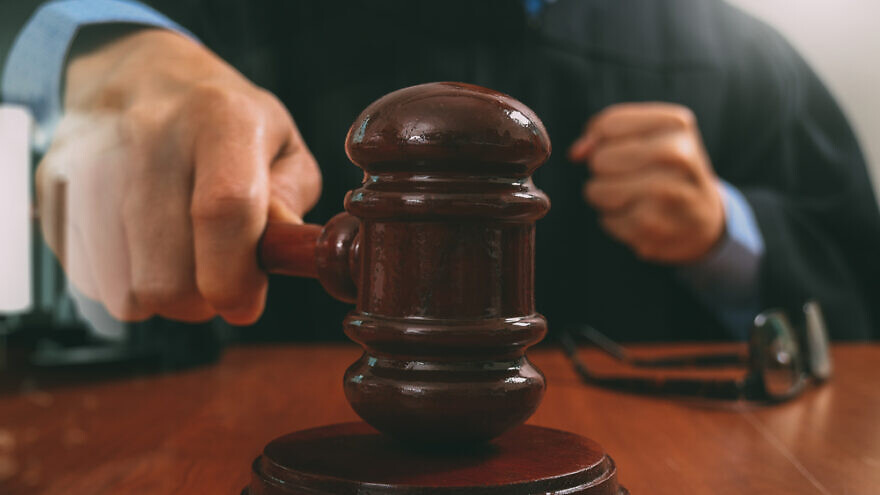 (January 13, 2022 / JNS) The leader of a neo-Nazi group who threatened journalists and employees of the Anti-Defamation League has been sentenced to seven years in federal prison, reported The Associated Press.

Texas resident Kabel Cole, 26, and four other members of the neo-Nazi group the Atomwaffen Division, also known as the National Socialist Order, delivered intimidating posters to journalists and Jewish people connected to the ADL in Washington state, Arizona and Florida in January 2020.

The posters said: “You have been visited by your local Nazis,” “Your actions have consequences” and “We are watching.”

They featured threatening images such as a figure ready to throw a Molotov cocktail at a house and the words “Death to Pigs,” which is the same message followers of convicted cult leader Charles Manson wrote in the blood of their victims during a home invasion and series of murders in California in the summer of 1969.

Cole was convicted in late September. His sentence is the longest prison term given to participants of the crime and more than twice as long as that handed down to the conspiracy’s other leader, Cameron Shea.

Cole became a leader of Atomwaffen after a previous head was arrested, according to investigators. His attorney, Christopher Black, claims that Shea had the idea for the conspiracy and was its true leader, while his client made the posters and offered suggestions like the other participants.

However, Assistant U.S. Attorney Thomas Woods said Cole lacked remorse for the crime, unlike the other defendants. Said Woods: “That was [Cole’s] identity; his life’s work to this point: hate, targeting people to instill terror. And it worked.”