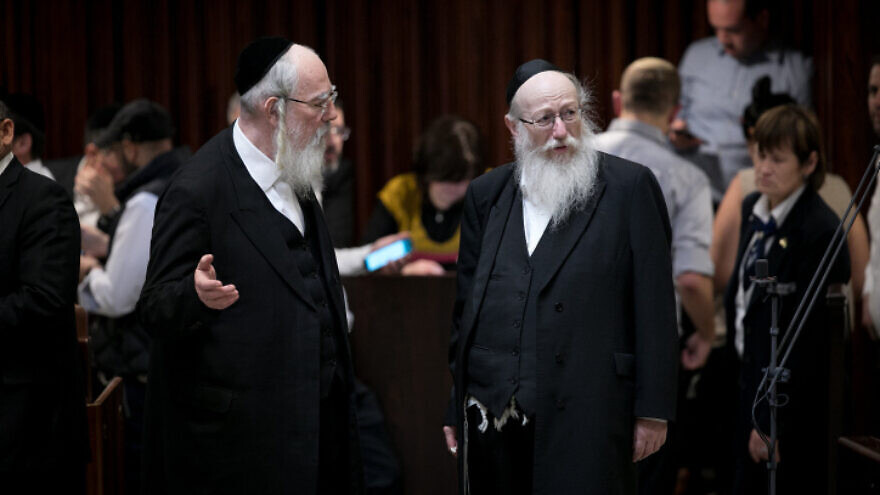 “A rabbi shall not be held criminally liable and shall be immune from any legal action due to the publication of a halachic essay, the endorsement of a published book, or any written or oral expression of opinions,” the bill contends.

Such a law is necessary, it claims, due to the fact that “dozens of rabbis have been summoned for police questioning over the publication of halachic essays, endorsing written works or even over answers given to public queries on matters of the Torah.”

The legislation goes on to accuse the State Attorney’s Office of “persecuting” and attempting to “muzzle” rabbis.

“Artists, writers, and academics are granted academic and artistic freedom by the State Attorney’s Office and publish articles and petitions, create exhibitions and express their opinions unhindered, even if it includes incitement against a person or a public. In contrast, the State Attorney’s Office is persecuting rabbis in an attempt to muzzle them and to subject the eternal word of the Jewish halacha to their approval.”

Such discrimination, the bill continues, “contradicts the State of Israel’s fundamental values, first among them the fact that Israel is a Jewish and democratic state. Moreover, this practice by the State Attorney’s Office violates the freedom of religion guaranteed to all citizens under the Declaration of Independence.”

Any infringement on rabbis’ freedom of expression “reeks of McCarthyism” and “turns Israel into a Third World country,” the bill states.

Eichler, Abutbul and Boso did, however, stress that “this bill does not aim to grant rabbis immunity against anything that does not have a direct correlation with their religious and halachic duties.”

A similar bill was presented by the National Union party in 2011 and was struck down in its preliminary reading in the Knesset.

Rabbis wield enormous power over their followers, often affording them the clout to influence the course of matters on the public agenda.

Most infamously, in the weeks leading up to former Israeli Prime Minister Yitzhak Rabin’s 1995 assassination, several extremist rabbis issued a “Pulsa diNura,” or Kabbalistic “death curse,” against him over his signing of the Oslo Accords.

There have been several incidents in recent years when highly influential rabbis have either issued decrees or endorsed calls for radical action, including against IDF soldiers in cases of evicting illegal outposts, Palestinians in the West Bank and non-Jews, prompting authorities to exercise vigilance with respect to such public statements.