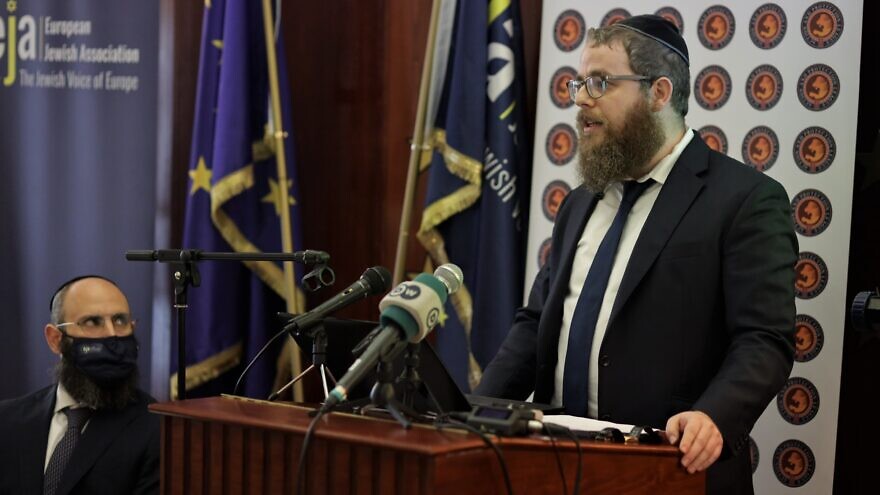 (October 15, 2021 / JNS) Europe’s Action and Protection League (APL), in partnership with the European Jewish Association (EJA), released a European-wide survey offering a complex and detailed account of the prevalence of anti-Semitic perceptions, including widespread views in some countries that Jews exploit the Holocaust, run secret networks and will never be able to integrate into society.

The study was published ahead of the EJA Conference of Jewish Leaders in Brussels, held from Oct. 12-13 and attended by dozens of prominent European Jewish leaders, parliamentarians and diplomats from across Europe, including vice presidents of the European Commission and video addresses by Israel’s President Isaac Herzog and Israeli Minister for Diaspora Affairs Nachman Shai.

According to the EJA, the meeting represented the first time that community heads could gather to discuss new, unprecedented challenges and work to find solutions since travel restrictions were lifted.

Among the disturbing figures, the survey found that nearly one-third of respondents in Austria, Hungary and Poland said that Jews will never be able to fully integrate into society.

Approximately one-third of respondents in Romania, France and the Czech Republic agreed that there is a secret Jewish network that influences political and economic affairs in the world.

In Spain, 35 percent said Israelis behave “like Nazis” towards the Palestinians; 29 percent said the same in the Netherlands; and 26 percent agreed with the statement in Sweden.

A quarter of all those surveyed agreed with the statement that Israel’s policies make them understand why some people hate Jews. 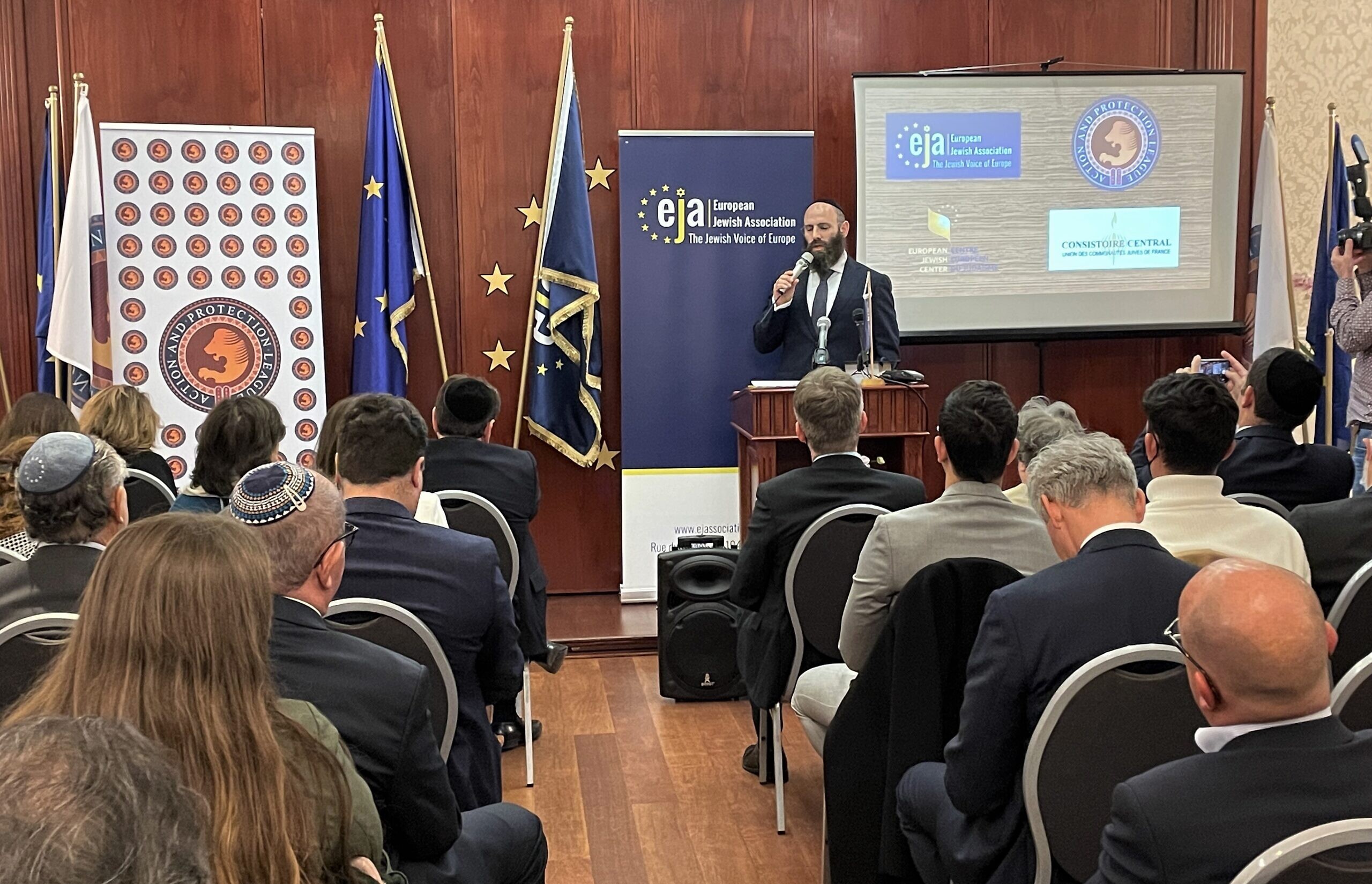 Rabbi Menachem Margolin, chairman of the European Jewish Association (EJA), speaks to conference participants at the EJA Conference of Jewish Leaders in Brussels, held from Oct. 12-13, 2021. Photo by Eliana Rudee.

‘A stalled race against this old virus’

Rabbi Shlomó Köves, chairman of the APL and leader of the Chabad-Lubavitch Association of Hungarian Jewish Communities (EMIH), initiated and presented the survey.

While European anti-Semitism is well-known, “what surprised us the most was the large discrepancy between the results of anti-Semitic prejudice, the perception of safety in these countries and the number of anti-Semitic assaults,” he told JNS. “In countries where their prejudice is relatively low, according to the survey, like Sweden or the United Kingdom, the number of assaults is very high,” he explained. “It shows how complex this issue is, and that you cannot make generalizations from a survey.”

“Jews around Europe need to propose specific action plans to their governments, as well as on the E.U. [European Union] level,” suggested Köves after presenting the study.

“Whilst Europe was rightly focusing on eradicating the COVID pandemic, another virus was continuing to multiply. Anti-Semitism is deeply ingrained in Europe and hard to treat,” said EJA chairman Rabbi Menachem Margolin. “Our conference represents the firing of a starting gun on a stalled race against this old virus. We have much, much more to do at a continental political level.”

“As a next step, we need to initiate an independent monitoring of anti-Semitic assaults in the member states where this is still not existent,” asserted Margolin

He noted that “education and legislative measures, as well as law-enforcement practices, are definitely a key to our fight for survival.”

Though acknowledging that European institutions are increasing resources, expertise and significant funding to tackle anti-Semitism, “we are currently well behind in keeping up with its spread, as the disturbing findings from our partners survey shows,” he said.

Following the presentation of the survey, the APL called for a comprehensive E.U. anti-Semitism indicator, coupled with a legislative and educational action agenda. APL and EJA intend to kickstart this process with the adoption of a 10-point plan, dubbed their “10 commandments,” to fight anti-Semitism, to be taken forward by parliamentary working groups from across Europe.