Sunday’s conference was planned for New York’s Museum of Jewish Heritage-A Living Memorial to the Holocaust in Lower Manhattan, only to see the facility’s management—in a display of political and ideological disagreement—nix an agreement with the Tikvah Fund when they became aware that Florida Gov. Ron DeSantis was on the speaker list to discuss the vibrancy of Jewish life in the Sunshine State. 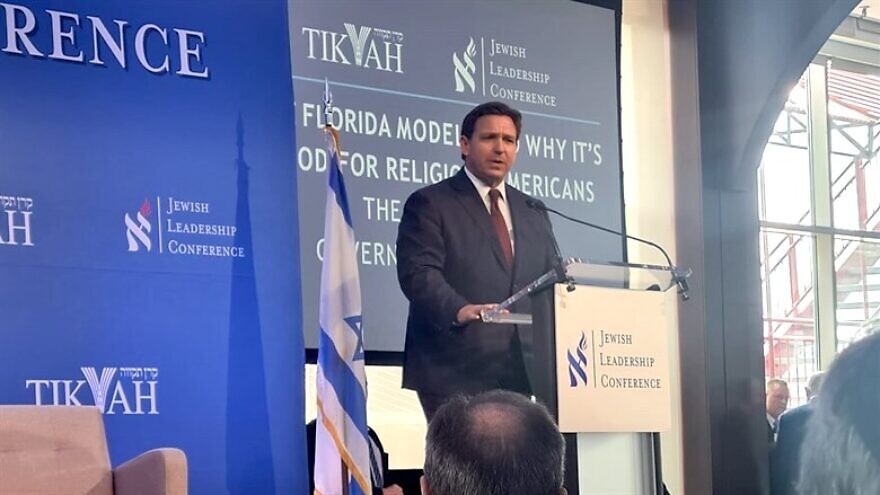 The event was instead held at Manhattan’s Pier 60, where Cohen addressed more than 700 guests, noting it was more than twice what the museum’s auditorium could hold.

As Jewish attendees entered the facility, they were greeted by a handful of protesters calling them “fascist collaborators” for attending an event attached to DeSantis, who has drawn the ire of people on the left for his conservative policies and positions—from COVID issues to abortion to book banning and more.

DeSantis spoke mostly about his conservative bona fides, joking with the crowd (among them snowbirds with vacation homes in his state) that he was beginning to court their votes because they would likely become Florida residents soon due to the ongoing influx of New Yorkers to Florida.

Indeed, while several of Sunday’s speakers pushed back heavily on American liberalism and “wokeism” gone mad, the focus was largely kept on Jewish conservatism and education, and Israel’s future as a conservative democracy. Sometimes, the two mixed together.

“People talk about how Israel is the lighthouse and that we have the cure for most of the problems that face Western democracy, Western civilization. But this Israel has a culture clash with the left, especially the courts trying to enforce left-wing ideology in a conservative society, and the problem it poses to the future of Israel,” Simcha Rothman, a Knesset member representing the Religious Zionist Party, told JNS.

Rothman spoke at Sunday’s conference on the future of Israeli democracy.

He wasn’t the only guest who railed against the unelected overriding the decisions of those in office. Former Secretary of State and CIA director Mike Pompeo, who, like DeSantis, is considered to be a potential Republican presidential candidate, told attendees on Sunday that he was shocked by the persistence of internal resistance among career employees to the policies laid out by the governing administration.

“I helped run seven organizations, including as an assistant manager at Baskin-Robbins. And I left all of them in a better position than how I found them. Except, I’m sad to say, the State Department,” said Pompeo, claiming that leaks and obstruction from within the bureaucracy hampered efforts to advance administration policies.

“I hope that all of the career officials and employees at the State Department are carrying out the agenda of the Biden administration now. That’s what they are there to do,” he said. “And they should have done the same for us. You’re there to carry out the will of the people through their elected representatives.”

Pompeo spent the bulk of his time on stage touting the Trump administration’s foreign-policy successes, including the signing of the Abraham Accords, along with its “maximum pressure” campaign against Iran. Pompeo was interviewed on stage by his former special representative for Iran, Elliott Abrams, chairman of the Tikvah Fund.

“I don’t think we’re going to get back to the [Iran nuclear accord], and it doesn’t look as if the Iranians have much interest in going back. It looks as if they have a great interest in moving forward toward a nuclear weapon,” Abrams told JNS. “I think we need to go back to the U.N. Security Council and to work with allies that are permanent members; we should now execute snapback sanctions on Iran and restore the heaviest possible sanctions. I think that is the most effective thing we can do right now.”

On Biden’s approach to Iran, Abrams said the president needs to keep his word. “He said about a year ago they’re not going to get a nuclear weapon on his watch,” Abrams told JNS. “I think what will really stop Iran is not the United Nations, but Iran believing that there’s a military deterrent and that the United States is willing to use it.”

‘Liberalism is of two kinds’

Pompeo and former Israeli Ambassador to the United States Ron Dermer both pushed for the Biden administration to continue the work they started by expanding the Abraham Accords. Dermer told attendees that he feels a Nobel Peace Prize is there for the taking for Biden if he can attach Saudi Arabian normalization with Israel to a more solid guarantee of an American defense posture in support of the Saudis and its Gulf allies.

Despite the impending potential collapse of the Israeli government, Dermer does not fear this will stall further peace advancements.

“The question may be less about Washington than in the Gulf itself, as in: Do they see that kind of stability [in Israel]? I don’t know the answer to that question. One thing I can tell you is that the Abraham Accords were hugely popular in the Gulf and there were no politics behind it,” he told JNS. “And I think that portends what we can do in the future. I don’t know how long it’s going to take for this political instability in Israel to work its way through, and I don’t know how much it’s going to impact policy and the willingness of these Arab states to move.”

“If you have an administration that is appeasing Iran, you are shrinking the space for the Arab leaders to move into an alliance with Israel,” Dermer said. “If they’re confronting Iran, you’re creating that space.”

He added that he believes that Saudi-Israel normalization is within reach even without Israeli concessions to the Palestinians. 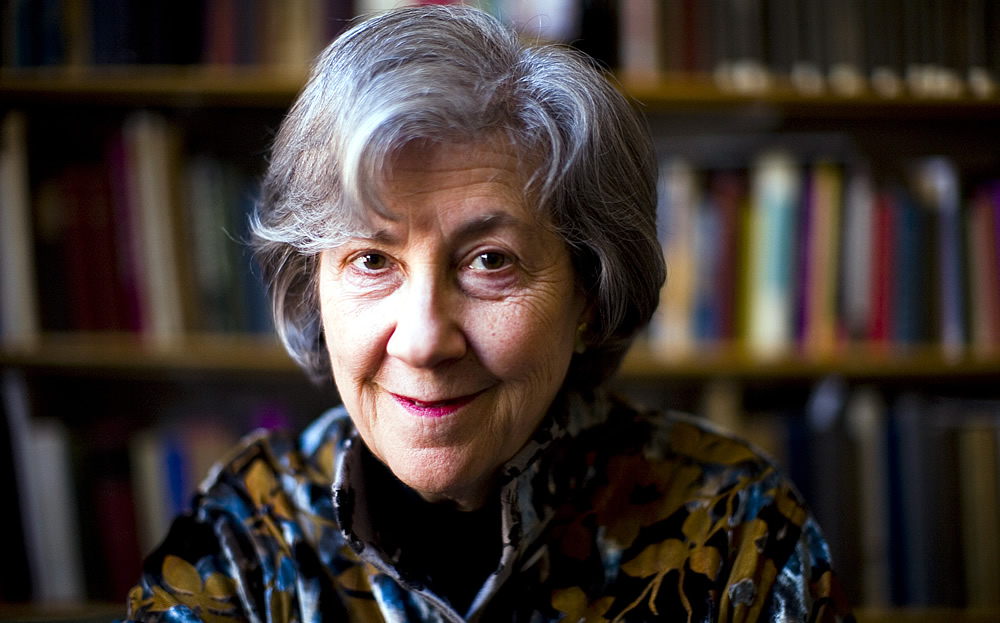 Professor Ruth Wisse, a Jewish studies scholar, expert on Yiddish culture and professor at Harvard University, regaled the audience with her analysis of the story of “Fiddler on the Roof,” and how the idea of what constitutes a Jewish hero is something Yiddish writers of the time struggled with, as it didn’t fit in with the Western picture of the traditional hero—a lover, a warrior or a statesman. Wisse told JNS there are parallels with the modern-day Western narrative, misunderstandings and the applications of double standards involving Israel.

“I think it’s exactly the same issue. And it has to do with what your idea of toleration really is. If you have no toleration for differences, then you’re really not the tolerant person you think you are,” she said.

“Liberalism is of two kinds. There is a liberalism that respects differentiation—religious differences, cultural differences—if they are within an acceptable tradition. That’s the classical liberalism of the 19th century,” explained Wisse. “For Judaism, that’s no problem because we’ve always lived among the nations.”

“But sometimes, liberalism loses that tolerance and all it wants to do is embrace the other. In that sense, it has something in common with the Christian idea that everyone has to become a Christian or the Islamic idea that everyone has to become a Muslim,” she said. ”Well, of course, when liberalism becomes that way, Israel becomes the prime enemy, because Israel is an example of a nation-state par excellence, and when seen through Western eyes becomes not only dislikable, but it becomes a dangerous force.”