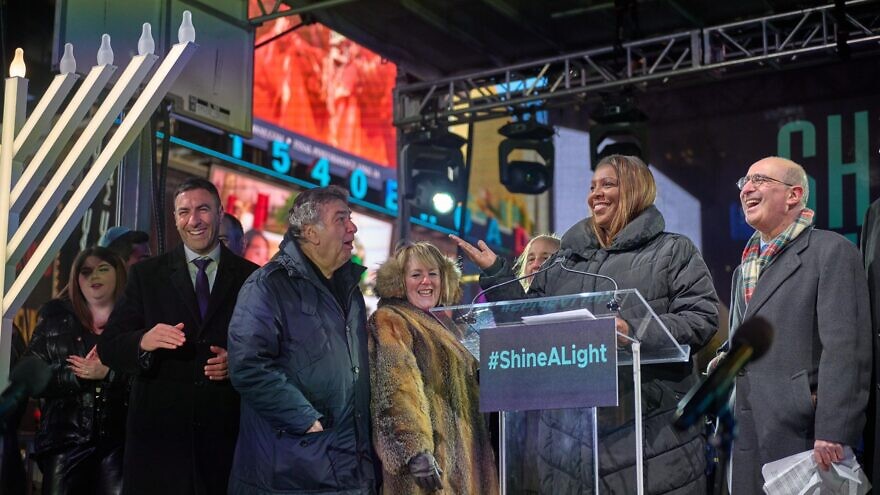 (December 20, 2022 / JNS) Hundreds of people gathered on Monday night in Manhattan, in Times Square near West 47th Street and Broadway, for the “Shine A Light” on antisemitism event.

“The darkest place right now is in the heart and soul of some individuals who perpetrate antisemitism and harm individuals who I represent with words, physical actions, with assaults, with messages on social media,” Hochul said, adding that she views these actions as an attack on her and all New Yorkers. “There can be no hate in our state.”

James said, “Everyone here understands that it seems hardly that a day goes by without yet another ugly incident of antisemitism targeting an individual or one of my friends within the Jewish community.”

She said that hateful messages toward Jews and Israel must be stopped.

“The only way that we are going to stamp out ignorance is with the light of education, understanding and respect,” James said.

Goldstein said it was uplifting to gather in these times.

“We come together as proud and public Jews,” he said. “New York City is the largest Jewish community in the world and particularly now in these challenging times it’s incredible for all of us to come together Jews and non-Jews in all of our wonderful diversity.”