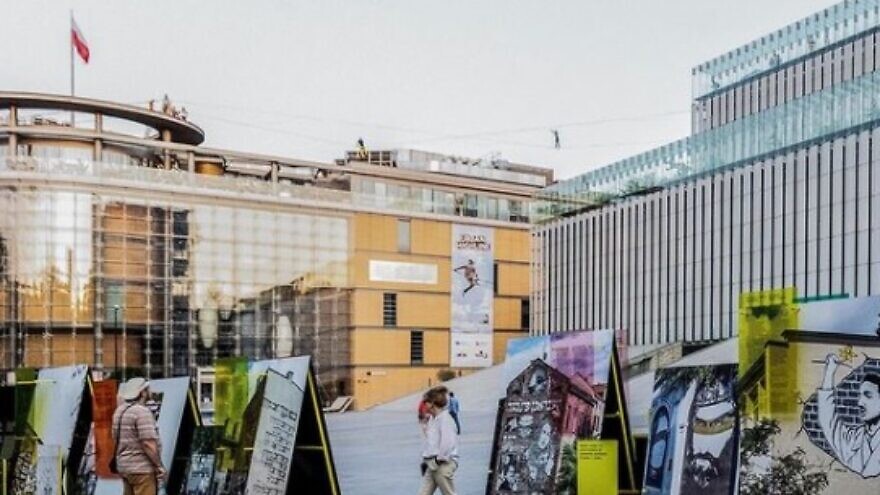 (August 5, 2021 / JNS) A new traveling outdoor exhibition about the history of Polish Jews is making its way through five cities in Poland following a successful showing in Croatia and Norway.

Titled “They Fill No Space: Reviving the Memory of Polish Jews in Public Spaces,” the exhibit features 30 murals that present topics about Polish Jews and the history of Jewish life in the country. The murals focus on Polish-Jewish relations and efforts to remember those relationships by urban activists and by local associations.

“Visitors will learn, among other things, about the contribution of Polish Jews to Polish culture and economy, Jewish life in Poland throughout the centuries and the Polish Righteous Among the Nations,” said the POLIN Museum of the History of Polish Jews in Warsaw, one of the exhibit’s organizers. “Difficult chapters in Polish-Jewish history are also discussed, including the Holocaust and the anti-Semitic campaign launched by the Communist authorities in March 1968.”

After being on display last month in Lublin, the traveling exhibition is now in Warsaw. It is scheduled to travel to Krakow to be placed in front of the Old Synagogue in the Jewish section of Kazimierz, and then to Lodz and Rzeszow. Each exhibition will be accompanied by educational and cultural events organized in collaboration with local partners.

Some of the activities include a walk along the trail related to local Jewish history, a cycling tour, discussions about new ideas for commemoration and family workshops with games.

In 2022, the exhibition will be featured at the Holocaust Museum in Slovakia.