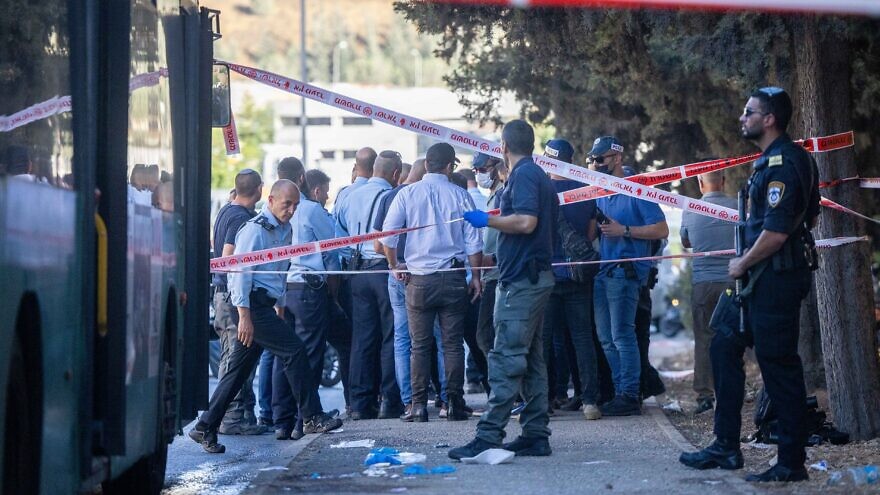 Security personnel at the scene of a stabbing attack on a bus near the Jerusalem neighborhood of Ramot, where a terrorist stabbed a 41-year old man with a screwdriver, July 19, 2022. Photo by Yonatan Sindel/Flash90.
Spread the word.
Help JNS grow!
Share now:

(July 19, 2022 / JNS) A Palestinian terrorist in his early 40s began stabbing a passenger with a screwdriver while on a bus traveling near Jerusalem on Tuesday afternoon.

The bus driver reacted by slamming on the breaks and opening the doors. The attacker disembarked the bus while attempting to hurt other passengers in the process.

Meshi Ben Ami, a photographer for Ynet news who was passing by the vehicle in the Ramot neighborhood north of Jerusalem, used his gun to shoot the terrorist, who according to police is a resident of Judea and Samaria.

The assailant was also taken to the hospital in moderate condition.

This came after the Israeli Air Force conducted an airstrike against a Hamas military post on Tuesday after a bullet fired from the Gaza Strip struck an industrial building in the Israeli moshav community of Netiv HaAsara in southern Israel, according to the Israeli Defense Forces. 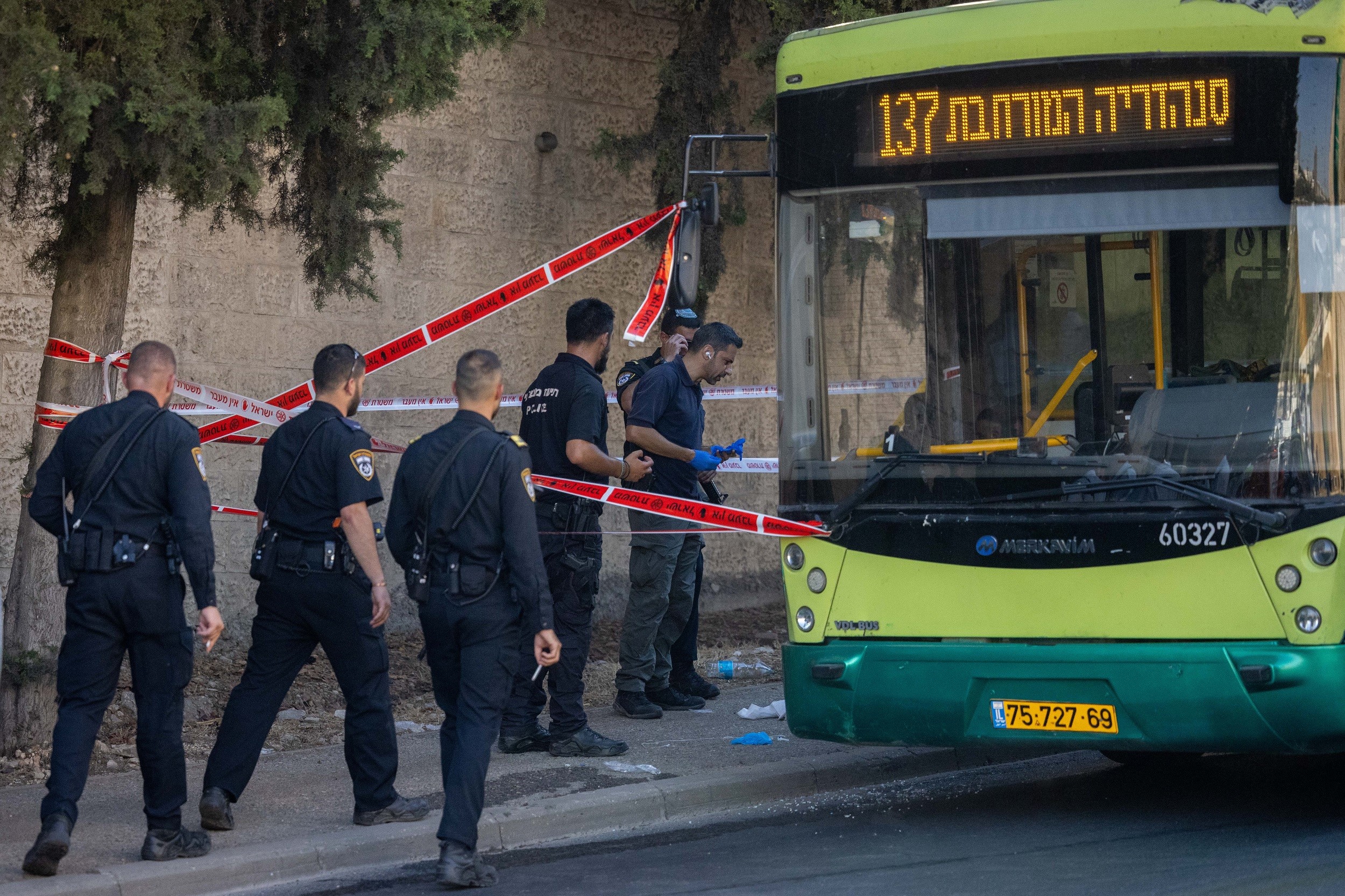 Security personnel at the scene of a stabbing attack on a bus near the Jerusalem neighborhood of Ramot, where a terrorist stabbed a 41-year old man with a screwdriver, July 19, 2022. Photo by Yonatan Sindel/Flash90.
Republish this article in your newspaper or website