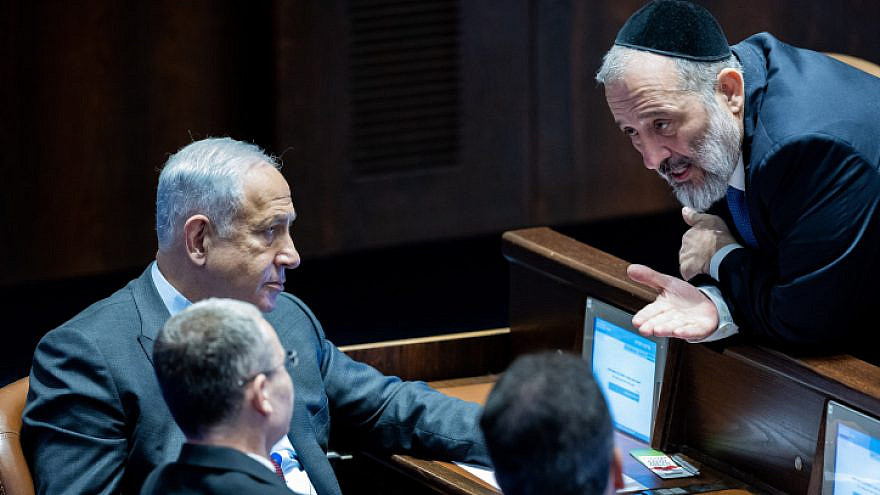 The announcement follows last week’s Supreme Court ruling that Deri’s appointment was “unreasonable in the extreme” due to a prior tax fraud conviction.

In his letter of dismissal, Netanyahu wrote, “As you know, I decided to appoint you as deputy prime minister and minister of the interior and health with the approval of the majority of Knesset members due to the fact that I see you as an anchor of experience, wisdom and responsibility that are important to the State of Israel at all times, and especially at this time.”

The Supreme Court issued the ruling despite a Knesset amendment passed in December to allow Deri to serve as a minister. The amendment specified that a ban on persons serving as ministers for seven years if convicted of a criminal offense applies only to those serving active jail sentences. Deri was handed a suspended jail sentence as part of a plea bargain on tax fraud last February. The law had been unclear on whether the seven-year ban applied to suspended sentences.

“This unfortunate decision ignores the will of the people, as reflected in the great trust that the public gave to the people’s representatives…when it was clear to everyone that you would serve in the government as a senior minister,” wrote Netanyahu.

The premier concluded by stating that he will seek “any legal way” Deri can “continue to contribute to the State of Israel,” given his wealth of skills and experience.

He noted that in the meantime, and “with a heavy heart,” he must remove Deri from his cabinet-level positions.

The Deri decision comes against the background of a political battle around the Netanyahu government’s judicial reform plan, which aims to curtail what it says is judicial overreach. The plan would give the Knesset the ability to overturn court decisions that cancel laws, allow elected officials greater influence in selecting judges, and reduce the power of legal advisers attached to government ministries.

In what reform advocates point to as a prime example of the latter, the government’s chief legal adviser, Attorney General Gali Baharav-Miara, refused to represent the government in the Deri case, basically siding with the prosecution. She allowed the government to hire outside counsel.

Netanyahu was under pressure to remove Deri following the court’s ruling and Baharav-Miara’s demand that he follow through and fire Deri.