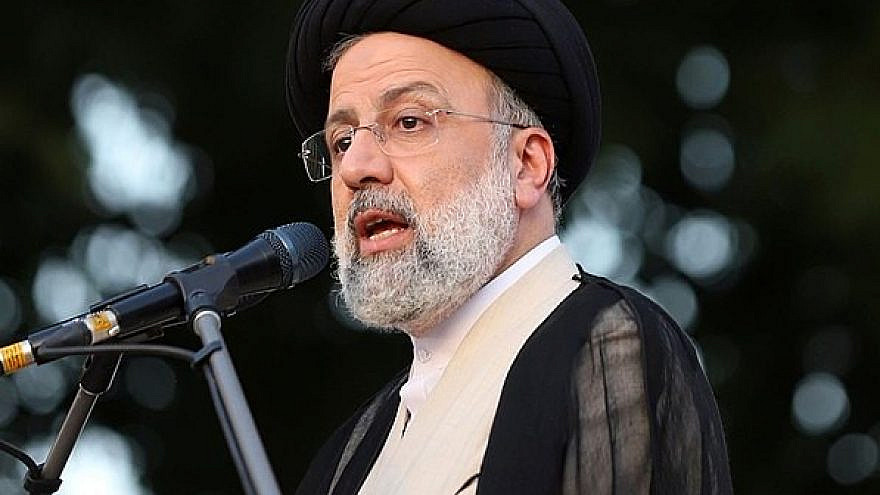 (April 18, 2022 / JNS) Iranian President Ebrahim Raisi said on Monday that the Islamic Republic would strike Israel’s “heart” if the Jewish state conducted any form of attack against it.

In a televised speech delivered during a military parade, Raisi stated, “If you make slightest move against our nation … our armed forces’ destination will be the heart of the Zionist regime,” according to Reuters.

On April 4, the Iranian Foreign Ministry blamed the United States for a pause in nuclear talks over Iran’s nuclear program, which stalled following an Iranian demand for Washington to remove the Islamic Revolutionary Guards Corps from America’s Foreign Terrorist Organizations list.

“America is responsible for the halt of these talks … a deal is very much within reach,” Iranian Foreign Ministry Spokesman Saeed Khatibzadeh told a weekly news conference, according to Reuters.

“Washington should make a political decision for the deal’s revival,” he said, adding that Tehran would “not wait forever.”

In a report issued on April 11, the Washington-based Institute For Science And International Security warned that “as soon as mid-to-late April, Iran is expected to reach a new dangerous, destabilizing threshold, having enough highly enriched uranium (HEU) to fashion a nuclear explosive, about 40-42 kilograms … of 60 percent enriched uranium (uranium mass).”

The report said that with this quantity, “an enrichment level of 60 percent suffices to create a relatively compact nuclear explosive; further enrichment to 80 or 90 percent is not needed.”