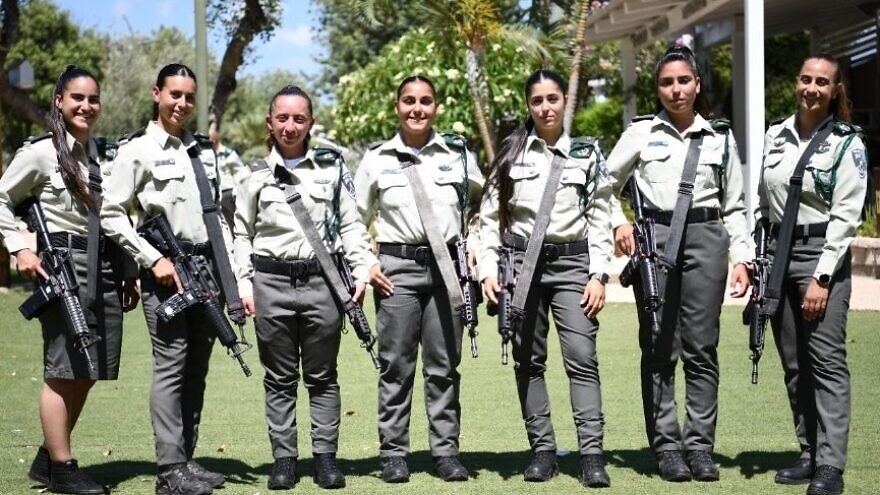 The seven women were among a graduating class of 23 candidates, who will now join the Israel Police.

The Border Police was a trailblazer in terms of integrating women in combat roles. As early as 1995, for the first time in the country’s history, women were assigned to combat duty, and ever since, the Border Police has taken significant steps toward breaking the glass ceiling.

Border Police commander Deputy Commissioner Amir Cohen has established a clear policy of integrating female fighters in command positions and promoting them throughout the corps. Several months ago, a female officer was assigned to command a combat company in the Border Police’s Coastal District. In the coming weeks, female officers will be appointed to lead combat companies in Judea and Samaria and in the north, as well as to train recruits.

One of Sunday’s graduates cited for outstanding performance, Inspector Maayan Sadeh, said: “I’m more than proud to be serving in a corps whose values are based on equality of opportunity, and I feel I’m fulfilling my potential as a fighter and commander in the Border Police. I learned and developed a lot during my training as an officer, and I’m waiting to begin in my new assignment and make an impact.”

Inspector Reut Nahmias, who was also cited for her particularly exemplary performance in the course, said: “I’m thrilled to wear the officer’s ranks, which for me symbolize the long path I’ve been on. It’s a given today and natural for women to be officers and fighters just like the male officers and fighters, and here, in the Border Police, female fighters are assigned to key command positions in the most challenging places.”

Continuing and even surpassing its path of equal opportunity, the Border Police’s current class of officer cadets includes 16 women.