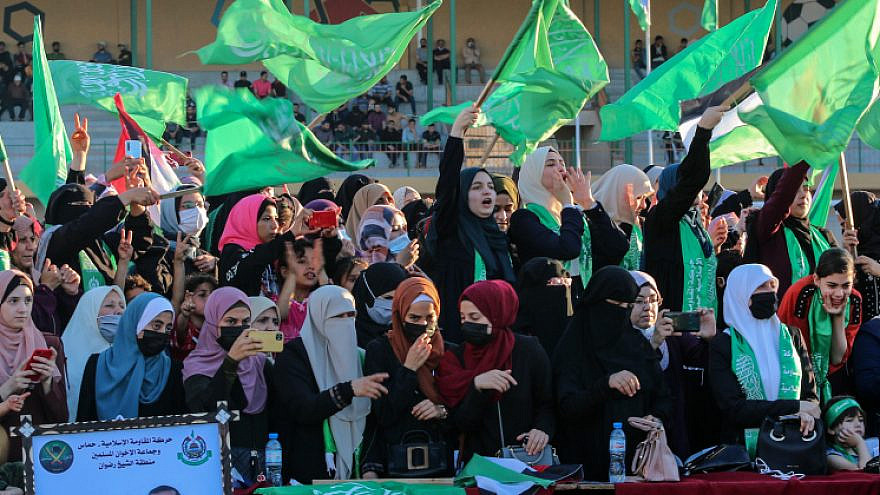 (June 21, 2021 / JNS) The German government has agreed to ban the Hamas flag following a number of anti-Semitic incidents at anti-Israel rallies in the country last month, Deutsche Welle reported on Sunday.

The proposal was an initiative of German Chancellor Angela Merkel’s Christian Democratic Union (CDU), according to the report. The center-left Social Democratic Party (SPD) had initially raised constitutional concerns regarding the proposal, but later backed the initiative.

Deputy parliamentary spokesman for the CDU Thorsten Frei called the move “a clear signal to our Jewish citizens.”

During the Israel Defense Forces’ “Operation Guardian of the Walls,” the 11 days of fighting last month with terrorist groups in the Gaza Strip, demonstrations throughout Germany were marred by anti-Semitic slurs and attacks on synagogues.

In April of last year, Germany banned all activity on its soil by Lebanese Shi’ite terror group Hezbollah, as well as outlawed the public display of Hezbollah symbols and flags.