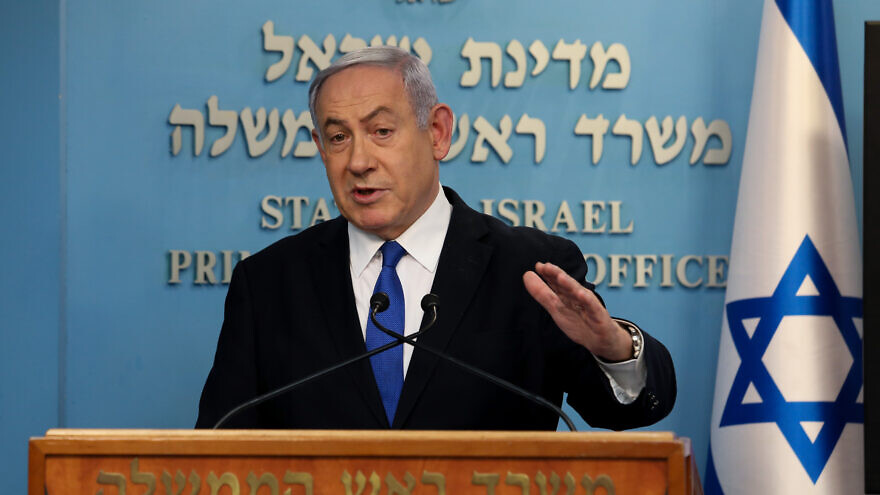 The invitation comes as Israel has begun the process of shutting down schools and universities as part of a measure to curb the spread of the virus. Israel has had 109 confirmed cases, though no deaths so far.

“We are in the midst of a global event unlike anything else in the history of the state’s existence,” Netanyahu said in a television address.

The Israeli government has been a political deadlock for a year after three elections have not produce a clear winner to form a governing coalition. The most recent election on March 2 left Netanyahu’s right-wing bloc three seats shy of a majority.

“Israeli citizens, this is an emergency situation,” Bennett said in a statement released on Thursday evening. “And at such an hour, an emergency government headed by Netanyahu is needed.”

Israel’s President Reuven Rivlin is scheduled to meet with the party heads this Sunday to hear recommendations to form a government.

In the meantime, Rivlin was briefed on Netanyahu’s call for a unity government, and said his “my house is open to you.”

“We must do everything to focus on the tasks we face,” said the president.

Over the past week, Gantz has been working to build a minority government backed by the Joint Arab List. However, at least three Knesset members on the center-left have balked at the prospect of forming a government tied to support from the Arab parties.

No Arab party has ever been part of a governing coalition in Israel.