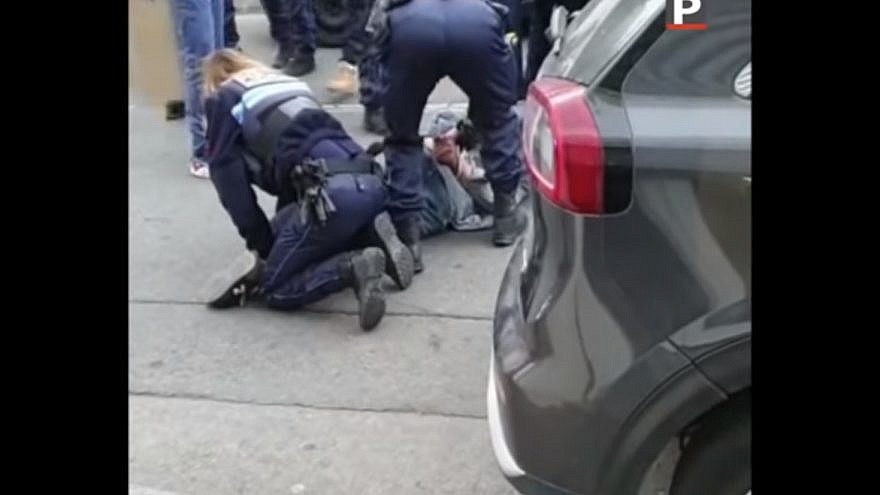 (March 5, 2021 / JNS) Security forces outside of a Jewish day school in Marseille in southern France stopped an armed, would-be assailant who showed up at the school on Friday before going into a nearby kosher market.

According to reports, a man emerged from his car outside of the Yavne school carrying a knife. Security officials posted at the school then followed him to the market, where they held him until police arrived.

According to a translation on Twitter, CRIF—the council of Jewish institutions in France—said it “salutes the actions of the school security guards and the police who avoided a new tragedy.”

Marion Bareille, the mayor for the 13th and 14th districts (arrondissement) in Marseille, tweeted her support for the Jewish community on Friday.

“I condemn with the utmost severity the events that occurred this morning near the Yavne Jewish school … ,” she said according to a translation from French, calling the incident “another anti-Semitic aggression! It is unacceptable that in 2021, people can feel attacked in France for their religion.”

According to a report issued in January by the Service for the Protection of the Jewish Community and the Minister of the Interior in France, some 339 incidents of anti-Semitism were reported in France in 2020, a decrease from about 600 incidents that took place the year before, likely due to coronavirus lockdowns.

This is not the first time the Jewish community in Marseille has been targeted. In 2016, a 35-year-old Jewish educator was attacked by a machete-wielding teen. In the aftermath, some Jewish communal leaders suggested that Jews no longer wear skullcaps or identifying religious garb, though that stirred up a host of emotions.