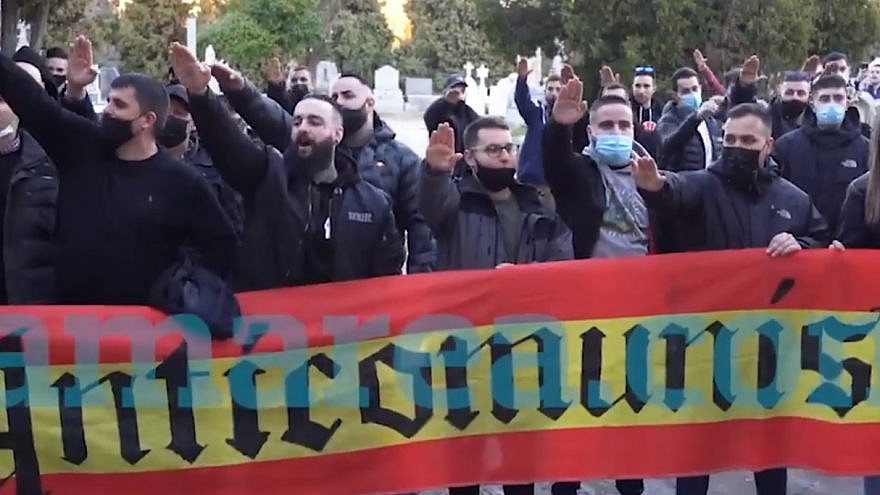 (February 16, 2021 / JNS) The Federation of Jewish Communities in Spain (FCJE) called on the country’s hate-crimes public prosecutor to investigate anti-Semitic hate speech made during a demonstration in Madrid on Feb. 13 of more than 300 people in honor of a neo-Nazi military unit, reported El Pais.

FCJE said it is “unconscionable in a country with rule of law and full democracy for these serious accusations to go unpunished,” adding that in July 2020, Spain joined the International Holocaust Remembrance Alliance, “which considers accusations against the Jews of being blameworthy for any event to be anti-Semitic.”

The FCJE will use “all the legal means” available to act against the anti-Semitism that was on display at the event, added the federation.

In a video from the event shared on social media by the digital magazine La Marea, a neo-Nazi later identified as Isabel Peralta tells the crowd in Spanish that “the enemy is always going to be the same albeit wearing different masks—the Jew,” according to a translation by El Pais.

Israel’s ambassador to Spain, Rodica Radian-Gordon, wrote on Twitter that the “anti-Semitic proclamations made in the homage to the Blue Division in Madrid are disgusting and cannot have a place in a democratic society. Education and learning the truth about history is the way to avoid the past repeating itself.”