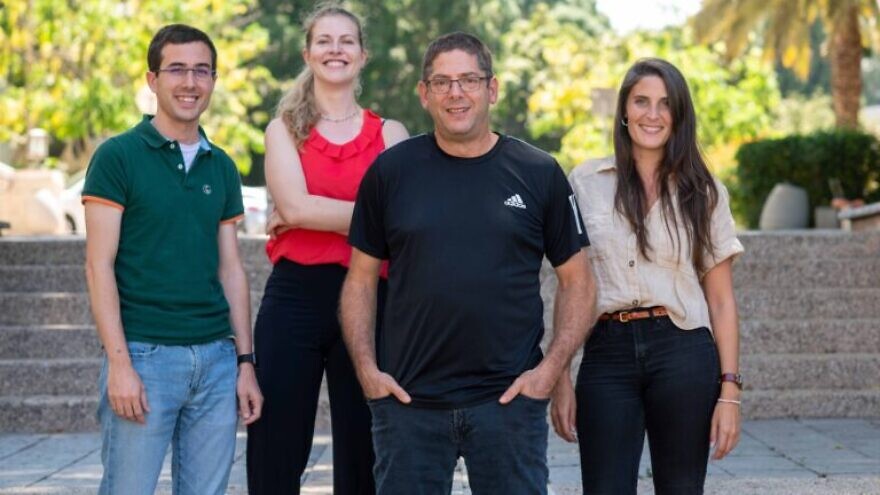 (August 16, 2022 / Israel21c) Many of the microbes that live in our gut are good for our health, while others contribute to inflammatory bowel disease or other disorders. Until now, it hasn’t been possible to target “bad” bacteria without harming the surrounding “good” bacteria. Antibiotics kill them both and tend to trigger bacterial resistance as well.

“There are thousands of different phages, and their big advantage is that each of them specializes in attacking a different type of bacteria,” explained professor Eran Elinav of Israel’s Weizmann Institute of Science, who headed the research team.

“This enabled us to harness phages to target only those gut bacteria that contribute to disease. To our knowledge, this constitutes the first ‘silver bullet’ approach promising a precise suppression of disease-causing gut microbes, without harming the surrounding microbiome,” he said.

After identifying the exact bacterial strains that play a role in human intestinal inflammation and implanting these bacteria into mice used for the study of inflammatory bowel disease, the researchers screened thousands of phages and selected about 40 that were most promising.

They then formulated a cocktail of five phages that were best at preventing the bacteria from fighting back.

In mice, the cocktail significantly reduced intestinal inflammation and tissue damage caused by these bacterial strains, as well as mortality stemming from the inflammatory disease.

In a laboratory system simulating the human gut, two representative phages from the cocktail were shown to be stable when used together with antacids. In a follow-up Phase I clinical trial with 18 healthy volunteers, the phages were found to be well tolerated.

The phage cocktail persisted and even multiplied in the human intestines over time while causing no unwanted, off-target changes in the rest of the gut microbes.

If the phage cocktail is found to be safe and effective in larger clinical trials, it may become the basis for developing therapies for not only inflammatory bowel disease but also other disorders found to be affected by gut microbes, including obesity, diabetes, neurodegenerative disease and perhaps even cancer.

“Our vision is to eventually develop personalized therapies for a variety of disorders, in which the disease-causing strains of gut bacteria will be identified in each patient and a phage cocktail will be designed to kill only those strains,” said Elinav.