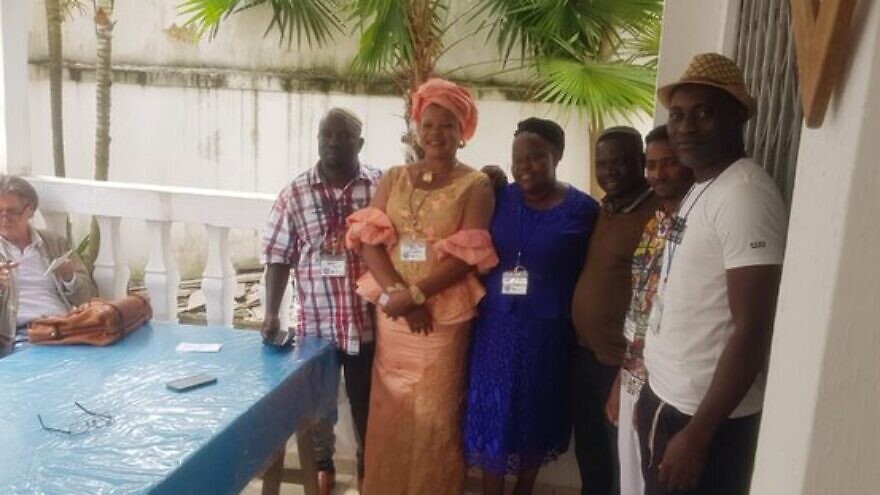 (December 30, 2022 / JNS) The Sub-Saharan African Jewish Alliance was founded this month, with the goal of facilitating ties among the continent’s Jewish groups. The organization will include representatives from Tanzania, Madagascar, Ethiopia, Zimbabwe, Ghana, Ivory Coast, Nigeria, Kenya and Cameroon.

The SAJA was established after representatives of Jewish communities across sub-Saharan Africa gathered for the first time in Abidjan, Ivory Coast, this month to discuss various aspects of Judaism and Jewish life in the region.

SAJA has a temporary board with Mordreck Maersara from Zimbabwe currently serving as acting president. The group aims to draft a constitution and hold elections for a permanent board in the next six months. It also has a vice president and treasurer, and intends to add more positions to the roster after the constitution is finalized.

Maersara told JNS, “Our goal is to help each other by discussing both shared successes and challenges to aid each other to grow in our Judaism across Africa.”

The week-long gathering that began on Dec. 13 was organized by Kulanu, a New York-based nonprofit that supports emerging Jewish groups around the world.

Kulanu volunteer Dr. Ari Greenspan said, “I think many of these communities have lived in ‘their own world’ and created their own Jewish identity over time and they never experienced any other Jewish life but their own. Some may have traveled to Israel or met with ex-pat Jews in their own country, but for them to get together with representatives of other African Jewish communities was eye-opening.”

Among the organizers were Rebbetzin Bonita Sussman, chair of Kulanu; Rabbi Eliahu Birnbaum, the former chief rabbi of Uruguay; and Greenspan. 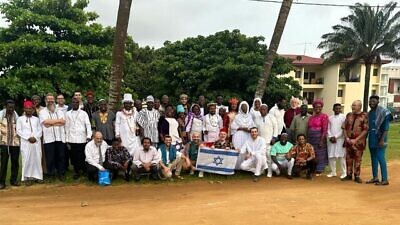 Lectures were held on various topics, some pertaining to Judaism, such as introductory courses on shechita (kosher slaughter) and kashrut. Another class was held on how to respond to Christian missionaries, to which many attendees were able to relate because they hail from Christian or Messianic Jewish backgrounds.

Filmmakers Rudy Rochman, Edouard David Benaym and Andrew (Noam) Leibman, who made headlines in 2021 when they were detained in Nigeria by the Department of State Services (DSS) while filming the documentary “We Were Never Lost,” also came to the gathering.

Yehuda Amir Kahalani from the Tanzanian Jewish community, which is believed to have Yemenite Jewish roots, said, “Until this event, I never met an Igbo from Nigeria, Zimbabwean Lemba or an Abayudaya. But now I have met so many Jews from across the continent and we have forged new ties.”

Kahalani mentioned that in Africa Jews often face allegations of practicing witchcraft and black magic, among other antisemitic accusations, and he stressed the importance of alliances in combatting the problem.

On Shabbat, the gathering had 70 participants. Greenspan recounted how, less than a week before the conference, an individual from Nigeria asked to come, but Kulanu was forced to reply that they would not be able to provide funds at the last minute.

“That Nigerian youth took a 96-hour bus ride through five countries to get there,” Greenspan said. “This alone shows the emotional power, interest and devotion they have to be here.”

He continued, “The overwhelming majority of Jews are not aware of these ‘emerging Jewish communities.’ Some people feel that they are merely pretending to be Jewish so they can move to Israel for safety and economic reasons, but I have seen firsthand that they are very sincere about their beliefs and practices and Israel is not topmost on their agenda.

“In fact, making aliyah is not the primary reason that motivates the; many of them truly want meaning and to find religion. They might visit Israel, but migrating isn’t part of the picture when it comes to their Jewish life.”

Greenspan further noted that it is difficult to keep kosher in Africa and many Jews practice vegetarianism as a result. They also risk being excluded by their own families. “And despite all this, some communities have done this for decades, such as the Abayudaya in Uganda, who are converts,” he said.

Two representatives of the crypto-Jewish Kechene community in Ethiopia received a Torah scroll from Kulanu. The group is believed to have moved to the North Shewa mountains and converted from Judaism fo Orthodox Christianity in the 19th century to avoid persecution, but they retained cultural memory of their Jewish roots. Unlike Ethiopia’s Beta Israel community, who have been allowed to migrate to Israel, this group’s Jewishness isn’t widely accepted by Israeli authorities.

Sussman said, “In the West, we have different streams of Judaism. I am optimistic after seeing the African Jews having formed an alliance comprised of different Jewish groups with different origins working together.”

Ima Hadassa from the Igbo Jewish community in Nigeria, which claims descent from the biblical lost tribe of Gad, said, “SAJA is an unprecedented venture that will help us for years to come.”