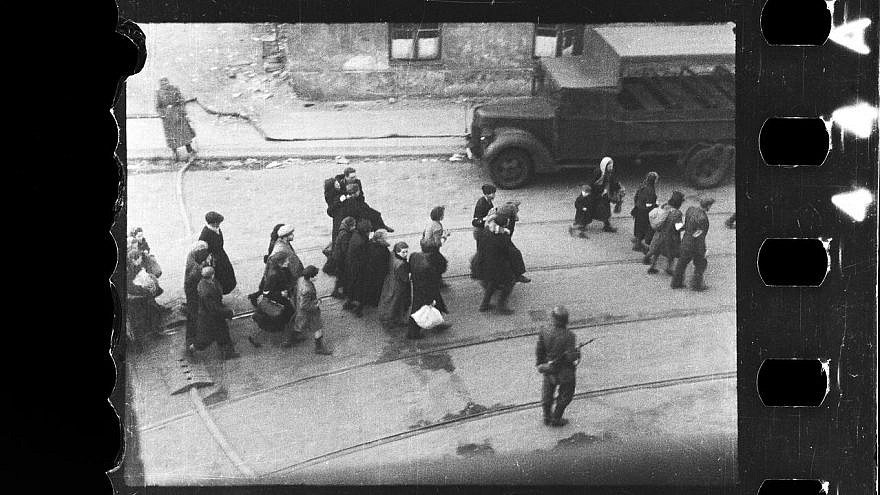 (January 17, 2023 / JNS) POLIN Museum of the History of Polish Jews revealed on Monday new-found images of the Nazis mercilessly putting down the 1943 Warsaw Ghetto Revolt.

Captured in secret by a Polish firefighter while German forces set fire to the Jewish ghetto, the photographs were recently discovered by the photographer’s son in a family member’s attic. 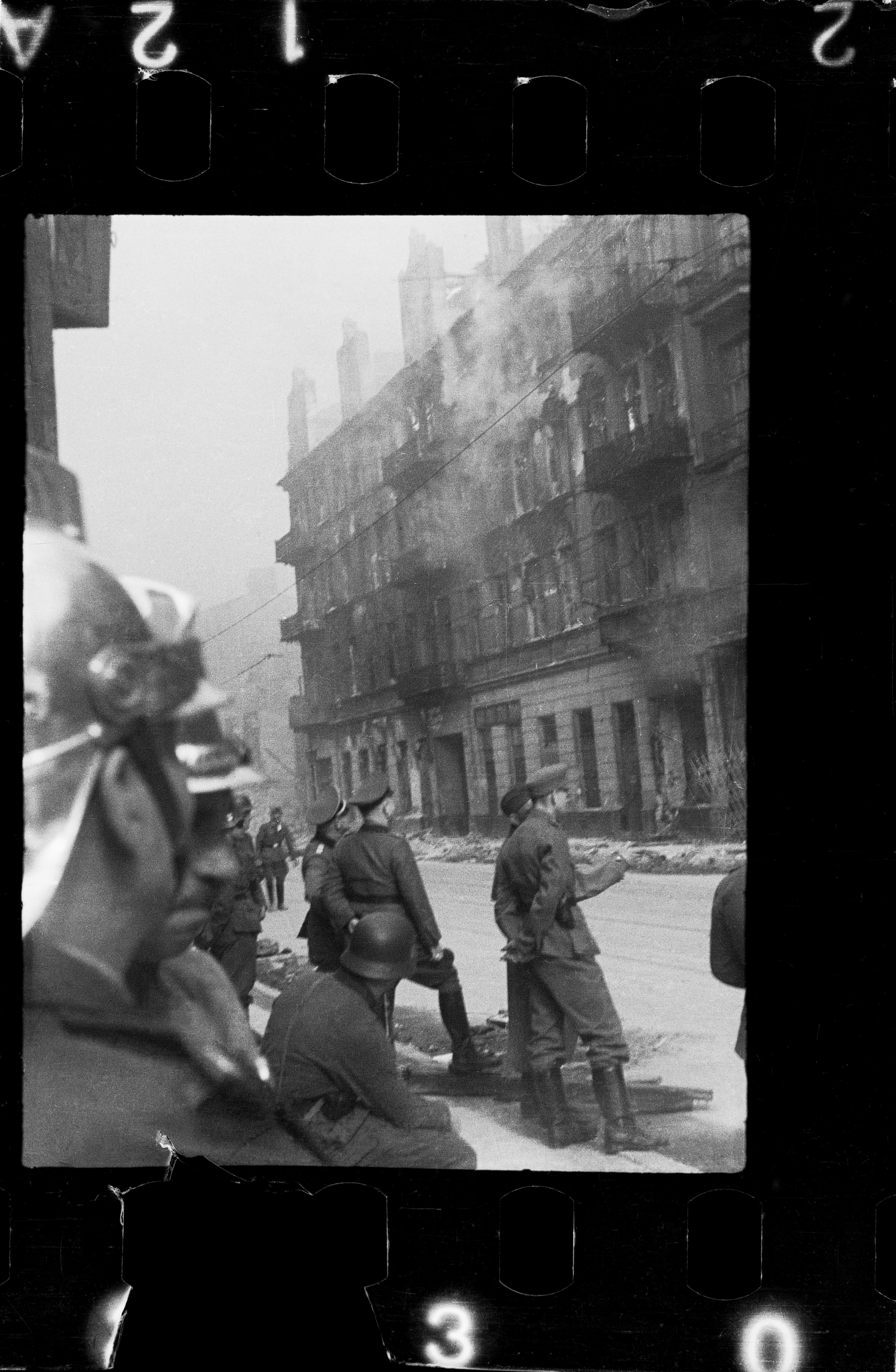 The photographer, Zbigniew Leszek Grzywaczewski, spent nearly four weeks in the ghetto (most likely between April 21 and May 15, 1943). In a diary he kept during the conflict, he wrote:

“The image of these people being dragged out of there [out of the bunkers—ZSK] will stay with me for the rest of my life. Their faces[…with a deranged, absent look…figures staggering from hunger and dismay, filthy, ragged. Shot dead en masse; those still alive falling over the bodies of the ones who have already been annihilated.”

The uprising lasted from April 19 (Passover eve) through May 16, 1943, and was the largest act of Jewish resistance against the Nazi regime during the Holocaust.

“The Germans sent the firefighters into the burning ghetto—their job was to ensure the fire did not spread to the houses on the ‘Aryan’ side. It was then that the 23-year-old firefighter took the photos,” noted the museum, which is located on the site of the former ghetto. 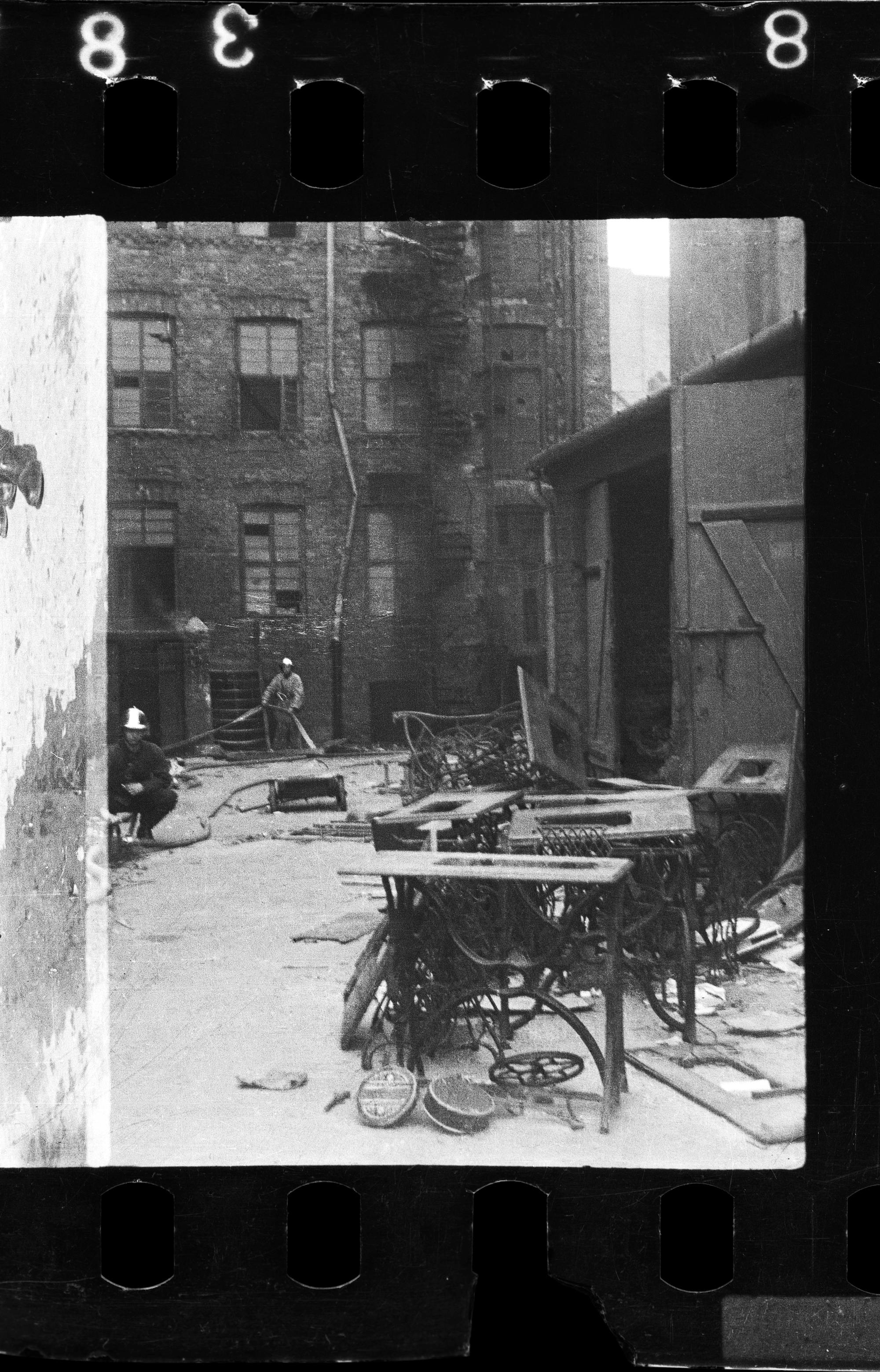 Warsaw Ghetto courtyard following the April 1943 revolt. Photo by Zbigniew Leszek Grzywaczewski.
Republish this article in your newspaper or website