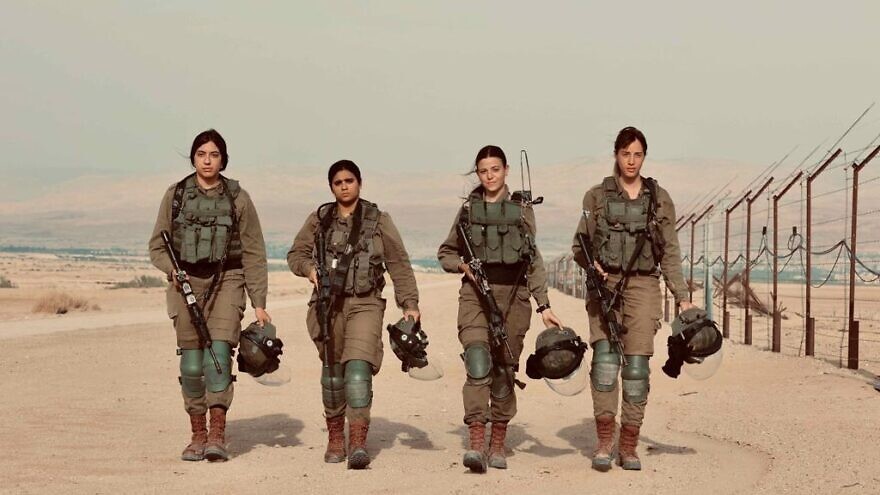 Capt. Osher Ben Tzur, 23, is a company commander in the Lion of the Valley Battalion, one of four co-ed IDF infantry battalions, along with the Bardelas (Cheetah), Caracal and Panther units.

Formed in 2016, the Lion of the Valley Battalion, a part of the Jordan Valley Territorial Brigade, operates in the southern Jordan Valley, where it undertakes an array of critical security missions, from responding to violent incidents to disrupting drug smuggling infiltrations from Jordan and carrying out regular counterterrorism raids.

“The combination of men and women is one of the aspects that contributes to balance here,” said Ben Tzur. “Men and women are serving together shoulder-to-shoulder and discuss operational matters together. They conduct reviews together, and they both serve in a variety of roles such as being a signal operator or [combat] driver,” she added.

From central Israel, Ben Tzur was drafted five years ago.

“I grew up in a religious home and then went to a military boarding school in Haifa,” she said.

It was clear to Ben Tzur before she joined the IDF that she wanted to serve in a significant combat role and to contribute to the nation, she said, adding that she learned from her parents “to give everything, to give 100%, to the country.”

She reached the Lion of the Valley Battalion when it was still in its founding stages and saw an opportunity to create something new.

Today, she commands dozens of soldiers, a position she has held for 10 months, before which she served as a platoon and deputy company commander in an operational sector.

“Every day, when civilians see soldiers guarding the sector, people feel safe,” she said, describing that as a key motivator. The company conducts night-time arrest operations at least twice a week and deals with disturbances such as rock-throwing and firebombings on the roads that threaten the lives of Israeli drivers.

The company contains a variety of soldiers, including seven lone soldiers—in Israel without close relatives who can help them—from the United States, France and Uzbekistan, said Ben Tzur.

The past year has seen a significant rise in terrorism and other violence, she said, while the unit has also been busy disrupting cross-border gun smugglers.

The unit is the first on the scene to respond to terrorist shootings in its sector, and has seen an uptick in rock-throwing and firebombings. The Almog Junction has been a regular flashpoint for such disturbances.

“In the past year we saw a rise in the number of gun smugglings, too. Just last week, we captured 45 firearms. Our catches have included handguns, M-16s and other weapons. The brigade has been working hard to disrupt this,” she said.

According to IDF statistics, more than 25 cross-border smuggling attempts were thwarted by the Jordan Valley Brigade in the past year, and over 500 weapons were confiscated. This compares to 10 smuggling attempts and 143 weapons seized in 2021.

“I think that in the world of combat, when you see communities and residents in your area, you want to defend them. This desire is what makes one want to play a part. The need for defense does not cease, and our involvement in this defense is what makes us feel significant,” said Ben Tzur.