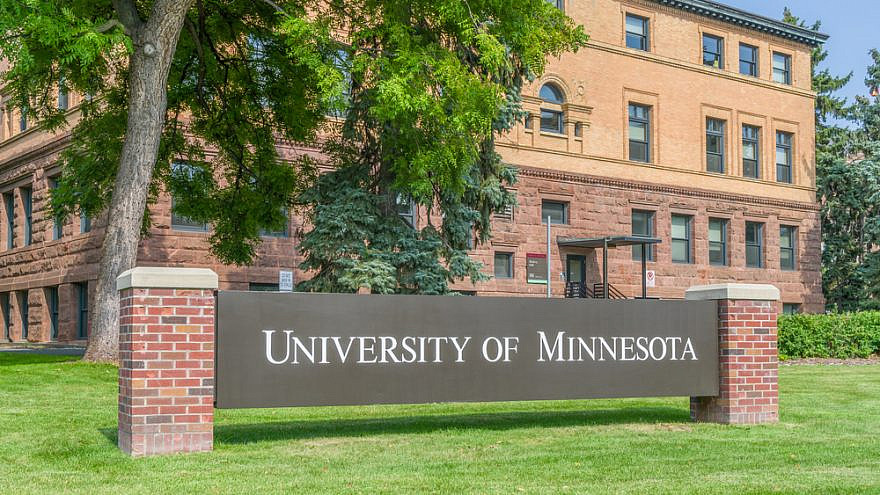 (March 24, 2021 / JNS) Hillel at the University of Minnesota is asking the student body to vote on the International Holocaust Remembrance Alliance’s (IHRA) definition of anti-Semitism during the annual all-campus election referendum, the school’s student-run newspaper The Minnesota Daily reported on Monday.

After garnering 850 signatures last week from students—more than the required 800 to get a question on the referendum—Hillel had permission to put on the school’s elections ballot whether voters do or do not support the IHRA definition. The question reflects student opinions and is not legally binding.

Voting on the definition and several candidates running for student government takes place from March 22 to March 26.

A number of anti-Semitic incidents have taken place on campus in the past few years, including the discovery of graffiti and fliers around campus that feature swastikas, according to The Minnesota Daily.

Hillel assistant director Mackenzie Litt said “the IHRA definition is currently the most widely accepted definition, providing an educational tool for various governments, organizations and universities around the world. Adopting this definition would provide the U with a compass.”

In an open letter on March 19 to the Daily, pro-Palestinian Jewish students and 180-plus university community members voiced concern about the definition, saying it “does not lessen the threat of anti-Semitism, and concerningly, has been used to conflate legitimate criticism of Israel with anti-Semitism, obstructing political and academic freedom.”

The authors of the letter also claimed that the definition could suppress free speech, especially those of Palestinians, to criticize Israel.