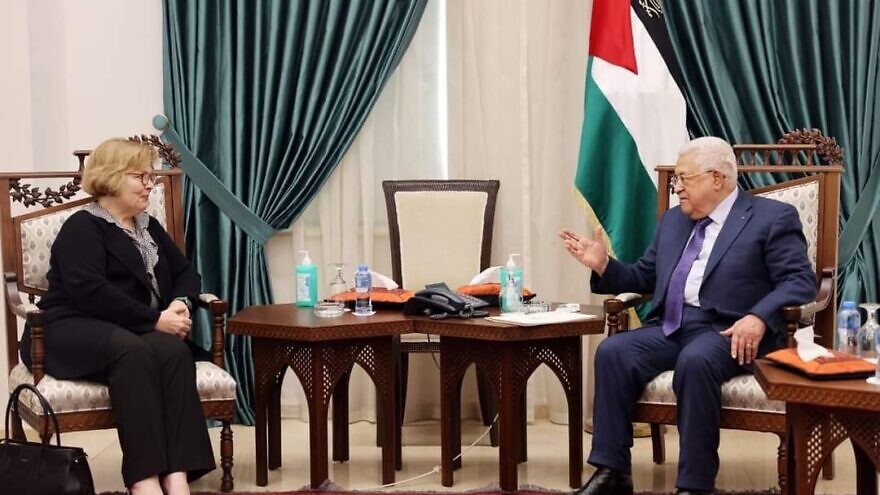 (September 4, 2022 / JNS) United States Assistant Secretary for Near Eastern Affairs Barbara A. Leaf on Saturday completed a series of visits to Israel and the Palestinian Authority to discuss a “range of priorities” with senior officials, the U.S. Embassy in Jerusalem said.

Discussion points included “the United States’ ironclad commitment to Israel’s security, strengthening U.S. cooperation with Israel and the Palestinian Authority, U.S. interest in improving the quality of life for the Palestinian people, and the Administration’s continued support for a two-state solution,” the embassy said in a statement.

Following her three-day visit to Israel and the Palestinian-controlled territories, Leaf arrived in Jordan on Saturday for a two-day visit, in order to discuss American-Jordanian relations on a range of issues with Jordanian Foreign Minister Ayman Safadi and other senior officials.

In July, Biden announced the intention of Washington to enter into a new MOU for assistance to Jordan, in which the United States plans to commit to provide $1.45 billion per year in foreign assistance in the years 2023 through 2029.

The White House described it as “one of the most significant bilateral instruments of its kind,” adding that “the MOU represents a major U.S. political commitment to Jordan’s stability and the durability of the partnership. The MOU is designed to address Jordan’s extraordinary needs, support King Abdullah II’s economic reform program, and ensure the long-term strength of the close partnership between the United States and Jordan.”